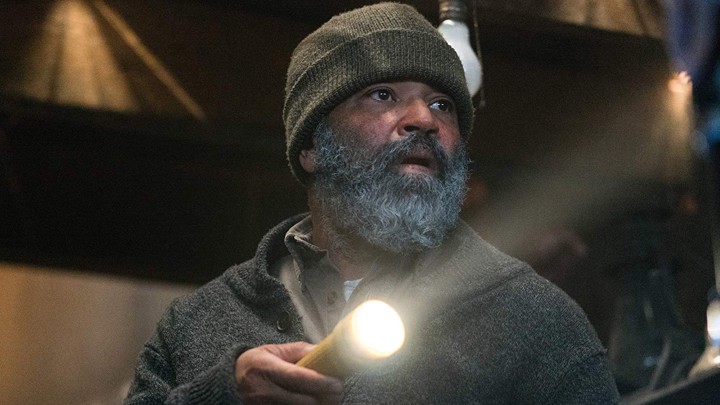 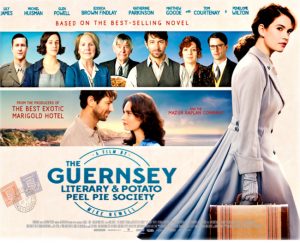 A fine, romantic period drama, stewed in the bones of 84 Charing Cross Road and any number of WWII-era tales of British privation. This most clumsily-titled film earned a cinematic release in the UK, but not here. It’s too bad because it’s a good-looking picture, with lovely seaside locations, directed by Mike Newell (Four Weddings And A Funeral, Donnie Brasco) from the Mary Ann Shaffer and Annie Barrows book. It’s the story of a London writer (Lily James) who finds a fairly flimsy and unlikely excuse to visit a book club (including Tom Courtenay, Michel Huisman, Katherine Parkinson, and Penelope Wilton) on the island of Guernsey in 1946, just after the end of German occupation. There she finds a mystery—the disappearance of book club member (Jessica Brown Findlay) who’s been taken away by the Germans to the continent—and makes it her job to find out everything she can about her, despite a wealthy American fiancé (Glen Powell) and London publisher (Matthew Goode) begging her to return to London. 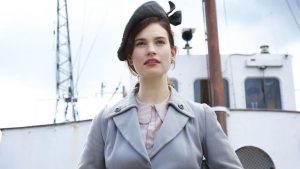 Structurally it’s occasionally as clumsy as its title, giving too little attention to a few characters (Jessica and German guy, we barely knew ye), with flashbacks to events in the war pitched at more melodramatic wavelength than the “present day” stuff,  leaving the characters to carry the heavy sentiment in those scenes’ wake. Fortunately, with this solid cast, they’re up to the task. 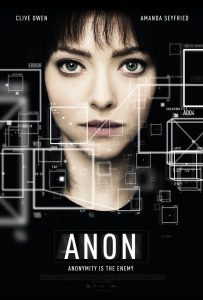 It’s not often I recommend a film largely, essentially, for its production design and cinematography, but this is one of those times. A noirish, monochromatic science fiction thriller—the specialty of writer-director Andrew Niccol (The Truman Show, Gattaca, In Time)—the world he sets his story in is the real draw. It’s a Kafkaesque society with no privacy, where everyone can see everyone else’s identity in their eye-screens and record their every moment (a la the Black Mirror episode, “The Entire History of You”) as they stroll about a pristine amalgam of New York and Toronto (shot in both cities). Cynical cop Sal (Clive Owen) mourns his dead son (not the only touch of Minority Report here) while he investigates a series of killings where the victims’ memory recordings have been hacked. The hacker can even alter others’ perception in real time. It’s a good trick, but despite all her power and ability (which is never satisfyingly explained) everything still points to Amanda Seyfried’s mystery woman with the terrible wig as the killer. 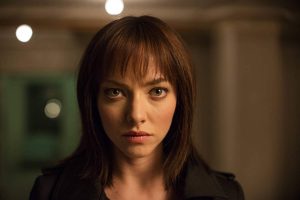 It’s unfortunate the red herrings are so obvious, and despite the ever-welcome presences of Canadian stalwarts Colm Feore and Joe Pingue (who worked together on the 2004 car-chase thriller Highwaymen, an odd fact I know cuz I did, too), the film never gets us to care about its machinations, which kills any chance of suspense. But that’s OK: Just enjoy the world Niccol has created. It’s towering, cold, and beautiful, like a glistening science-fiction iceberg. 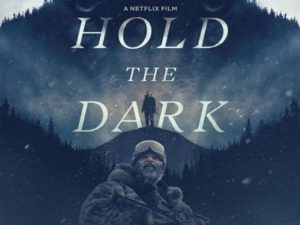 Here is a deeply gloomy thriller from Jeremy Saulnier, the filmmaker whose last two features, Blue Ruin and Green Room, were two of the best genre pictures in the past decade. Comparatively, Hold The Dark is a disappointment—the kind of movie where every character seems so grim and damaged it’s amazing everyone’s still standing up and walking around.

Written by Saulnier’s buddy, actor-director Macon Blair, from a novel by William Giraldi, we follow wolf expert and writer Russell Core (a whiskery Jeffrey Wright) who’s been asked by a young mother (Riley Keough) in a town in remote Alaska  to track down her boy who she claims has been abducted by a wolf pack. Why she asked him, and why he agrees, is a bit of a mystery, and not the only one that’s never satisfied.

What Core discovers is far more chilling than a child taken by lupine predators (think about that), with the woman’s bloody-minded soldier husband (Alexander Skarsgaard) coming home from Iraq with vengeance on his mind. Like I said, damaged people.

Like his previous films, Hold The Dark delivers a sense of authenticity when it comes to place, punctuated by bursts of sudden, grisly violence—a mid-movie machine-gunning set-piece brings that kind of bunch big time—with added flashes of horror spookiness. What’s missing here are leads you end up investing in, and a lack of compounding tension through the two+ hour running time. You may want to hold onto the dark, but this picture makes it feel like we’re just swimming around in it.

I compare Saulnier favourably with talented (and Academy Award-nominated) filmmaker Taylor Sheridan of Hell Or High Water and Wind River. This feels a lot like that latter picture, with its wintry locales, despairing tone, and supporting cast including indigenous characters not necessarily best served by the material. Further comparison to Wind River, this film leaves the pervasive impression that it has something of value to say, but everyone (including the filmmaker) is speaking with marbles in their mouths, sacrificing coherence for the sake of atmosphere.