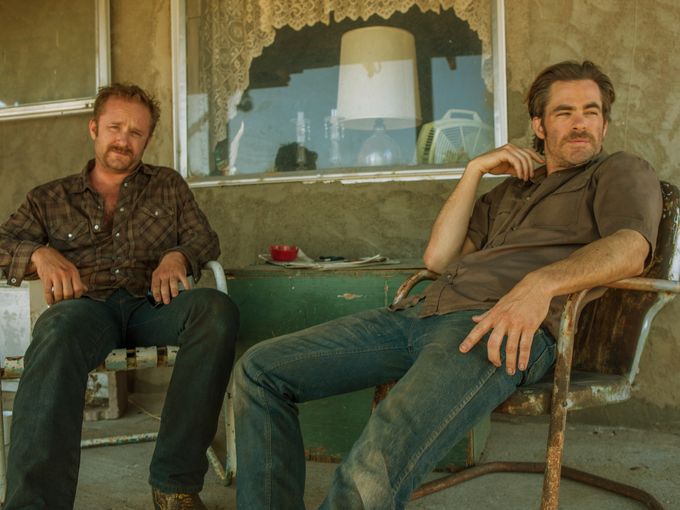 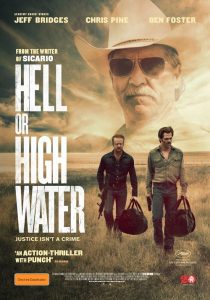 In Thunderbolt and Lightfoot (1974), a 25-year-old Jeff Bridges joined Clint Eastwood as a pair of bank robbers in rural Montana. Forty-two years later Bridges is on the other side of the law, but Hell Or High Water feels a little like a spiritual sequel to that Michael Cimino classic.

Chris Pine, every inch the movie star, and Ben Foster, are Toby and Tanner Howard, two West Texas brothers spending their mornings hitting small town branches of a certain regional bank, taking just the small bills that can’t be traced and legally laundering the cash at casinos. Turns out their recently deceased mother was up to her eyeballs in debt and the bank is days away from foreclosing on the family ranch, a ranch that’s sitting on a small fortune in oil. The idea is to steal the balance of the debt from the very bank it’s owed to.

It’s a clever scam, one planned by the law-abiding divorcee, Toby. Tanner is the hothead ex-con who’s never quite had it together, though Toby’s not to be messed with, either, as a douche in a guac green Challenger learns when Toby kicks the living crap out of him.

Bridges is Marcus, a Texas Ranger approaching retirement—like Tommy Lee Jones in No Country For Old Men, which this film superficially resembles, especially in its Texas locations, though maybe even more so the Coens’ Blood Simple. Bridges talks like he has a mouth full of marbles, making much of what he says incomprehensible. That might not be a bad thing, since he spends much of the running time baiting his partner, Alberto (Gil Birmingham), with put-downs of his Native American and Mexican heritage. Despite his redneck attitude, Marcus still has some teeth in his head, and starts to piece together the brothers’ plans. 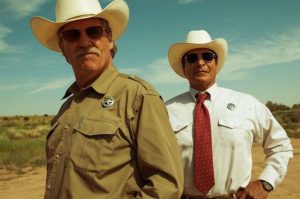 Part modern western and part crime drama, Hell Or High Water delivers in every way it matters: a dynamite script by Sheridan, who penned last year’s Tex-Mex thriller Sicario, MacKenzie’s confidence with the direction and camera, a deft delineation of character, plot, and not a little humour in the dialogue to enliven the proceedings. A few dry laughs are drawn from the fact that if you’re a bank robber in Texas, it’s a fair bet that most of the folks you’ll hold up will be armed, too.

But what lifts the film beyond even the satisfying execution of its genre tropes is the care to place it deftly in 2016. The bankers in America got away with highway robbery, and everyone knows it—from the waitress with a mortgage to the old men whose country it’s no longer.