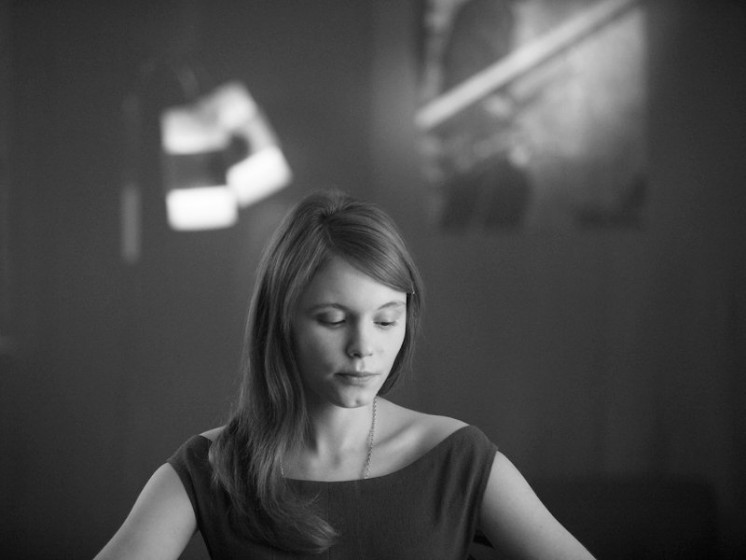 A few impressions of films now available on one of the alternative platforms—Netflix, DVD, Blu-Ray, VOD, iTunes, what have you—that didn’t open in local cinemas. 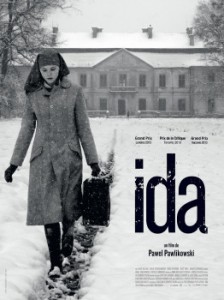 A spare and gorgeous black and white drama from filmmaker Pawel Pawilikowski (My Summer of Love, The Woman In The Fifth), Ida is set in Communist Poland in the early 60s, about a young woman (Agata Trzebuchowska) who, on the verge of saying her vows to become a nun, discovers she’s Jewish. She and her aunt (Agata Kulesza), an alcoholic judge, drive across the country to uncover the fate of her parents in the war.

Ida‘s visual austerity suits its subject matter like a habit. Shooting in a 1.37:1 aspect ratio, Pawilikowski finds a quiet beauty in the grey, muddy expanse of rural Poland. Scenes are framed to allow a lot of space above the characters’ heads. Ceilings and hallways prevail, and often characters will lose their mouths to the bottom of the frame—silenced by history or the heavens above—but a dark undercurrent of wit remains. 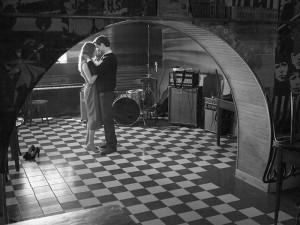 Kulesza and Trzebuchowska are both excellent in their roles, the latter managing a powerful performance with very little dialogue, finding both a stillness and a restless, existential schism in her heritage journey. Themes of family, where personal history butts up against national experience, and the ability to choose your own path in life are generously explored.

An outstanding and unusual film, it’s not to be missed. 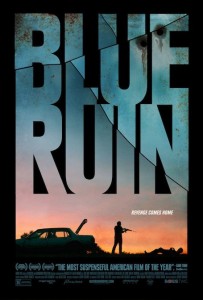 The second feature from Jeremy Saulnier, who writes, directs, and shoots, is a lean and suspenseful revenge thriller rooted in a powerful central performance by Macon Blair.

Blair is Dwight, a man living rough in a car on a beach somewhere. He doesn’t seem to be mentally ill or an addict, just a sad, unkempt man who keeps to himself and has very little to his name. When a police officer tells him a man from his past has been released from prison, Dwight is gripped by a sense of purpose. Turns out the man in question, named Wade, was responsible for the death of Dwight’s parents. Dwight’s mission of vengeance brings him back to his Virginia hometown and the complications that arise from violence, from connections with his old friends and family, and with Wade’s family, is the core of the film. 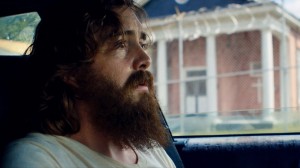 A terrifically taut revenge drama, it’s rooted by Blair’s vulnerability. The film is full of long silent, deliberate periods as we watch Dwight plan and execute. But unlike the action stars who usually feature in revenge dramas, Dwight has no special skills. He’s just a guy who burns with obsession to spill blood, but he’s also sensitive enough to predict and try to curb the unintended results of his actions.

Blue Ruin is an unexpected joy—the kind of indie thriller I wish opened in cinemas here because more people should see it. 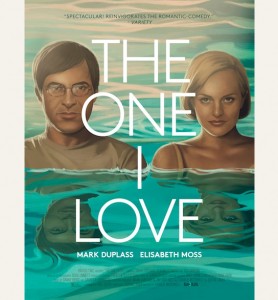 The One I Love

In it, Mark Duplass and Elizabeth Moss are a couple attending couples’ therapy (with cameoing Ted Danson) in an attempt to save their marriage. They end up heading to a weekend retreat, a lovely remote home with a swimming pool and guest house. In the guest house they find duplicates of themselves, but they can only enter one at a time. When they do, they only find their partner’s alternative self. And, wouldn’t you know it, to one of them the alternative seems much more attractive than the actual.

This fantasy allows a sharp and frequently funny examination of the particulars of relationships—the polar dynamics, from idealizing our partners to acknowledging there’s a point beyond which we won’t go to work on our love life, especially when presented with a fresh possibility. 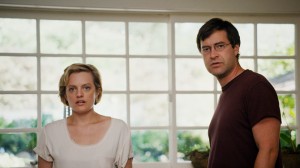 There are some confusing moments through the second act when the “rules” of the situation are being ignored by both parties—or is that all four parties? But in the denoument we’re presented with a delicious twist that brings things to a satisfying conclusion.

The performances from the two leads playing two characters, often interacting with each other (and themselves) are dazzling, as are the effects that allow for that to look so seamless. The concept, which effortlessly confines the characters to a single location for the bulk of the shoot, is very clever. It must have allowed for a reasonably tight budget, but it never looks cheap.

While the convolutions of the script don’t always work, for sheer originality the filmmakers deserve a big hand. 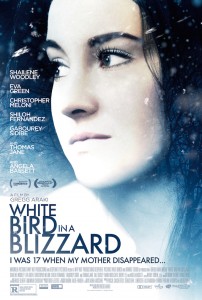 White Bird In A Blizzard

In the 1990s filmmaker Gregg Araki was something of an enfant terrible of American cinema. I’ve considered him along with Todd Haynes and Todd Solondz as the guys scraping at the American underbelly, telling tales of sex, guilt, doubt, illness, and how love informs all that. I haven’t kept up with Araki’s work in recent years, but if this film is anything to go by, it seems he’s spinning his wheels.

A suburban teenager, Kat (Shailene Woodley), spends a lot of time thinking of her femme fatale mother, Eve (Eva Green), who disappeared without warning one night. Kat and her milquetoast father (Christopher Meloni) manage to continue on in life-as-normal mode, while Kat explores her sexual awakening with the none-too-bright guy next door (Shiloh Fernandez) and a detective (Thomas Jane) assigned to the case of her mother’s disappearance.

This material has lots of promise, but the film feels flat and lifeless. It feels like Araki is just going through the motions, staging his scenes without any suspense or movement. And it’s some kind of crime to cast actors this talented and not bring the best out in them. Even Green, one of the most magnetic performers working today, can’t find a way to set this alight.