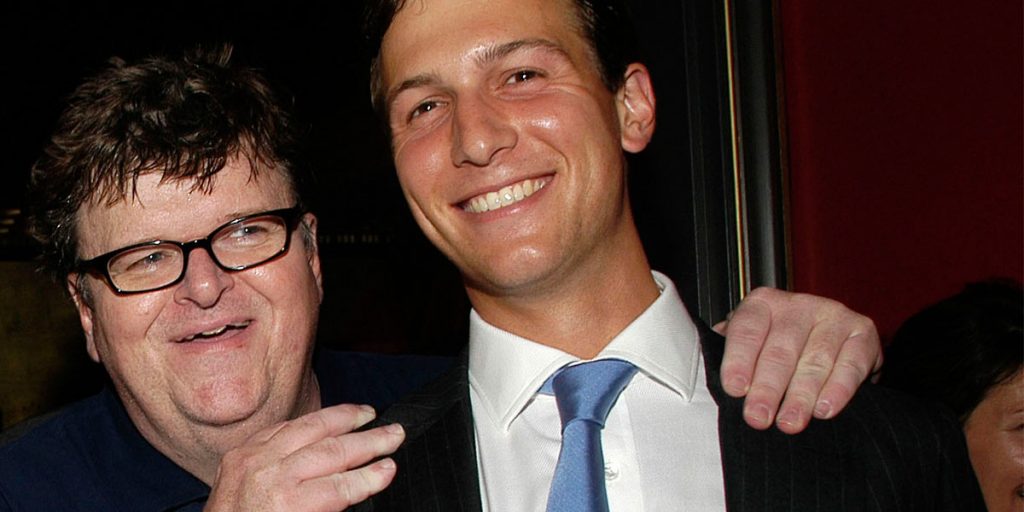 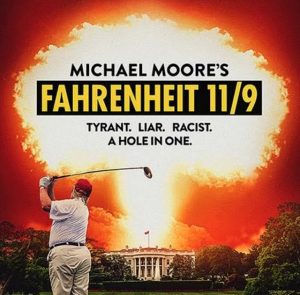 As a centrist Canadian-Dane, I’d make a radical Yank, and so frequently find myself in Michael Moore’s political wheelhouse. I’m concerned about many of the same things he’s concerned about, and I tend to agree with him on the ways these socio-political problems need to be addressed.

I also think Moore’s a provocateur, deftly mixing facts and opinion. He uses many of the same propagandist tactics used by the media he criticizes, the Fox Newses of the world. He puts himself front and centre of his documentaries, frequently to their detriment—Where To Invade Next was almost scuppered by his need to fill the frame . Maybe back in the Roger And Me days his everyman persona was an effective tool for drawing attention to his causes, but stunts like driving a tanker truck full of Flint Water and spraying it over Michigan governor Rick Snyder’s fence doesn’t do much for his cause—it just makes him look ineffectual. And Moore’s happy to criticize President Barack Obama for his response to the Flint Water crisis, while neglecting to mention Obama declared it to be a federal state of emergency in January, 2016.

But he’s not wrong: Obama is at least partly to blame, along with the federal Democrats, for helping create the environment that allowed Donald Trump to take power in the United States. Credit to Moore, he predicted Trump’s victory, for all the good it did any of us. Great swaths of people are so disenchanted with the political elite in the US they didn’t show up to vote. But it’s also nowhere near as simple as Moore makes it out to be, and he picks targets without offering the full picture, which just feels like more evidence of his confirmation bias. 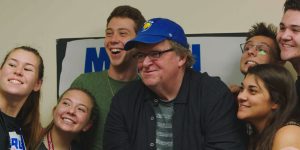 I can’t deny Moore’s documentary is entertaining, especially when he keeps his focus on the media and labour issues—I enjoyed his framing of the West Virginia teacher’s strike. His closing volley, a comparison of Hitler’s autocratic rise with Trump’s, is plenty sobering, but it’s not new. Maybe the best thing I’d say about his work is it encourages people to go home after and check his reporting, read up on what’s happening in the world. 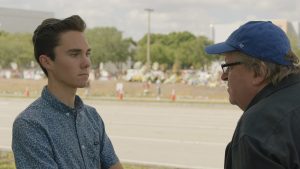 Is American democracy on life support because both of the major parties are in the pockets of big business and Wall Street? Yes. Is it mostly the fault of The Republicans? They’re not helping. Is gun violence still a massive problem that won’t get solved without voters taking a stand and getting rid of the NRA-funded politicos? Most definitely.

Is this stuff we already knew, and is Moore using his sensationalist tactics to drive home a case we’ve heard presented more objectively elsewhere, like in a plethora of news outlets available to us here in Canada and around the world through our handheld devices?