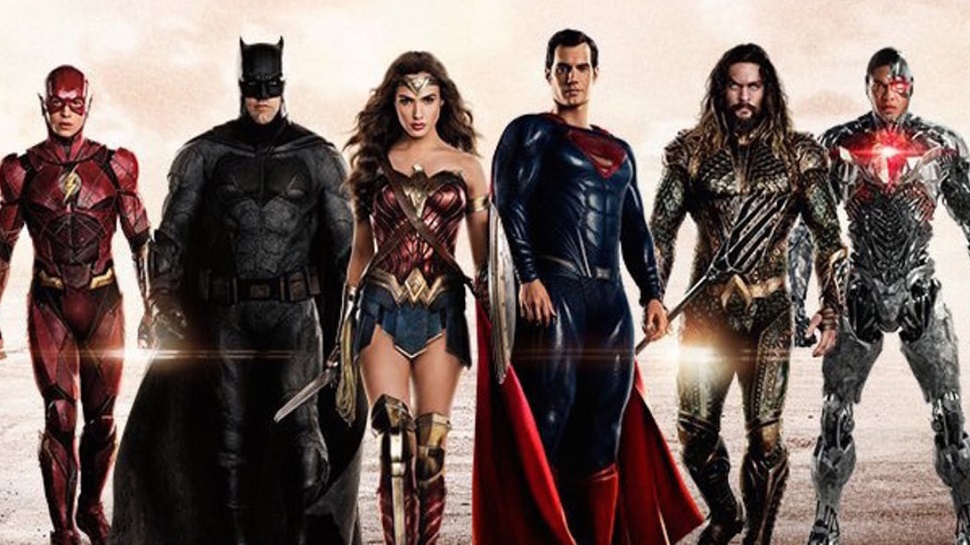 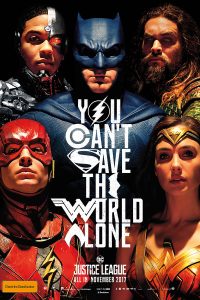 Growing up, I was more of a Marvel guy than a DC guy, with the exception of Batman,Teen Titans, and Keith Giffen’s work (with Paul Levitz) on The Legion of Superheroes and (with JM DeMatteis) his comedic take on Justice League International.

Those surprisingly funny Justice League comics would’ve been a great model for this movie: Batman is the straight man, humourless and intense, surrounded by goofballs and blowhards like the Guy Gardner Green Lantern.

Instead, DC and Warner Brothers have finally embraced the idea that Marvel’s combination of character, effervescence, and super-hero action is what people want—the angsty gloom of Snyder’s Man Of Steel and Batman Vs Superman  clearly isn’t working. The problem is two-fold: this approach can’t help feeling like a substandard copy coming second to the party, and this cast isn’t nearly as compelling or magnetic as Marvel’s stable of heroes—with the exception of Gal Gadot and Amy Adams. As far as it goes, Justice League isn’t without light entertainment value—in a Saturday-morning cartoon kind of way—and that’s saying a lot more than, say, Suicide Squad, a trailer masquerading as a movie. 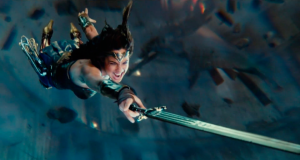 Superman (Henry Cavill) is dead, but alien invaders are still a thing: A CGI oak-that-walks named Steppenwolf (voiced by Ciaran Hinds) with a big axe shoots down on a lame-ass CGI sky-tube, looking for three magical “Mother Boxes” he’ll use to destroy the planet. They’re kept safe by the Amazons, the Atlanteans, and the humans, but not for long. Bruce Wayne (Ben Affleck) and his trusty man-at-arms Alfred (Jeremy Irons) put together a team of earth protectors; Wonder Woman/Diana (Gadot), The Flash/Barry Allen (Ezra Miller), Aquaman/Arthur Curry (Jason Momoa), and Cyborg/Vic Stone (Ray Fisher). The aping of the Avengers continues—the alien artifacts of power, the combative heroes thrown together, the swarm of faceless alien warriors—though the CGI in that film, five years old, was a lot better. When they brought Whedon onboard to finish this project after Snyder had to depart due to a family tragedy, the Avengers director must have felt very at home with this material.

The characters manifest reasonably well given the speedy introductions required before they move on to the sludgy battle scenes. Aquaman is a heavy-drinking surfer dude who spends his winters getting friendly with Icelanders, Flash is young, hungry, and fidgety, and Cyborg is sullen. He’d be a more impressive character if the design of his custom mechanics made any sense at all—who thought glowing, crinkled tin foil was a good look? 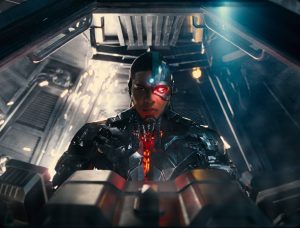 Batman has a scene or two where he gets to roll out a few new toys, but as Bruce Wayne, Affleck feels flat and uncommitted. The thing that made Christian Bale so well-suited for the role was his method-y obsession, and in the last movie Affleck was convincingly bitter and jaded—it wasn’t great for the character, but at least it was an ethos. Here he just comes off as bored, or worse, a Superman fanboy. 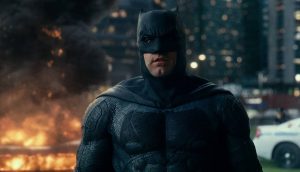 That leaves Wonder Woman to carry a lot of it, which she does because she’s still far and away the best thing in the DCU. When Superman finally returns, as you know he will, Cavill seems to have forgotten he’s playing an American. The tales of the bad CGI to hide his moustache—grown for a role in the next Mission: Impossible movie but erased digitally when reshoots for this film were required—have been exaggerated. I didn’t notice anything amiss, especially.

Otherwise, this isn’t the disaster some of the other DC movies have been, but neither is it terribly memorable, just another generic superhero movie that may well be pushing audiences to tire of the genre.

But one especially nice touch is the Danny Elfman score. He couldn’t resist bringing back a snippet of his original theme from Batman (1989),  which is delightful, and I’d liked to have heard more of it.