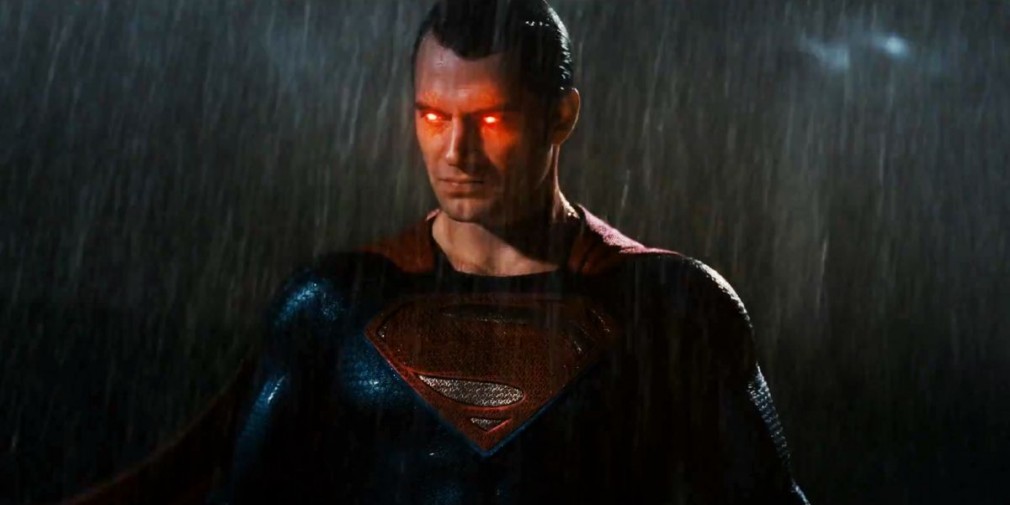 What a mess. That remark was one of my cinepanion’s first upon leaving the cinema after this battle of comic book titans, and I can’t deny her point of view. Zack Snyder’s new, sprawling feature tries to do too much, jaggedly dashing from one character to another, filling the gaps in his narrative with noise and spectacle, almost entirely missing the one requirement in a movie like this: fun.

In the producing chair again—following Man of Steel—is Christopher Nolan, the director of the Christian Bale Batman movies. But, as I’ve said before, Snyder is no Nolan. The director of Batman v Superman has style, some of it borrowed from Nolan’s Batman—the gunmetal grey look of everything, the tactile, high-impact battle sequences—but absent much of the storytelling coherence, thematic depth, or almost any sign of the wry, mordant humour.

We start with a retelling of the Bat-myth, how Bruce Wayne (as an adult, Ben Affleck) was orphaned. He’s been fighting the battle against crime in Gotham for 20 years, and he’s gotten cynical. His loyal operations assist Alfred (Jeremy Irons) tries to remind him of who he was, but he’s living in the shadow of the caped hero from another planet who’s set up across the bay in Metropolis. It’s made him impotent and may be informing all the weird, high-production-value, but mostly incomprehensible, nightmares he’s having.

Meanwhile, said god-like alien (Henry Cavill) is a controversial figure in the culture, this despite his having saved so many lives, recently including his live-in girlfriend, journalist Lois Lane (Amy Adams). She ran afoul of terrorists, gunmen in the service of irritating tech industrialist Lex Luthor (Jesse Eisenberg), who’s conspiring to ruin Superman’s good name with the people (here represented by Holly Hunter’s Senator Finch) and acquire fragments of Kryptonite in order to fashion an anti-alien weapon.

And this is all in the first 20 minutes. It only gets more hectic from here on.

Snyder and his screenwriters throw everything they’ve got at this movie, and some of it is interesting: How does humanity—here unfortunately still gendered as “man” or “mankind”—deal with the presence of superhumans in its midst? How do costumed heroes age? Some of this conversation is lifted wholesale from Alan Moore’s Watchmen and Miracleman and Frank Miller’s The Dark Knight Returns, but since Snyder adapted the former into a movie, he’s allowed. These many existential questions, mostly left unanswered, make you wish DC and Warner weren’t in such a hurry to commence their shared universe and had gone for another single Superman movie, following Man of Steel, and maybe another Batman movie, where some of these issues might have been explored more clearly without the constant need for action set-pieces and world-building.

They do manage to squeeze in some thoughts on the collateral damage to human beings and infrastructure from Man of Steel, and I appreciated that tack. The film also manages to explain Batman’s gravelly voice, but while messing with those details, massive plotholes yawn beneath the picture, threatening to swallow it whole.

It makes you appreciate all the more the accomplishment of Joss Whedon’s Avengers: a light touch and a plot that makes sense, in as much as a movie about men in tights needs to make sense.

Here there’s a suggestion of a relationship between Clark and Lois, but not nearly enough to carry the drama that comes later. There’s a suggestion Lex Luthor has the kind of resources to learn about Superman and his origins, but not enough for us to understand how he discovered his secret identity. And there’s a suggestion of Bruce Wayne’s skepticism, but not enough to make us understand or sympathize with his reasons for wanting to kill Superman, or why he becomes so susceptible to Luthor’s manipulations. For about 20 minutes the movie turns the Caped Crusader into the villain, which might be its biggest problem. 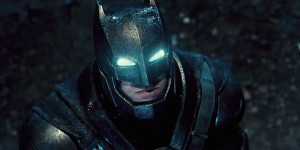 Others include Cavill, who remains a flat and unsympathetic American hero, and Affleck, who growls and grouses but doesn’t come near to conveying Bale’s method-y obsession. The introduction of the wider world of DC heroes, including glimpses of The Flash and Cyborg, are confusing rather than thrilling—Aquaman’s first appearance is especially damp. And I haven’t even mentioned the dull, CGI-heavy battle-fest filling the last 30 minutes, the superannuated damsel-in-distress motif, or the irritatingly on-the-nose Hans Zimmer operatic score. 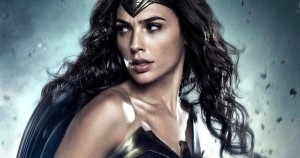 The introduction of Wonder Woman (Gal Gadot) is one bright spot in the gloom. Her musical theme has a marshall beat, and she actually seems to be having a good time. I wish I could say the same thing.