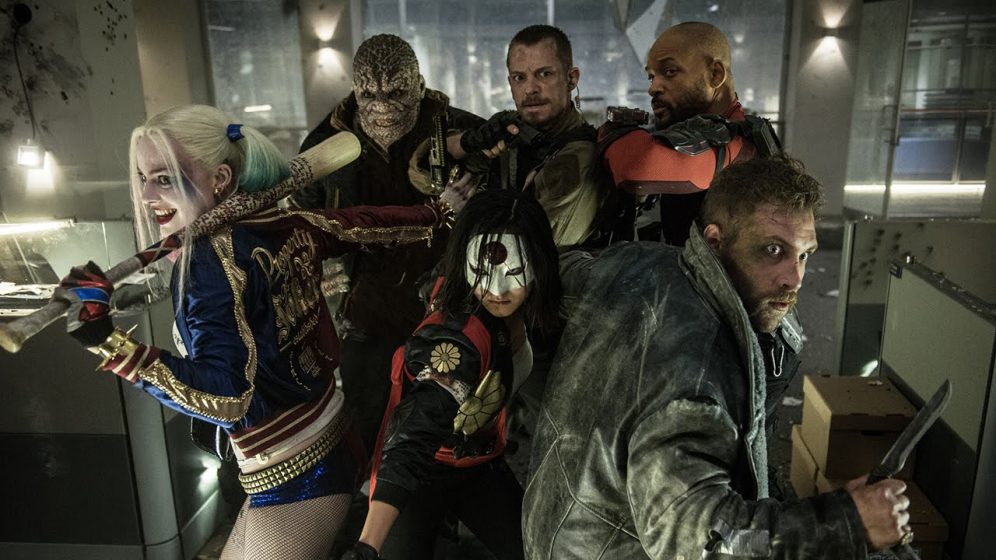 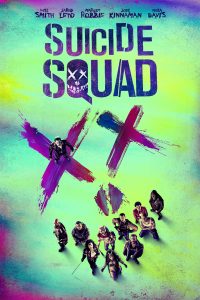 On paper, DC Comics and Warner Brothers are doing the right thing, employing directors with passion and style like Zack Snyder (Watchmen)  and David Ayer (Fury) to helm their big-budget superhero movies. So how come they’re going wrong?

While Snyder delivers the visual sucker punch, he has trouble with narrative depth. Ayer is a gritty filmmaker in the Sam Peckinpah vein, carving out a career of telling suspense stories, tales of groups of (mostly) men in worlds of crime and war—he scripted U-571, Fast & Furious, Training Day and Sabotage. Fury, which he also directed, delivered high-impact drama. A switch to superhero movies should work. But Suicide Squad is a big mess, with little evidence of Ayer’s sure hand on the directorial reins.

There are pleasures to be had in the production design and a few of the performances, but while it represents a positive step after the serious problems with Batman v Superman: Dawn of Justice  (some sporadic actual fun, for instance), it’s still a misfire. In its genre, it seems tonally closest to Tim Burton’s two Batman movies, with a splash of Deadpool for good measure, but the action scenes and internal logic are DOA.

The first act is basically montage. A bold choice that doesn’t really work, but Ayer wants to get up to speed on all the backstory of his ensemble as quickly as possible, so he matches the character intros with a hit parade of classic songs. Half the budget must have gone to licensing.

Security operative Amanda Waller (Viola Davis) has dinner with a couple of suits (including the very busy David Harbour) and makes her case for using meta-humans to deal with meta-problems coming down the pike—the next Superman could be a terrorist. Why not coerce these bad guys they’ve got locked up in a maximum security hoosegow in a Louisiana swamp: Assassin Deadshot (Will Smith), apocalypse punk Harley Quinn (Margot Robbie), tattooed fire-starter Diablo (Jay Hernandez), sewer-dwelling reptile Killer Croc (Adewale Akinnuoye-Agbaje), and beer-and-unicorns-adoring Aussie, Boomerang (Jai Courtney). They’re led by military man Rick Flag (Joel Kinnaman), who’s in love with a woman (Cara Delevingne) possessed by an undead witch.

And I haven’t yet mentioned the wild card: The Joker (Jared Leto), solely motivated by his affection for Quinn. Oh, and a woman named Katana (Karen Fukuhara) and her soul-stealing sword. 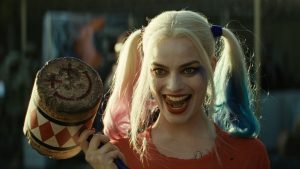 Despite this effort to provide concentrated background up front, the film is overstuffed with underserved characters (Adam Beach, we hardly knew ye) and far too many plot threads are left dangling. In the prison we get to know a guard with a gambling problem, Griggs (Ike Barinholtz), who makes life difficult for a few of the super-powered inmates. Deadshot promises to enact his revenge for the mistreatment, but then Griggs vanishes, a victim of the movie’s narrative sloppiness.

The main thrust—the undead witch and her brother are threatening to destroy Midway City (for fun, play spot the many Toronto locations) so our bad guys are injected with explosives (in case they decide to misbehave) and sent out to stop the really bad guys. The team has no idea what they’re really doing, and for large swaths of time, neither do we. Unlike the rest of the cast, the genuine villains are spared the condensed flashbacks, so we never understand where they’ve come from or why they’re so pissed off, and the fights with an army of undead soldiers have no lasting impact. The final CGI-fest is the dullest of the summer next to that painfully fake wildebeest stampede in Tarzan.

Not all of it is dire, however: the parts that work are largely thanks to key cast members bringing something special to the table. Highlights include Robbie, who makes Quinn breathe. She makes you wish the movie around her was better.

Through a lot of make-up, Hernandez turns Diablo into a sympathetic and tragic figure. Davis is probably the single most interesting character—I’d watch a movie just about her and her moral relativism. And I like that there are at least three romances in the picture—though Quinn’s abusive relationship with the Joker is appalling—pushing the material in a different direction. There’s a genuinely anarchic, unusual, and psychedelic superhero movie buried in here, but it feels too corporate and compromised to show up.

The ensemble also has a few liabilities: I can see why Tom Hardy bailed from the one-note role of Boomerang—and Jai Courtney, you are no Tom Hardy. Killer Croc gets a couple of good gags but is otherwise not much more than a pretty face, while the Joker is a disappointment. Leto distances the character from his last big screen appearance—Heath Ledger’s Oscar-winning performance in The Dark Knight—by giving him facial tats and grills, turning him into a gangster. It’s a nice idea, but he’s otherwise totally underwritten, a pale ghost haunting the film’s margins, neither scary nor funny… mostly just creepy. You wonder what Quinn sees in him. 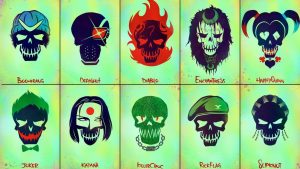