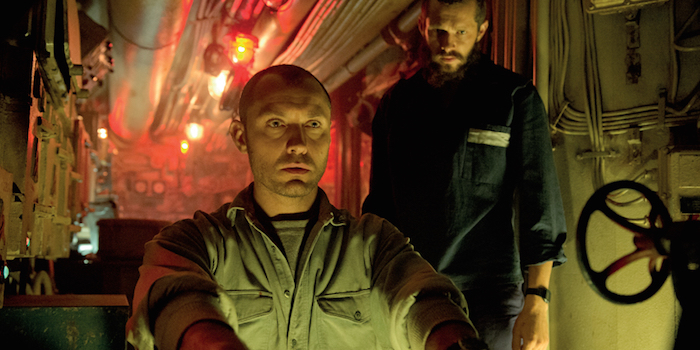 A few thoughts on movies now available on VOD, DVD and Blu-Ray A powerfully sui generis western, the kind of a story that steps over so many of the generic Hollywood screenwriting conventions you’ll never see where it’s going. Director and star Tommy Lee Jones adapts a Glendon Swarthout novel about a woman in 1850s Nebraska named Mary Bee Cuddy (Hilary Swank), who’s, in the words of Jones’ whiskered cowboy George Briggs,  “plain as an old tin pail, and bossy.”

The odd couple travel across the country to deliver three women driven mad by the west to sanctuary in less unforgiving and isolating territories. Spotted with jagged flashbacks to the three women’s miserable pasts, the journey is full of unpredictable event, from impulsive marriage proposals to suicides. It can be grim viewing, but directed with real verve and, occasionally, a sharp eye for the beauty of the landscape. By centring the story on the female experience in a brutally patriarchal society, Jones creates a more progressive version of the typical male heroic journey we see in most westerns.

Swank and Jones are terrific in their roles, and the film is also worth a look for a brief but typically stellar appearance by Meryl Streep and a very fine wig on James Spader. I think I’m starting to get what Jason Reitman is trying to do.

He’s the filmmaker who made a big critical splash with his first few features: Thank You For Smoking, Juno, Up In The Air, and Young Adult. Then he directed the widely panned Labor Day, a Nicholas Sparks-esque tale of a woman and the escaped convict who falls in love with her, set in the 1980s but feeling a lot like a syrupy 1950s melodrama.

Now we get Men, Women & Children, which mines a little of the spirit of Ordinary People, a different kind of family melodrama updated for the information age. We meet a group of suburban middle-aged parents—all dissatisfied with their lot in one way or another—and their alienated teens, all of whom live online. There’s a didactic, after-school special quality to this heavy-handed ensemble tale, as everything bad that can happen via the internet eventually does: for teens its distraction, bullying, and suicide. For adults its manipulation, escorts, and infidelity. Overall, it feels like a PG version of something Todd Solondz might come up with. Bottom line is I’m OK with a filmmaker who chooses to explore unfashionable genres, even if it seems weirdly counterintuitive and hokey. You just keep on going, Jason. It’s almost, though not quite, a genre: the mumblecore music movie. The most recent entry was Begin Again, which didn’t wow me. This one works better, simply for being more direct—fewer moving parts.

Anne Hathaway is Franny, an anthropologist working in North Africa who rushes home to New York to be at the hospital bedside of her estranged brother Henry (Ben Rosenfield), in a coma after having been hit by a car. He’s a busker and a big fan of a touring musician, James (Johnny Flynn), popular in the Hozier mode. (I actually found Henry to be a more interesting singer than James, but that’s neither here nor there.) As Franny rambles around New York, checking out all the places Henry liked to hang (she knows this due to her rummaging through his journals), she connects with James at one of his shows and they spark. And that’s pretty much it. Song One is a sweet, tiny film of moments, heavily character-, location-, and soundtrack-driven, and sustained by Hathaway’s effortless charisma. It’ll likely evaporate from your mind minutes after watching it, but it’ll be lovely while you’re in it. I’ve made fun of French cinema in the past for its cliches and obsessions: the sensual and intellectual life, and older men macking on beautiful young women. Here’s another that luxuriates in those cliches but with a charm that’s undeniable.

A take-off of Flaubert’s Madame Bovary, director Anne Fontaine serves up a pastoral sex dramedy about a bored British woman (Gemma Arterton) and her husband who move to the French countryside. The local baker (Fabrice Luccini) becomes obsessed with her, and, observing affair with an unworthy younger man down the road, schemes to get her back with her man. It’s all gorgeous to look at, full of flirting and people drinking wine and eating cheese in their beautiful, summery backyards. It ends quite tragically, which should be no surprise to readers of the original text, but the meandering garden path getting there is fun. Recent years have seen a few too many teen vampire movies and TV shows, but the tide is turning:  The undead are getting a little more adult, a little more terrifying and sexily intriguing. The chilly and amazing Swedish film Let The Right One In may have started it. Then we had Byzantium and last year’s excellent Only Lovers Left Alive.

Now available is something weirder than all of them. This is a black-and-white Iranian film, directed by Ana Lily Amirpour, shot just outside Los Angeles. It’s totally punk: as if Jim Jarmusch had decided to make Only Lovers Left Alive back in the 1980s circa Down By Law. Except in Persian. A random collection of largely nocturnal characters wander the city, along with an alienated, skateboarding vampire. It’s light on plot but heavy on atmospherics, it insinuates powerfully. An aficionado of the bloodsucker? This is essential viewing. I’m a real fan of the submarine thriller. Show me a bunch of men in a steel can at the bottom of the ocean and I’ll show you a slice of white-knuckle suspense. And that’s exactly what director Kevin Macdonald (The Last King of Scotland) has delivered with this gritty little picture.

In Dom Hemingway and here, Jude Law has embraced middle age, successfully sloughing his leading man prettiness (and passed it on to someone else, maybe James MacAvoy) to become a hard man on screen. He leads a motley collection of Russian, British, Aussie, and American submariners, hired to retrieve a stash of gold from a downed Nazi sub somewhere on the sea floor off the Crimean peninsula. Desperate men who’ve been screwed over all their lives, they get a whiff of the riches in store and one or two start to imagine a bigger share if others die. That, along with a mutual distrust between East and West, provides all the motivation for a shiv in the guts, and worse.

Some of this is boilerplate, a direct descendant of sub movies of the past, such as The Hunt For Red October, but it also owes a debt to the sweaty suspense of Wages of Fear and Treasure of the Sierra Madre, and, interestingly, some of the close-quarter fear of Aliens, with Scoot McNairy in the Paul Reiser rat fink role.

There’s plenty of b-movie fun to be had. And inside the rusty Russian sub it’s pure production design poetry, a symphony of pipes, wires, cables, and claustrophobic spaces, all glowing green, yellow, and red.