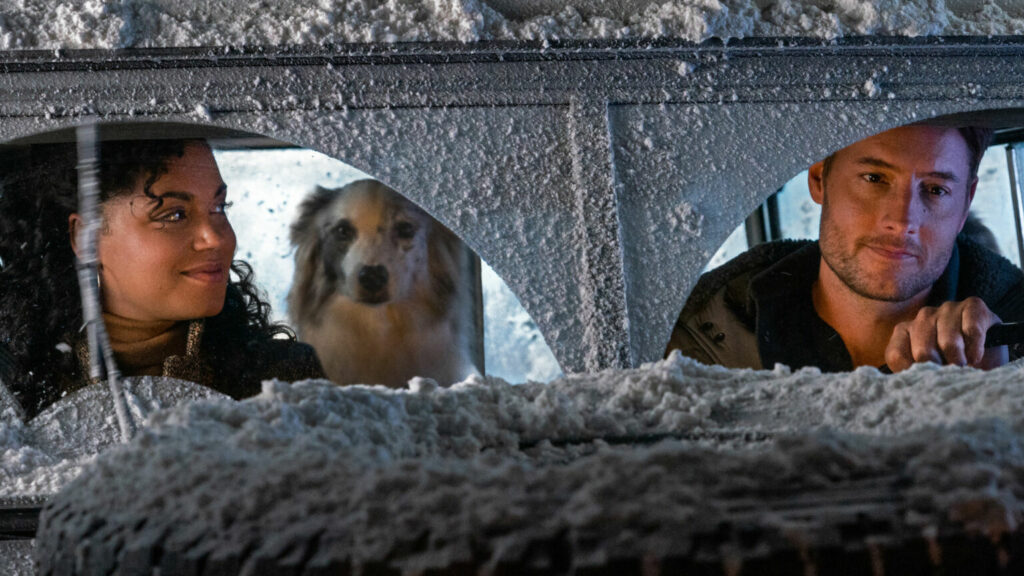 Directed by Charles Shyer | Written by Shyer, David Golden, and Rebecca Connor, based on a novel by Richard Paul Evans | 99 min | ▲▲△△△ |  Netflix 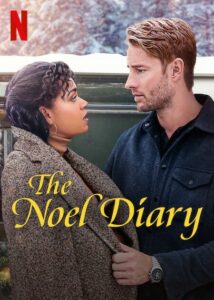 Sometimes movies annoy simply because the filmmakers who made them think their audience are idiots. This one of the problems with The Noel Diary, though not its only one. It’s a shame because the set-up is engaging enough for a Christmas romance and it’s directed by the veteran Shyer, who also gave the world much better movies like Private Benjamin, Baby Boom, and Father Of The Bride.

Jake Turner (Justin Hartley of This Is Us fame) is a New York Times bestselling author of thrillers who lives in a swank modernist glass box with an Australian Shepherd named Ava — a pup who runs away with every scene she’s in, the little minx. 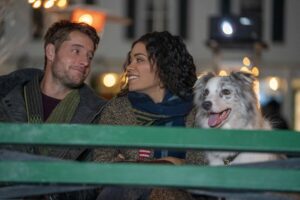 After Jake’s mother passes away he goes to clear up her affairs, and while he’s there Rachel (Barrett Doss) shows up. It turns out that as a baby she was given up for adoption. Her birth mother was Jake’s family’s au pair when Jake was a kid, and she’s looking for information about her. 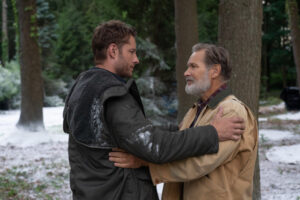 Jake’s estranged father, Scott (James Remar, good to see The Warriors veteran again) might have information about Rachel’s mother, and so Jake and Rachel go on a road trip across snowy Connecticut to visit his Dad. (For a second I thought maybe Jake’s father might also be Rachel’s father, making their obvious attraction really awkward, but this isn’t that kind of a movie.) 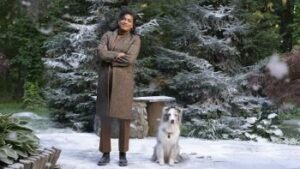 Hartley and Doss are good together. They have the kind of easy chemistry that makes you root for them to hook up. One clear obstacle being that she’s engaged to some dude named Alan, but we have to deal with other major problems here related to the production’s presumption that we’re all idiots.

First off it’s the casting. The chemistry between the leads isn’t enough. With Jake we’ve got a character who has a serious talent for writing played by an actor who exhibits no interior life. He’s good looking and all, but he’s bland as white bread and at no time does he make a believable novelist. His constantly quoting famous writers is no help. 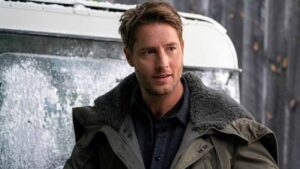 He’s also the product of a family that collapsed due to guilt and shame, and  he never seems plausibly damaged. This guy is way too trauma-free and well-scrubbed — it’s like he’s stepped out of an ad for The Gap.

Then we’ve got the plot problems. Friendly neighbour, Ellie (Bonnie Bedelia), knows how to reach Jake’s father and has been talking with him. Given that, this road trip isn’t necessary at all — Rachel could’ve just called him. 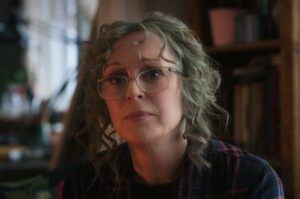 Jake finds the diary belonging to Rachel’s mother, Noel (Essence Atkins), amongst his mother’s belongings, which he throws into his bag without looking at it only to have Rachel accidentally find it while they’re on the road. How likely is that? 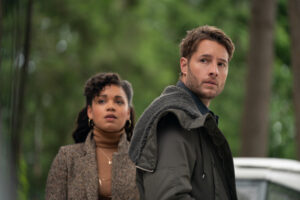 We also have Jake hiding from Rachel the fact he’s wildly famous author, which could’ve paid off in a charming and funny way if he’d been recognized while they’re out in public, but that’s totally shot down by her Googling him. Yawn. 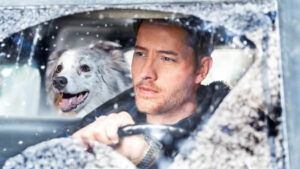 A lot of this might be forgiven if the picture stuck the landing, giving us the reunion between Rachel and Noel that’s been implicitly promised since the start. Instead it takes an entirely unsatisfying turn, denying us much of the very real sentiment these movies are built on.

It’s one thing to make a schlocky, Hallmark-like Christmas picture, those manipulation tactics are built in. When you press play, you gotta take the hits and accept what you’re getting. It’s quite another thing to do it badly.