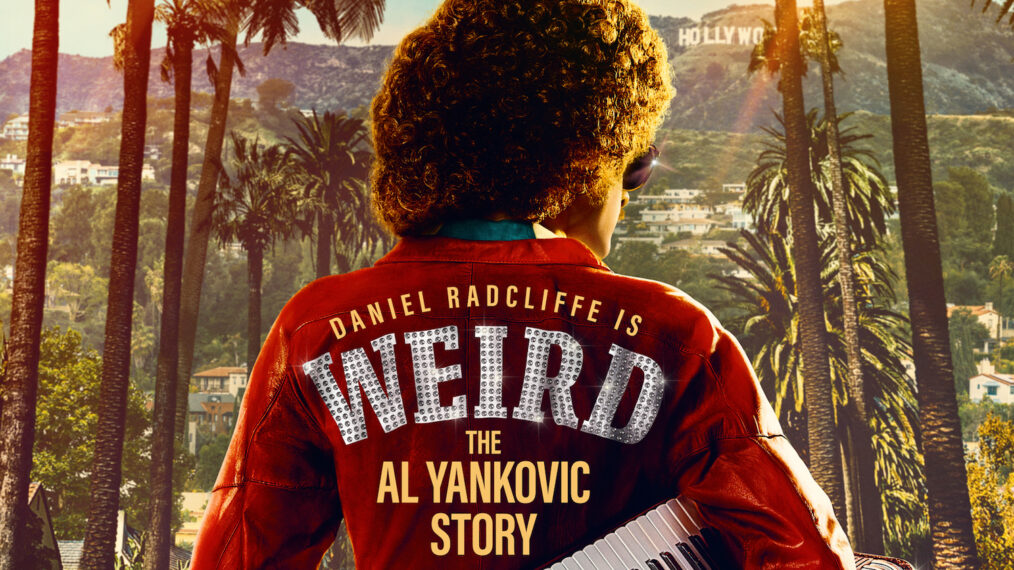 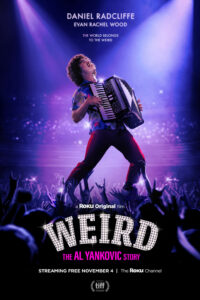 A version of this review appeared on FITI in September from the Toronto International Film Festival.

People may not recall that the legendary comedy musician, ‘Weird Al,’ was a film star, briefly, in 1989’s comedy bomb, UHF. This is another thing entirely.

This is a spoof of the surprisingly popular music biopic genre, riffing on the Rocket Mans and Bohemian Rhapsodys of the movie world. They’re entirely ripe for a takedown given how they largely suck, vanity projects writ large to further boost both the legend and sales figures of the musicians depicted while taking creative license with what actually happened in their lives. They’re more musical theatre than cinema. 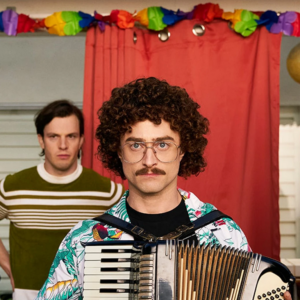 In Weird we start with a young Alfie dreaming of an accordion, but his cruel father (Toby Huss) won’t hear of him being corrupted by that satanic squeezebox. Mom (Julianne Nicholson), is a little more understanding. You know how kids are, though, with their polka parties.

Later, with the help of Dr Demento (Rainn Wilson), Weird Al (as an adult played by the fearless Daniel Radcliffe) mines his incredible gift for finding new lyrics for pre-existing tunes. It won’t be long before global stardom calls. We also get the full story of Al’s notorious, violent love affair with Madonna (Evan Rachel Wood, terrific). 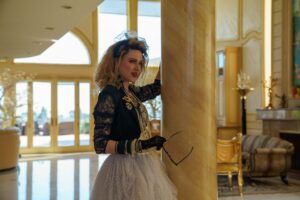 That all of this is entirely fictional is a big part of joke. Al’s behaviour turns sour and violent thanks to his drug problem and out-of-control ego, and the bad influence of Ms Ciccone who won’t be satisfied with anything less than world domination. Along the way we get scenes stuffed with comedy cameos, from Jack Black to Emo Philips to Conan O’Brien to Weird Al himself. 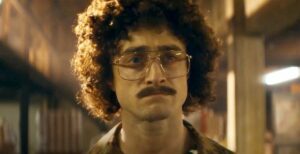 The best gags play on Val Kilmer as Jim Morrison in The Doors and any number of Arnold Schwarzenegger movies. A high point is the unexpected revelation around one of Al’s biggest hits, “Eat It.”  I won’t spoil the secret, but it’s hilarious. 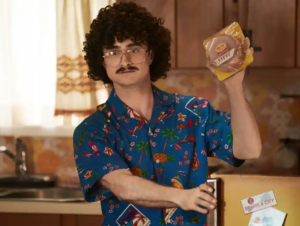 In the last act the picture’s frequently uneven script can’t quite sustain the energy of its madcap plotting, but you’ve got to admire the commitment to the central gag — all the ways the filmmakers work all of Al’s songs into the story.