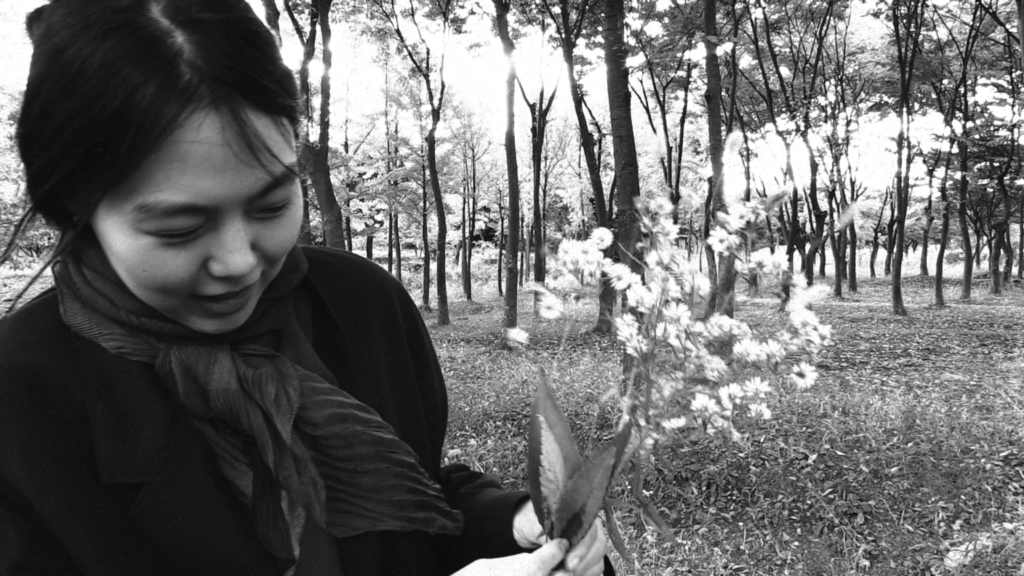 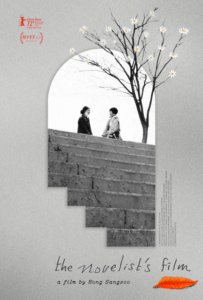 There’s a beautiful simplicity to The Novelist’s Film, the first of Hong Sang-soo’s I’ve had the pleasure of seeing. I’m surprised to learn it’s his 27th. If his others are like this, I’ll be excited to see more. He’s apparently already completed another film this year that’s yet to come out here.

From what I’ve read, and witnessed with The Novelist’s Film, he’s fond of an almost kitchen-sink realism. He shoots scenes in single shots, his actors moving through them, with the occasional push in. He likes to build his scripts on the day with his creative collaborators to see where they go. 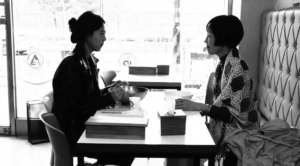 At the centre of this story is a famous, middle-aged writer, Kim Junhee (Lee Hye-yeong) in the city visiting with people from her past. There’s bad blood with a few of them, but she’s not here to recriminate, rather just reconnect and clear the air. That’s where the tension here lies — Kim Junhee can be combative almost despite herself. In a chance meeting, she crosses paths with a once-famous actor, Kilsoo (Kim Min-hee) and together find a common experience and plan a collaboration that might reinvigorate both their creative lives. 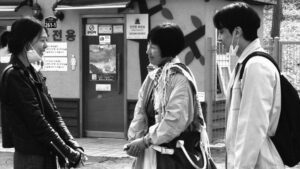 It’s in the conversations where the film catches fire, which is good as it’s a very talky picture.

For example, we get a scene where Junhee meets someone who teaches her an expression in sign language — and the audience gets the same lesson. We see a heated discussion where the she scolds a filmmaker with whom she once almost did a project, the disagreement actually about about what we value in other people, and how we unfairly judge them — reflective of how badly she’s feeling about herself. 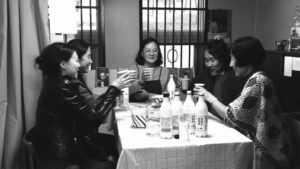 As we go along and Junhee and Kilsoo talk about the project, it feels as if filmmaker Hong Sang-soo is describing his own process. There’s also a subtext about alcohol, and a possibly dangerous relationship with it. We get a genuine sense of art reflecting life and back again with some dark, despairing themes. It’s ultimately optimistic, though, how an accidental connection could spark renewal.

There’s a clarity with The Novelist’s Film that rings out, as refreshing as a splash of icy water in the face. When you see it expect intensity, subtlety, and a quiet grace.