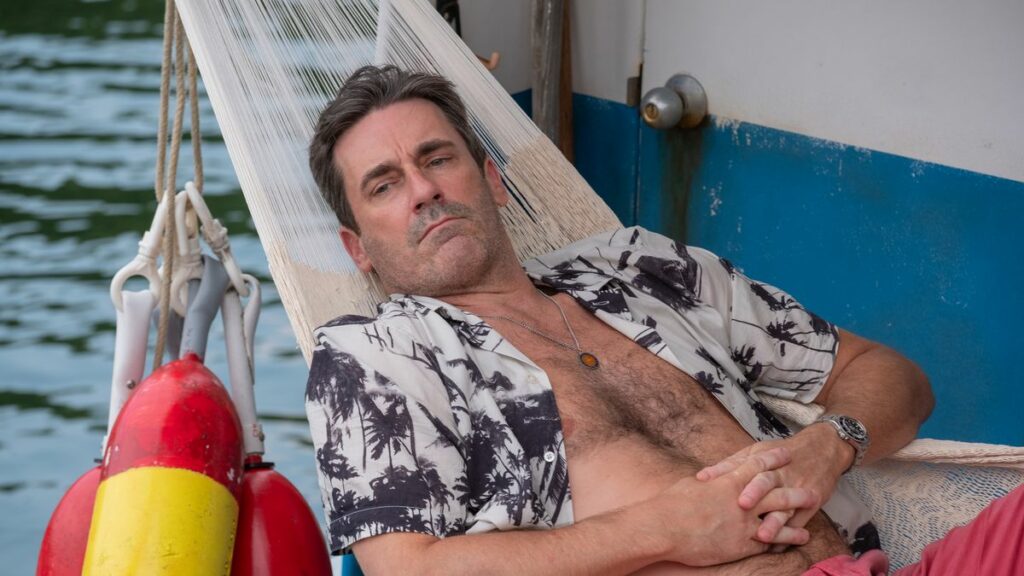 Directed by Greg Mottola | Written by Mottola and Zev Borow, based on the novel by Gregory McDonald | 98 min | ▲▲▲▲△ | On VOD 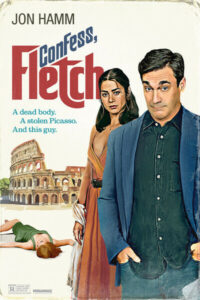 For those who are maybe too young to remember, Fletch was a 1980s comedy franchise starring alleged asshole and former SNL star Chevy Chase. While the two movies, Fletch (1985) and Fletch Lives (1989) don’t have the kind of legendary status of, say, Eddie Murphy’s 1980s comedy features, they do boast an iconic synth score from Harold Faltermeyer and a whole lot of zippy dialogue.

The obstacle for this adaptation isn’t so much the memory of the Chase pictures — if anyone does remember them — it’s the bro-y vibe of this smug, frequently sexist, so-called journalist. He’s more of a private detective, really, who enjoys dressing up and lying to sources in order to get information. Is 2022 is this the right time to bring this dinosaur out of mothballs?

It turns out Jon Hamm’s take on Irwin M Fletcher feels a lot more contemporary than I’d expected. He gives the character something Chase never did: genuine vulnerability, while Mottola (The Daytrippers, Superbad) brings an easy facility with this material. 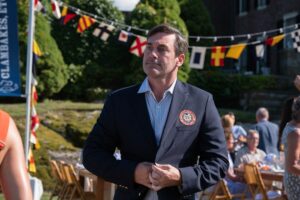 When we meet Fletch he’s just found a body in the Boston apartment he’s renting. The cops — a very game Roy Wood Jr as Inspector Morris Monroe and Ayden Mayeri as Griz — figure this wiseass is the prime suspect, but Fletch says he doesn’t know anything about it. He’s just in from Rome on the trail of missing artwork owned by the wealthy father of his ostensible girlfriend, Angela de Grassi (Lorenza Izzo), a man who’s just been kidnapped and is being held for ransom. Cue a lot of scenes in cars, questionable accents, and fake names — maybe the 1980s aren’t that far away after all. 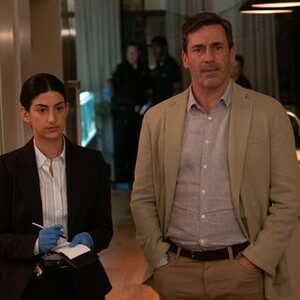 Hamm’s Fletch is still plenty fast-talking, with more than his fair share of charm, but he’s actually not as bright as he thinks. He’s got some big dick energy, but he’s also prone to be suckered by red herrings. While he’s piecing together the mystery of the apartment murder and the missing paintings he’s actually kind of delightfully clueless about what’s really happening — or so we’ll find out. 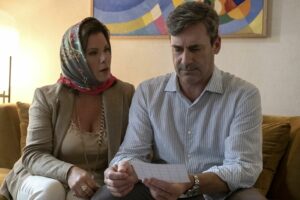 The fun in it is how he puzzles it out, getting rid of a hidden GPS  in his rented Audi, negotiating with street artists, ordering panel vans from Only Vans (a great gag), and hoodwinking the wife of the missing dude who owns the apartment he’s staying in, thinking maybe he’s the murderer. The discussion around the definition of “bespoke” is a highlight. 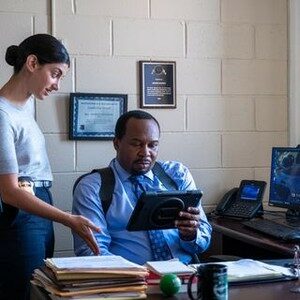 The only weak link amongst them is Marcia Gay Harden as Angela de Grassi’s stepmother. She’s generally an excellent, intuitive performer — I’ve loved her since Miller’s Crossing — but here she goes big and broad, armed with a deeply inauthentic inter-Euro accent. I guess Monica Bellucci wasn’t available? 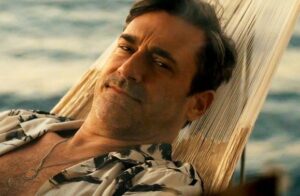 Overall, this stylish, easy-going comedy is a laid-back pleasure.  It feels like a genuine rarity as a mid-budget feature film — I almost wish it was a Netflix series. I’d tune in every week to see what story Fletch was working on, enjoying his slightly buffoonish approach and the frequent, stellar jazz on the soundtrack. It’s not Faltermeyer, but it works well for a slightly more mature, 21st Century Fletch.