The 12th edition of Devour! The Food Film Fest is running this week in Wolfville — a unique combination of food events, workshops, food rallies, and yes, short, feature, animated, and documentary films, including the following entry: 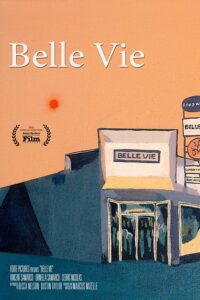 He’s a French restaurateur living in Los Angeles. In 2016 he opened his dream bistro, the titular Belle Vie, set in between fast food joints — not the best location, he admits, but it’s what he could afford. He’d gutted the place, replacing the electrical, plumbing, and all the fixtures and furnishings. The doc provides a practical montage of how he got this place up and running, and introduces us to his charming wife, Ornella. 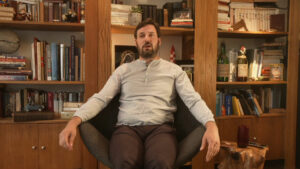 All this is a preamble to the pandemic, which, when it arrives, forces Vincent to respond to its unpredictable challenges. He seem to do pretty well at first, but the stakes are high: if he loses the restaurant, he loses his visa, and his French chef will also have to leave, and they both love California.

So, we follow him around as he puts everything he has into his personal version of the American dream. “I’m super broke, I’m in debt, and I’m very happy!” he says. As Los Angeles locks down through the end of 2020, he sets up a make-shift outdoor patio in the back of his restaurant, but will that be enough for his dream to survive?

On the face of it the picture is about the challenge of operating a business in tough times, but it works best as a portrait of an immigrant and his relentless positivity to make it, even as he has to navigate forces beyond his control. It’s easy to see why the filmmaker chose Vincent as his subject, because even as his life is falling apart he’s endearing and inspiring due to his creativity and optimism.

It’s hard not to love someone whose entire raison d’etre is to embrace a new community, to bring his culture to them. Belle Vie shows us how someone like that can make a difference, even if it’s only for a little while.