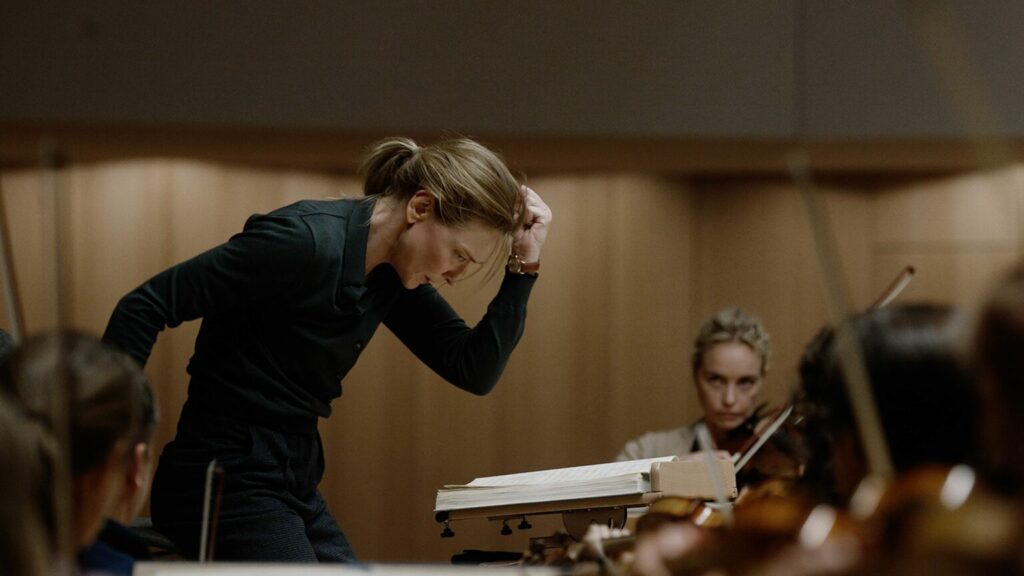 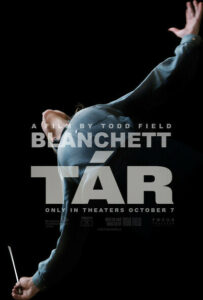 Filmmaker Todd Field may be a name familiar to those who enjoyed In The Bedroom and Little Children, two solid and affecting dramas that over time have pretty much vanished from the cultural conversation. His first film in 15 years is Tár, which provides its lead, Cate Blanchett, a platform for a ferocious, oxygen-sucking performance. In some respects I’d compare this film with There Will Be Blood as they both explore the accumulation and misuse of power, framing a raging egotist at its centre and watching the damage they inflict on everyone around them. 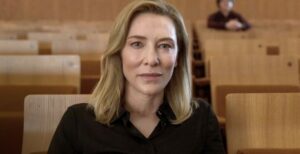 There’s a lot to unpack here, and I expect this is a movie that I’ll be thinking about for a few days, which is to its credit. Consider these my early thoughts, then. I am impressed by what Field tries to do, but I’m mixed on what he actually achieves.

Lydia Tár (Blanchett) is an American composer and conductor who when we meet her is being interviewed by Adam Gopnik for the New Yorker in front of an audience. We learn she’s earned the vaunted EGOT, all four of the big American arts awards — though how she managed that is a bit of a mystery. She’s married to a German violinist, Sharon (Nina Hoss), with an adorable child, Petra (Mila Bogojevic), and they all live in Berlin. Clearly Lydia enjoys her celebrity and the attention it affords her from other women while her assistant, Francesca (Noémie Merlant of Portrait Of A Lady On Fire), rolls her eyes.

Lydia is pushing towards the culmination of years of work, a live performance of Mahler’s Fifth Symphony, but as she’s spending time with the orchestra a shadowy individual from her past makes efforts to reach her, which suggests a pattern of Lydia’s behaviour that she would prefer stay hidden. This as she takes a personal interest in a new cellist, Olga (Sophie Kauer).

We see how skilled she is at manipulating the men around her, some of whom have been instrumental in her ascendance, others who she’s stepped on to get there — as played by Mark Strong, Julian Glover, and Allan Corduner.

Blanchett plays Lydia as one big twitch — which at times feels apropos and others painfully theatrical. Early on her monologues feel entirely scripted, with a staginess that does the film no favours. Field’s grasp on realism served him well in his earlier work, but it’s frequently absent here.

However, as Lydia attempts to tighten her grip on her world and finds people — and information — slipping through her fingers, Field does a great job of representing her fragmented mental state in the visuals. The picture gingerly and effectively steps into nightmare.

I’ll say this: it is no fun spending time with this terrible person. I’ve crossed paths with people as entitled as Lydia is, and it’s slightly triggering to witness the monstrosity so capably illustrated. What gives this tale a lot of its freshness is we rarely see this kind of thing from women, and the film’s depiction of toxic behaviour from someone who would’ve had to overcome so much ingrained sexism can’t help but fascinate. That she’s part of the LGBTQ community is just another layer to consider.

But even as the film seems to give her the benefit of the doubt — she’s kind to a mentor, her accuser is mentally ill, and her new acquisition appears to be a major talent within the orchestra — and Field wallows in that ambiguity, by the end there’s no doubt in my mind who’s the predator here.

Tár is set in the world of classical music, one I don’t know too much about, and nor do I feel I learned a whole lot watching the film. Unlike something like Whiplash, for instance, where we were given genuine insight into the pursuit and pitfalls of a particular creative effort, Field goes out of his way to treat this setting like a foreign language without offering us much of a translation — sometimes literally, like the moments where he refuses to provide subtitles for the German being spoken. The storytelling obstacles he puts up demand a lot, especially for a film this length.

Still, in the second act he manages to hold the interest with jags of suspense, even horror, which inexorably drag Lydia from her podium, while making her cavernous living spaces — and paranoid, controlling mind — increasingly inhospitable. 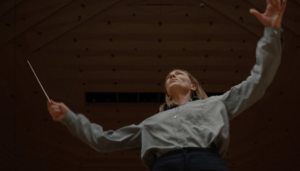 By the third act Tár ended up surprising me, but I’m not going to say how. Its destination helps redeem some of what goes before that doesn’t work so well. My cinepanion at the screening told me she’s heard an interpretation of Tár as satire, which isn’t one I would’ve considered until the final 20 or so minutes. That actually makes all kinds of sense. 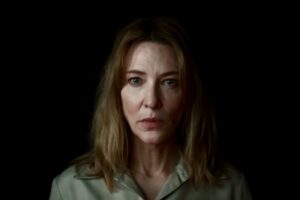 Does this clever retrospective lens excuse places where the film is a bit of a slog, or its narrative stumbles? No, but I won’t deny the ambition on display. Tár may age a lot better than Field’s previous two features.