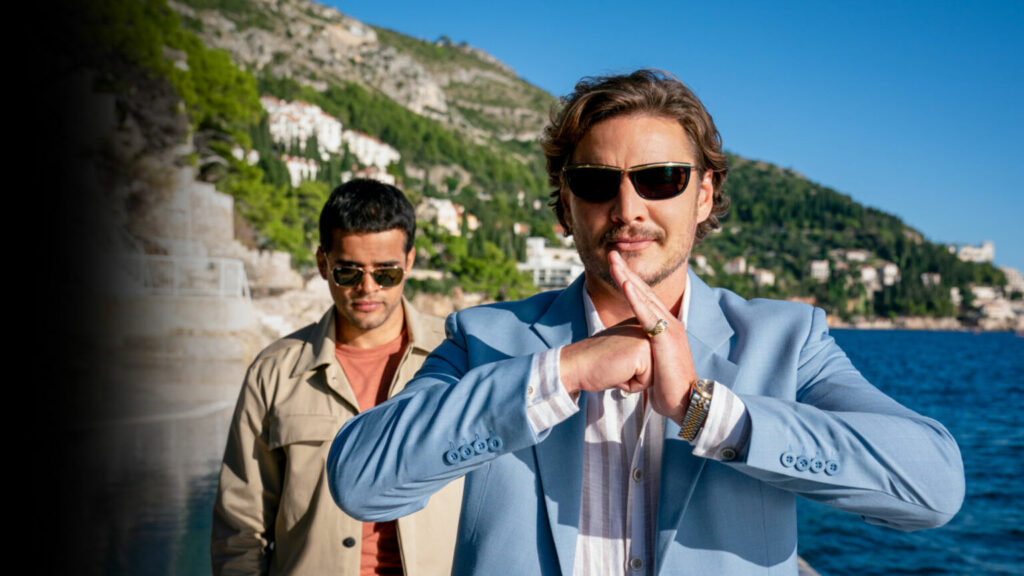 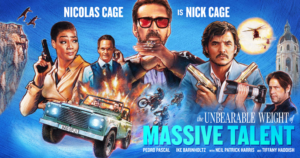 I feel like the story of how this movie got made might even be better than the movie itself — and the movie’s not bad. For the Nicolas Cage fan, I’d say it might even be essential. For someone who is a casual fan, or no fan at all, you might wonder why all the fuss.

Well, if you’re that person lemme tell you: Nicolas Cage has been a star since the mid-1980s. He’s done action movies, he’s done comedies, he’s done dramas, he’s done a David Lynch and a Coen Brothers. He’s got an Oscar. 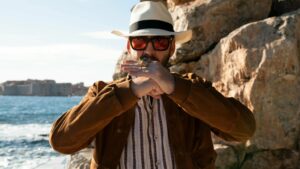 But he’s also got a reputation as a bit of a nut-job, someone who’ll star in any movie, whatever the quality. He spends his money in… odd ways. Every once in awhile he’ll be amazing in a brilliant, idiosyncratic film like Adaptation, Mandy, or Pig. 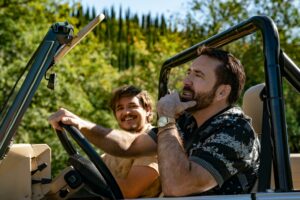 Here’s a movie that feels like the filmmakers dreamed up while they were high: What if we get Nicholas Cage to play himself — or a version of himself, Nick Cage — and get him to riff on a lot of his famous roles (even playing an earlier, de-aged version of himself) while he steps into a buddy comedy with Pedro Pascal.

Pascal is Javi Gutierrez, a wealthy Majorcan drug dealer who may have kidnapped a teenage girl, but what he really wants is to be a screenwriter and work with his idol, Nick Cage. 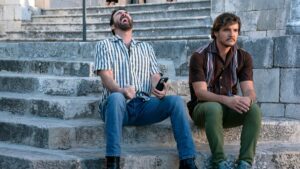 The best part of the film is the sweet relationship between Cage and Pascal — and Pascal is terrific, wonderfully earnest and naive, and their bromantic connection feels real.

But the rest of this is meta-comedy pointedly slapdash, starting with Cage’s so-called real life in Los Angeles. His career is tanking — despite meetings with David Gordon Green — he’s way too self-involved to realize he’s a huge embarrassment to his ex (Sharon Horgan, who feels like she’s wandered in from some other, more sincere movie) and daughter, Addy (Lily Mo Sheen, scion of stars Michael Sheen and Kate Beckinsale). His agent (Neil Patrick Harris) is the one who sets him up with Javi, who pays him big bucks to show up at his party at his Mediterranean compound. 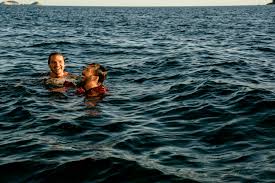 On the way Nick meets Ike Barinholtz and Tiffany Haddish (both recently, and weirdly, in Apple TV’s The Afterparty and largely wasted here) who play agents working for the CIA and want Cage to spy on his new buddy, Javi. 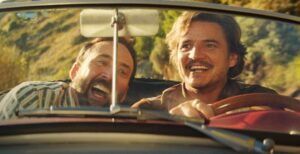 Of course, the script Cage and Javi work on together ends up being the movie we’re watching. The best scene might be the one where they brainstorm ideas while on acid — but a lot of the goofy charm the picture is lost when it goes off the rails in the third act in an entirely uninspired action set-piece. You could say that’s it’s the movie’s meta coup de grace, but it’s also just poorly shot action, and there’s not much that makes it OK. 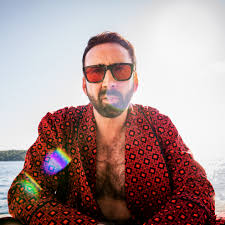 I’d give the movie two stars for non-Cage acolytes, four for the real fans. Let’s split the difference.