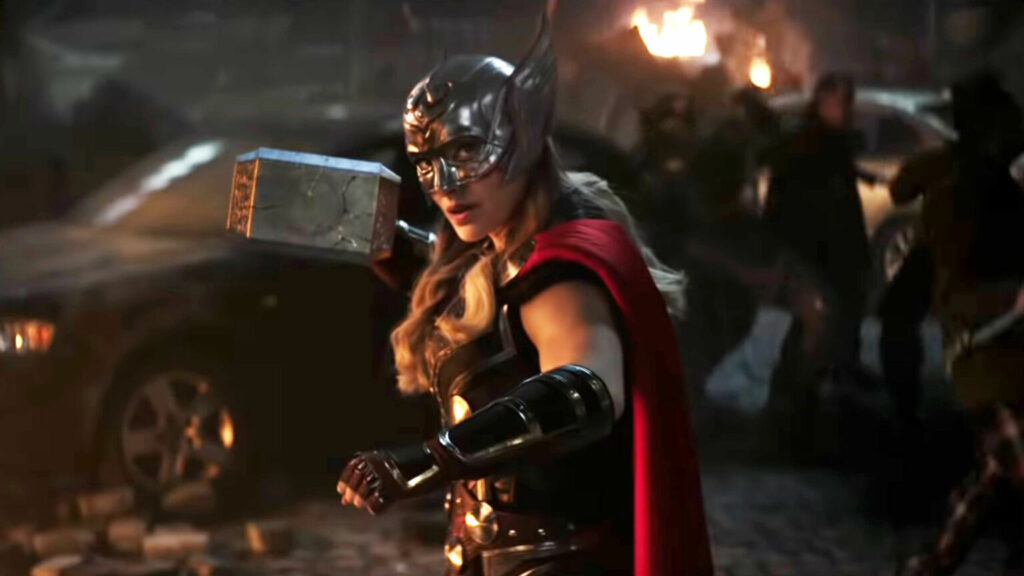 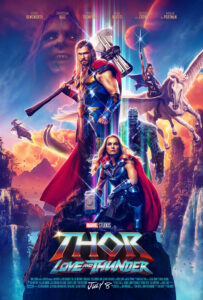 I wonder if anyone would’ve predicted back in 2011 that Thor would be the first hero to reach four movies by 2022 in the Marvel Cinematic Universe with his name in the title. I’m sure even fewer would have after 2013’s Thor: The Dark World, which was a lot more poorly received.

I’m one of the few who genuinely enjoyed that second film, rooted as it was in the relationship between Thor (Chris Hemsworth) and scientist Jane Foster (Natalie Portman), with Loki (Tom Hiddleston) always on the verge of ruining everything. 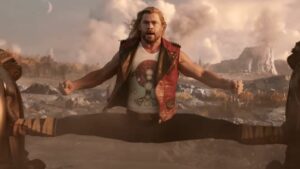 Thor: Love and Thunder is the first Thor movie without the chaos factor that is Loki, and his absence is felt.

Bringing back Portman is a fine idea, but in the interim writer-director Taika Waititi has taken the Asgardian Thunder God  into a more comedic mode with the third Thor film, Ragnarok, and while Portman is a performer with a lot of gifts, goofy humour isn’t one of them. She’s so out of place here she almost capsizes the whole enterprise.

But that’s not the only problem with Thor 4, as I’ll call it from now on for the sake of a rhyme. 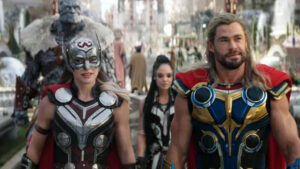 It works, intermittently, as a comedy — Waititi’s knack for silly, sometimes self-referential gags is bang on — but the rest of the movie is so flimsy it frequently falls apart with only the slightest of plots stringing together a series of repetitive action set-pieces.

Jane is back in Thor’s life because she’s suffering from stage four cancer — cue welcome cameos by former supporting characters played by Kat Denning and Stellan Skarsgaard, and the movie could use a lot more of them. Desperate for help,  Jane feels the presence of pieces of Thor’s old hammer, Mjolnir, calling her from the Asgardian village (now located in Norway). The hammer turns her into a new Thunder God, staunching her illness, but as you can probably predict it gets more complicated later on. 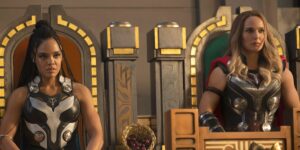 The injection of a fatal disease into this otherwise featherweight superhero comedy is deeply ill-advised. Jane could have taken the power of Thor without this impetus. Imagine the impact of that kind of power wielded by a normal human? It could’ve have yielded similar end results — which I won’t spoil.

Instead, Jane’s presence here, her lack of a substantive character arc, just feels like a movie-long fridging to remind Thor to “keep his heart open.”

Also wasted are the Guardians of the Galaxy in their first ever un-funny appearance on film — featuring an entirely unengaged Chris Pratt starting to look like a guy tired of playing second banana to the pumped Space Viking.

To its credit, Thor 4‘s antagonist has solid motivation. Gorr, the God Butcher, played by a game Christian Bale doing a compelling Voldemort impersonation, wants to kill all the gods, and it’s easy to understand why he wants revenge. It’s another Marvel villain in a series of them who offers more complex motivations than most of the heroes. Bale’s commitment is a big part of what works here.

As are those fairly frequent gags I mentioned above. Screaming goats, Thor’s complicated relationship with his weapons, the deft use of Guns ‘n’ Roses needle drops — though I don’t think we ever need to hear the overplayed “Welcome To The Jungle” on film ever again — and some solid work from charismatic performers like Tessa Thompson, Jamie Alexander, and Russell Crowe mangling a Greek accent, are all a good time.

But I found too many scenes, especially through the second act, where I didn’t know what our characters were doing or even why, lost as they were in some cheesy CGI environment or caught up in yet another unoriginal fight sequence. The stakes too often feel rote and the movie grinds to a halt when it should be soaring.

As I mentioned with the last MCU instalment, something feels off with this sprawling Marvel experiment lately.  There’s no lack of talent behind or in front of the camera, but it’s the Disney+ shows like Moon Knight and Ms Marvel that seem to be really working, while on the big screen the movies are in a rut.

I grant you this could also be superhero fatigue creeping in after more than a decade of the movies dominating Hollywood. 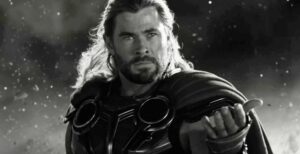 Oh, and I should mention: For the first time in months I chose a 3D screening for the timing and the convenience, and immediately regretted it. The film is fuzzy and dark with those goggles on.  When will this overripe fad return to the grave?