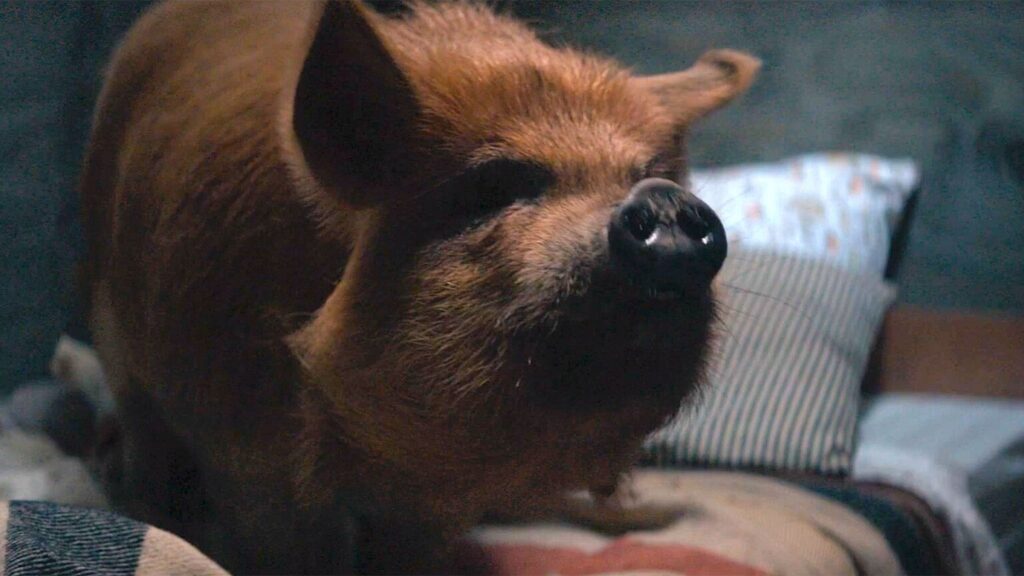 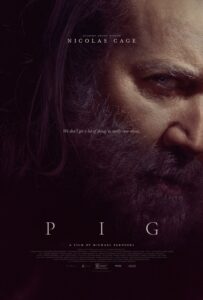 Nicolas Cage’s reputation precedes him. His career choices veer from the brilliantly idiosyncratic — consider Mandy from a few years back — to the depressingly forgettable. Pig is very much in the former category, a modest feature from a first-time director that Cage shines in. The actor has real nuance that he chooses not to use in those roles when he goes big and broad. Here he utilizes that Oscar-winning talent to genuine effect. 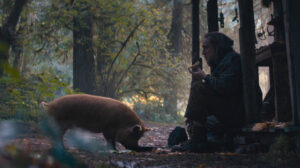 He’s Robin Feld, a former big shot chef who disappeared from Portland, Oregon’s gourmet scene years before. Now he lives out in the woods with a truffle-hunting pig. His long hair is greasy and his beard caked with dirt. You can imagine what he must smell like. One night a couple of tweakers steal the pig, giving Rob a mission to head back to the city. 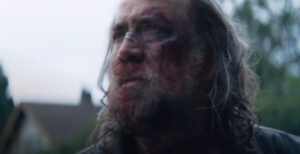 You get the sense he has a real connection with the porker — she’s more of a pet than just a source of income. In that there’s something of John Wick to Rob’s crusade, but with a much dryer, funnier, and more unusual spin on the aged warrior with a special set of skills forced from retirement. But Rob’s skills aren’t of the killing kind, more the culinary. As Cage’s reputation precedes him, so does his character’s.

He makes his way from bar to kitchen to restaurant, rippling through Portland’s hipsterville — including a weird-ass restaurant worker fight club — with the flicker of recognition, respect, and fear in the eyes of those who remember who he was. People try to tell him he’s a ghost, he’s an empty shell, but his spirit has power and influence here. 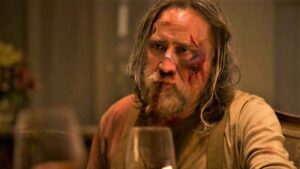 This broken knight finds a squire of sorts in Amir (Alex Wolff), a fast-talking hustler who operates in the shadow of his father, Darius (Adam Arkin), who pretty much runs the town. For some reason that isn’t entirely clear, Amir chauffeurs Rob all over the place as he tries to track down his pig and their antagonistic relationship slowly transforms. 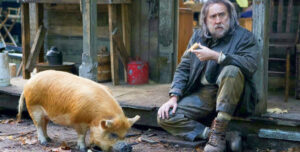 The movie ends up being a meditation on how men manage the desolation of love lost, all in just over an hour and a half. Simple, effective, and made with a gorgeous management of tone, it’s doesn’t put a step wrong.