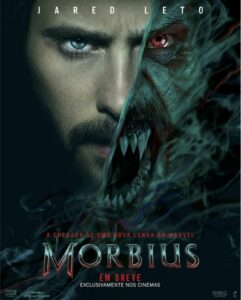 It still surprises me this movie exists. Due to the weird rules dictating Marvel Comics character licensing, Sony has the rights to a host of villains from the pantheon of Spider-Man comics around which they’ve been developing feature films. Witness the box office success of the mediocre Venom movie and its slightly improved sequel. Coming soon on the silver screen is another Spidey baddie, Kraven The Hunter.

And here we have Morbius, The Living Vampire, whatever that is. 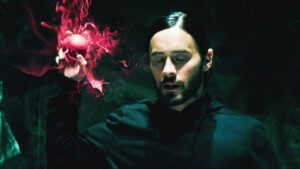 Michael Morbius (Jared Leto, leaning into the emo) is a Nobel Prize-refusing scientist working day and night to cure his esoteric blood disease, which has been filling his life with pain since he was a boy. 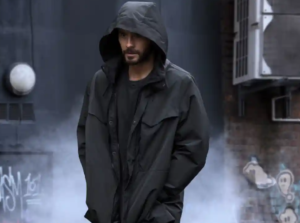 A wealthy benefactor and longtime friend , Milo (Matt Smith), is also living with the disease. He helps Morbius conduct his most bold and dangerous experiment yet on a ship in international waters — something to do with a serum full of vampire bat DNA. It works, but it turns Morbius into a vampire — living or otherwise. He trades his illness for superpowers and a hunger for blood.

Along for this ride is Morbius’ researcher colleague, Martine Bancroft (Adria Arjona), and two detectives (Tyrese Gibson and Al Madrigal) investigating the deaths that follow Morbius’ transformation. Also hanging about is Jared Harris, who you suspect might wish he was back on the sets of Foundation or Chernobyl.

So, what surprised me about Morbius is, despite the critical drubbing, it’s actually not terrible. Quite an endorsement, I know! 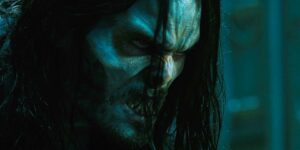 It is a boilerplate vampire narrative, despite all its pointed efforts to connect it to superhero material like the X-Men, Venom, and The Hulk. The movie’s most obvious Marvel-ous dialogue: “I’m getting hungry, and you wouldn’t like me when I’m hungry.” Even so, the picture feels like its own beast.

And that beast, in its dark little heart, is a ’90s-styled b-movie. The performances are perfunctory, the shadowy, CGI-slathered effects aren’t excellent, but they’re OK — better than what we’ve seen in Venom, certainly — and while it’s pretty damn predictable, nothing here made me feel like my time was being wasted.

I mean, the way these narratives twist themselves into pretzels to turn what are ostensible Spider-Man antagonists into protagonists is pretty obvious: no matter how bad these guys are there’s always someone worse out there to make them look better by comparison. 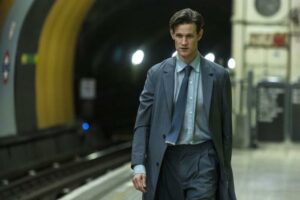 What makes Morbius more interesting are the serious homoerotic overtones in the relationship between Morbius and Milo. There’s brotherhood and then there’s brotherhood, am I right? And I wouldn’t call Harris’ Dr Emil Nicolas a father figure as much as a close mentor to these fellas.

Then there’s the distinct Batman Begins evocations, especially with the inevitable visuals of clouds of bats doing Morbius’ bidding. 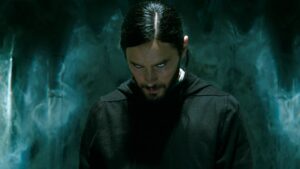 None of this is to the film’s detriment — though you could make the argument that after two Venom movies my expectations were practically anemic. 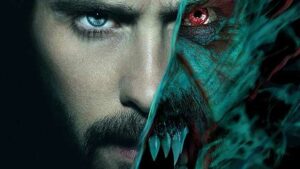 One last note: The efforts to tie this movie to the MCU/Sony multiverse crossovers coming down the pike — which happens over two credit cookie scenes — are so half-hearted and lame it almost sours what moderate good came before. It’s a new low in franchise maintenance.