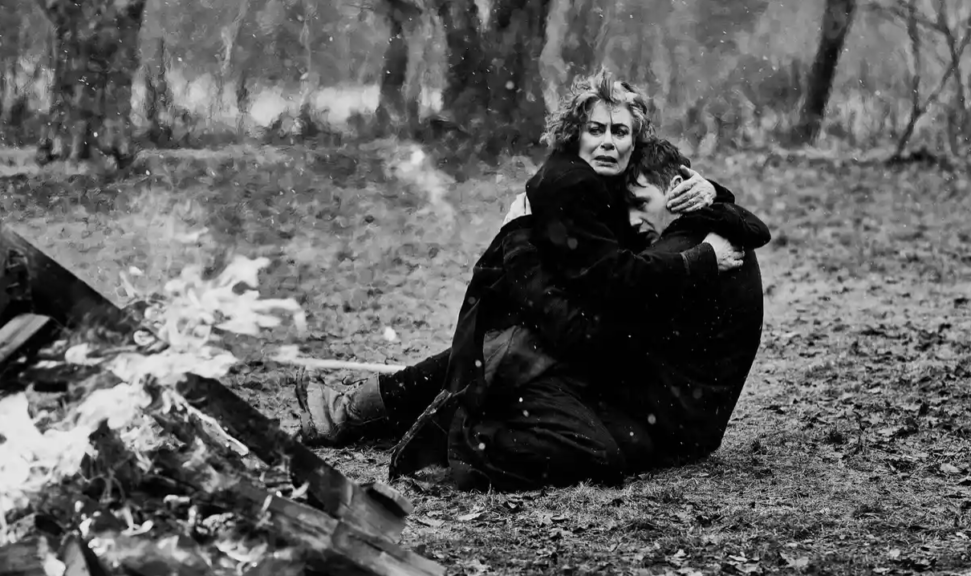 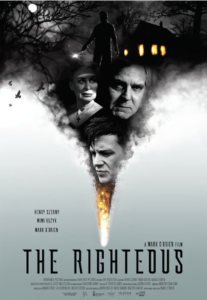 First off, let me say how much I enjoyed the gorgeous black and white cinematography in The Righteous from DP Scott McClellan.

His lighting design frequently evokes classic Hollywood noir, a compelling choice of texture for a drama that makes a troubled journey between grief and guilt, with detours that made me think of both the work of Ingmar Bergman and Powell and Pressburger.

The look also helps define the tone of the piece — on one hand bringing a visual intensity that’s hard to shake, and on the other a stagey theatricality (shot largely in a single location) that works for the material but might not be to everyone’s taste.

What it does do — without much argument, I’d suggest — is announce the arrival of a talented filmmaker, actor/first-time feature director Mark O’Brien. 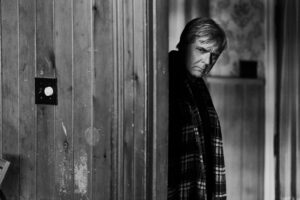 Frederick and Ethel Mason (Canadian film vets Henry Czerny and Mimi Kuzyk) are trying to manage the pain following the death of their adoptive daughter.

But Frederick is managing something more than just sorrow. He’s also dealing with an unresolved relationship with his god and his own past misdeeds. He’s a former man of the cloth, and a one-time colleague (the always welcome Nigel Bennett) muses that maybe he should return to the church.

Then Frederick discovers Aaron, a young man (O’Brien) who’s hurt in the Mason’s backyard. They take him in despite not knowing anything about him. Turns out Aaron’s a force of chaos. He’s on a mission, and what follows is an exploration of personal pain, responsibility, and recrimination. O’Brien mixes in touches of the supernatural and notes of horror in the score and editing to keep things interesting. 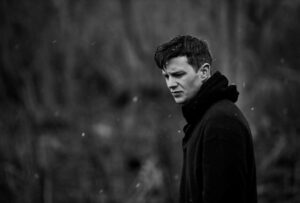 The film’s guilty of telling more than showing — it doesn’t entirely escape the limitations of a Telefilm budget — but full marks to the filmmakers for what they’re able to accomplish within those boundaries.

No surprise that an actor behind the camera brings out the best in his cast, but the towering performance here is Czerny’s. A veteran of Hollywood films like Mission: Impossible (and he will reappear in the franchise in next year’s entry), he delivers the kind of raw emotion a blockbuster would never require but is always made better just for his presence. And it’s that solid work along with the stunning look of the thing that makes The Righteous a memorable debut.

And I expect if you call yourself a Catholic, or even a lapsed one, the film may have a personal message contained in the folds of its narrative cloak.