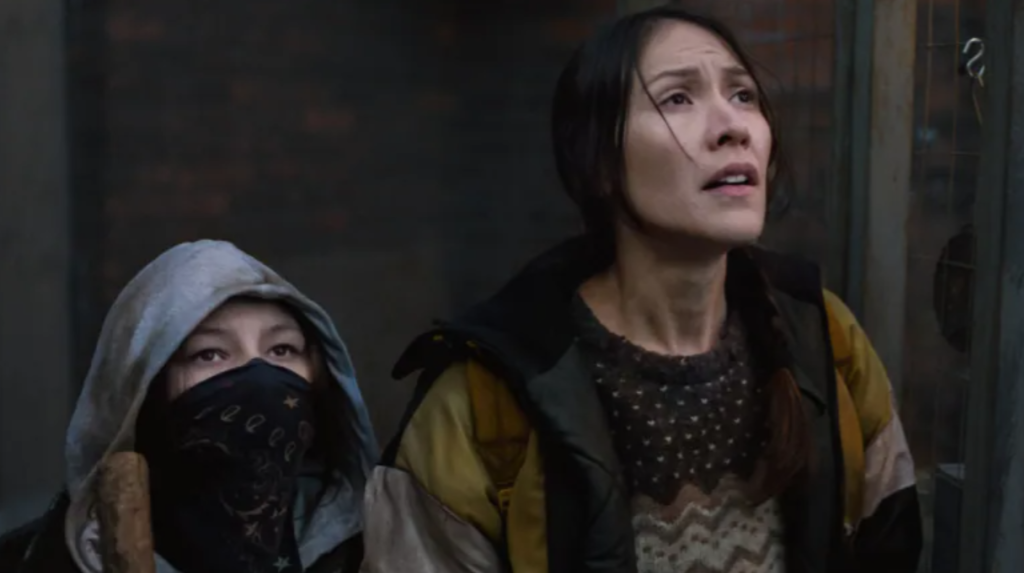 Written and Directed by Danis Goulet | 97 min | Crave Plus 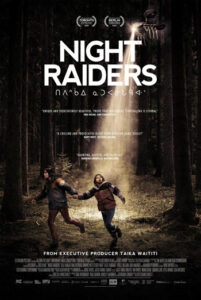 Niska (Elle-Máijá Tailfeathers) and her daughter, Waseese (Brooklyn Letexier-Hart), live out in the woods in a converted bus. While hunting Waseese injures her ankle. It’s especially bad timing as later that evening they’re detected by a hunter drone and have to go on the run, back to the decaying city where many minors are taken from their parents and put in The Academy, a school and secure training facility where they’re turned into soldiers for the state.

Goulet’s first feature is a harrowing bit of fantasy set in a dystopic future of desperate oppression in the name of order. Of course, what Goulet’s actually doing is serving up a heavy allegory about the recent past, a narrative of resistance worthy of the best science fiction. That the filmmaker is Cree-Métis, and much of her cast is indigenous, means the narrative parallels with what actually took place in residential schools are impossible to miss. But, you wouldn’t need to know anything about that to get involved in her film’s storytelling.

In the unnamed city Niska and Waseese connect with an old friend, Roberta (Amanda Plummer, always a welcome presence), in the hope she can help with  Waseese’s injury. Roberta’s son went to the Academy and is now a cop — we see him in propaganda materials on an enormous screen above the local market.

One of the first things you’ll notice right away about Night Raiders is a large-scale production design — the future as imagined here is one part Children Of Men and one part The Hunger Games, especially impressive given the likely budget constraints of a Canadian feature. The look of this post-war urban environment, the poverty and privation, never feels put on.

As we go further into this grim landscape a pandemic subplot chills, along with the suggestion that the only secure future for indigenous folks is out in the woods, in a place shrouded in myth. Narrative truths are a mix of frightening and sad in equal measures. 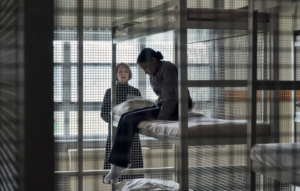 Despite Goulet’s laudable ambition and the immersive world she’s set her story in, the film isn’t a home run. It suffers from a common sci-fi trope: too much telling and not enough showing — an overabundance of exposition in the script. The plotting is a little choppy, and it indulges in a bit of magic realism late in the running, which makes for a heartwarming reversal but it doesn’t actually make any sense given what we’ve learned to that point. Granted, there may be a broader allegory or a culturally specific storytelling element I’m not picking up, but it left me scratching my head.

However, there’s no mistaking what is achieved here: bleeding edge relevance in a dystopic package. This isn’t the future, it’s what we’re living through, the echo and aftermath of crimes against humanity. If Night Raiders and Blood Quantum (which also starred Tailfeathers) are the first of a new wave of indigenous genre pictures to help elucidate the community’s vision of the world, I am here for it.