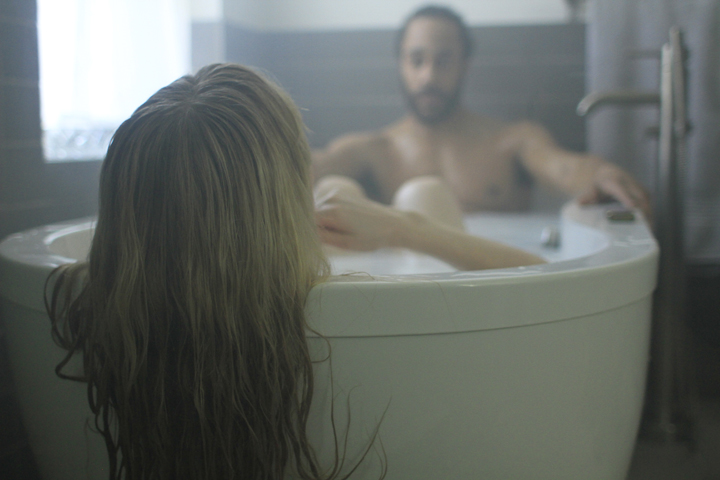 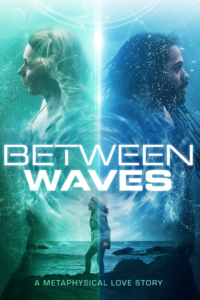 It’s a rare thing, a first time feature filmmaker who also happens to be a woman (with her co-writer who is also a woman) diving deep into hard science fiction.  There’s a lot to admire in Abramovich and Andrew’s first effort, but Between Waves sinks before it can swim.

Jamie (Fiona Graham) is a photographer whose partner, Isaac (Luke Robinson), has gone missing. He’s a scientist working on alternate-dimensional theory. Jamie’s a pill-popper, an occupational hazard in the fast lane of Toronto fashion photography, and understandably distraught at Isaac’s sudden absence. 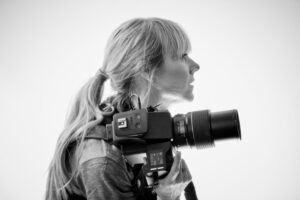 The day his body is found, a week dead, is the same day Jamie spots him and chases him down on the street. She becomes convinced that Isaac has somehow crossed over dimensions, and takes a trip to Sao Miguel, Azores, a place they had previously planned on going together, in the hope of contacting him. That’s where things get a lot weirder, with a colleague of Isaac’s, Renata (Stacey Bernstein) following Jamie to the island looking for one of his books of equations. 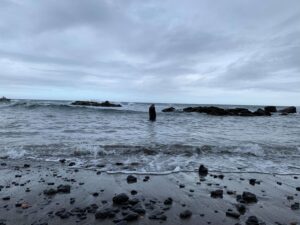 The technical side of Between Waves is pretty impressive — the lighting, the framing, and the editing all helping maintain the script’s tonal balance between chilly, high-minded science fiction and a drama exploring commitment, guilt, mental health, parenthood, and wells of grief. The imagery around the Azores brings a distinct and beautiful sense of location, especially with the help of drone footage in the final act.

What’s a lot less convincing is Abramovich’s work with her actors — too many scenes are awkwardly staged. Many of Graham’s line deliveries are self-conscious, as if she’s struggling to hide an accent. This while Bernstein’s walking in from some other kind of movie altogether, one with more of a sense of humour. Robinson does better in his scenes, but he’s in the film a lot less and barely manifests. 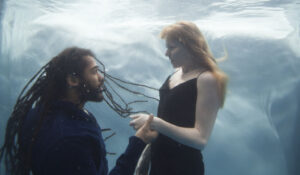 It’s hard to overlook these core problems, but the film’s serious ambitions and aesthetic achievements suggest Abramovich (and Andrews) are filmmakers to watch the next time out.