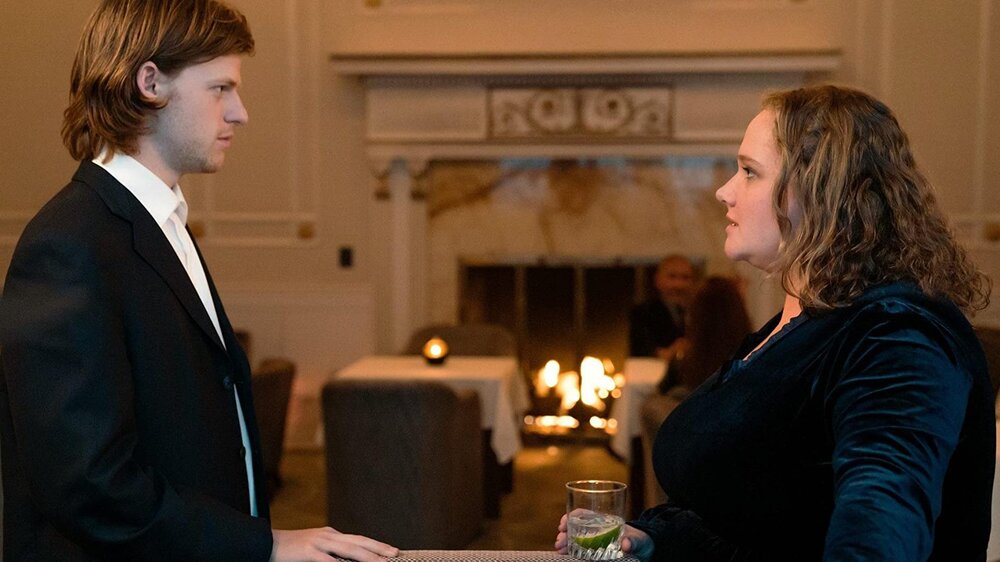 Directed by Azazel Jacobs | Written by Patrick DeWitt, based on his book | 113 min | Crave Plus 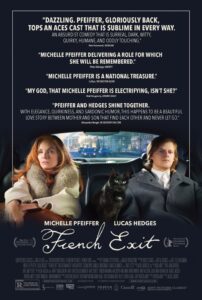 An Irish-Canadian co-pro, which explains the Canadian novelist writing the thing, and the presence of veteran Canuck thespian Susan Coyne in a key role, French Exit is a comedy soufflé of sorts — equal parts droll chamber piece and meandering, melancholy character study. If it rarely hits laugh-out-loud targets, it gives Michelle Pfeiffer her best role in years. The entire picture hangs off her character, who is worth getting to know better. 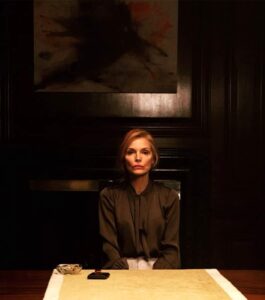 She’s Frances Price, who at one time was the toast of New York high society, married to a fellow named Franklin (Tracy Letts). But, he died and she spent his money. Now, deeply insolvent, she has to sell all her valuables before the bank takes everything. Cash in hand, the family cat, Little Frank, in her carry-on bag, and her adult son, Malcolm (Lucas Hedges) tagging along, they sail to Paris where she’ll hide out in a flat her good friend Joan (Coyne) barely uses and spend the last of her cash.

It’s a slow start. Frances is frequently miserable company, while Malcolm is even worse — he cruelly abandons his terribly-dressed fiancé, Susan (Imogen Poots), to join his mother on this trip. His mommy fixation isn’t especially well explained, but mostly he’s there just to give Frances someone to bounce off of. Fortunately, French Exit isn’t really about the hard times of an obnoxious family of privilege, which would be intolerable. 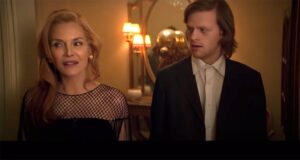 It gets a lot wackier — and better — when they pull into Paris. There’s something strange going on with the cat that involves a clairvoyant they met on the boat (Danielle Macdonald), an ex-pat American of their acquaintance (Valerie Mahaffey), and a French private investigator (Isaach De Bankolé). By the time our peculiar crew are gathered around a flickering candle for a seance with Franklin’s feline-bound spirit, you’re either on board with how silly this is getting or you’re not. I was, for the most part. This is definitely weird, sometimes approaching wonderful. 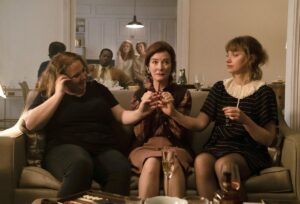 Pfeiffer has always been a potent character actor in the body of a Californian leading lady. Frances might feel the glamour is gone from her life, but it’s still plenty evident in Pfeiffer’s performance. The melancholy in the story — it’s really all about aging and death — keeps the picture grounded underneath all the shenanigans, and Pfeiffer roots it in place, channeling both grief and her particular brand of brittle iciness. It’s as if she’s revisited Elvira, her character from Scarface, but at age 60 — with all the cocaine and hard times still haunting her. It is a little hard to believe someone as vital as  she is wouldn’t see Paris not just as a coda but as an opportunity for the next chapter, but a dark finality is where this picture is heading. 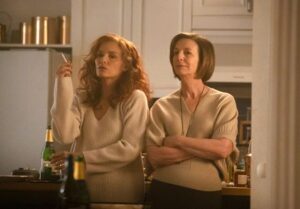 And while it mostly charms on its way there, French Exit leaves its audience with plenty of questions. Not the least of which is: Why did the scenes aboard the ocean liner look so unreal? (Especially having just seen Lucas Hedges in Let Them All Talk, where the Queen Mary was basically a character in the film.) 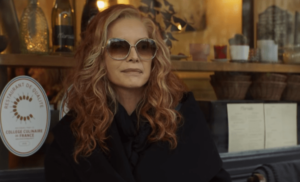