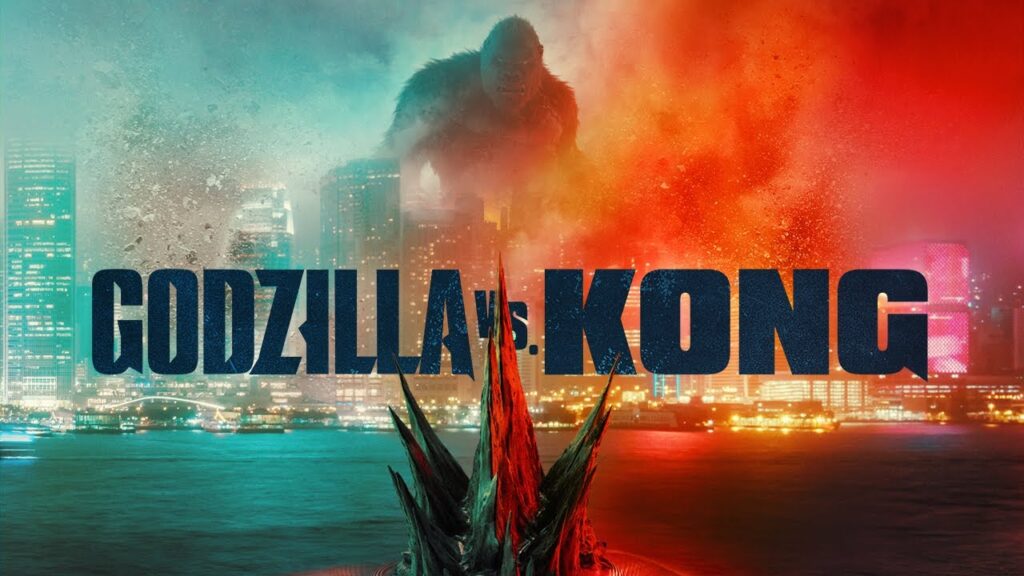 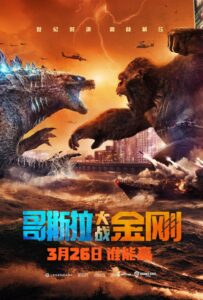 A cinematic monster genetically spliced from two different franchises, featuring cinematic DNA from the good-time Kong Skull Island and the last two American Godzilla movies, the 2014 Gareth Edwards effort (not bad at all) and Michael Dougherty’s Godzilla: King Of The Monsters from 2019 (Godzilla-awful). This one is a worthy extension of both franchises, offering things we’ve not seen in these films before as well as more than a nod to the radioactive lizard’s Toho heritage.

The first thing Godzilla vs Kong asks us to do is remember the plot points the franchise established in the entirely forgettable Godzilla: King Of The Monsters, which feels like too big an ask. 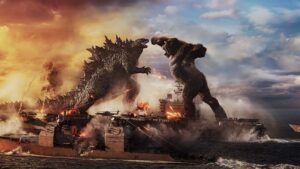 All you really need to know is the world has been visited by Titans, as they call the giant monsters. What’s surprising is the global economy hasn’t collapsed, despite the destruction of cities and untold numbers of dead in previous films. A corporate scientific entity called Monarch is studying the big beasts, and in this film we’re also introduced to the shadowy Apex, a company interested in cybernetic research and sourcing the eldritch energy common to all the monsters — it powers Godzilla’s atomic breath. Turns out the origin of this energy is located deep within the earth. 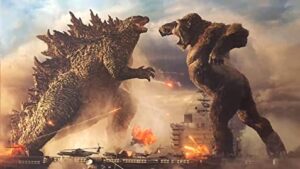 And what of the human beings in this movie (I hear you ask)? Yes, in most of these pictures the human element is something of an afterthought. People get to suffer through the elemental forces or just survive the towering ferocity like in a disaster movie. Hundreds of thousands can perish — Hong Kong really gets it bad this time — but that particular collateral is never dwelled on. Wouldn’t want the audience to feel any queasiness about enjoying the large-scale destruction. Like video footage of a tsunami, we don’t linger on the drowning people as much as the morbid fascination of seeing waves washing away homes, cars, and trucks. 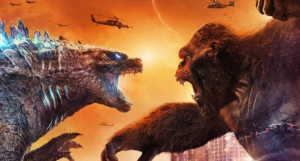 Taking us there is Nathan Lind (Alexander Skarsgaard), who wrote a book about the “Hollow Earth,” which earns the attention of Apex boss Simmons (Demián Bichir, channelling Ricardo Montalbán at his most villainous), his associate Serizawa (Shun Oguri), and daughter Maya (Eiza González).

Researcher Ilene Andrews (Rebecca Hall) is on Skull Island taking care of Kong, along with Jia (Kaylee Hottle), the last of the island’s indigenous population, who takes over the typical monster movie trope of Child With Special Connection To Creature from the last movie’s Millie Bobby Brown, who’s kinda grown out of it. Jia also happens to be deaf, and don’t be surprised if her being able to sign doesn’t play a role in communications with the Big Ape. 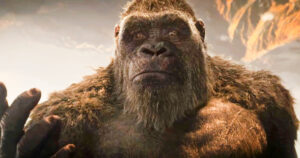 Brown is still in play as Godzilla stan Madison Russell. She connects with Josh Valentine (Julian Dennison, who we know from Hunt For The Wilderpeople and Deadpool 2 can be a lot funnier than the material he’s given here) and monster podcaster and sometime Apex employee Bernie Hayes (Brian Tyree Henry).

So, with this solid ensemble established, they split — one group heading to Antarctica with Kong, looking for access to the world inside the world and hoping to avoid Godzilla, good luck with that — and the other trying to uncover Apex’s mixing of the monstrous and the mechanical. The stage is set for a clash of the titans — the best the actors can hope for is their dialogue won’t sound too cheesy. Hall can do it: She delivers the line, “Kong bows to no one,” with the requisite seriousness. 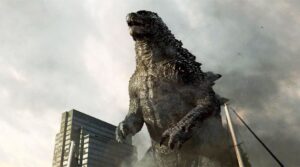 What really shines this time out are the effects. The monsters have heft, and their earth-shaking battles are all kinds of fun. Godzilla fans may grouse that the simian gets more close-ups and screen time, maybe even more of a personality, but they won’t complain about the knock-down, drag-out bouts. And director Wingard — a dab hand with genre in movies like The Guest and Death Note — knows what kind of a movie he’s making, and how to deliver maximum satisfaction.

We also get a vision of what lies deep beneath the earth’s crust. It’s something out of Jules Verne, but you don’t want to ask too many questions — like, where’s the sunlight coming from to grow the vegetation, or the oxygen to make it flourish? And how does that aircraft carrier support the weight of a gorilla with a serious pituitary issue?

It doesn’t matter. These aren’t questions anyone needs answers to. Just enjoy the great swaths of carnage. Enjoy the creative needle drops. Enjoy contemplating the message, the mistakes humans make when we create technology beyond our control, and whether human beings will ever cease to exploit and destroy nature — and our own future in the process. 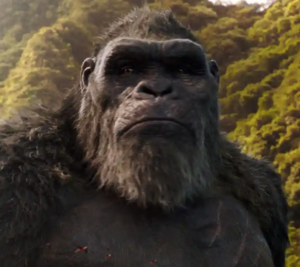 And, enjoy the biggest, most satisfying popcorn picture to come down the pike, on any size of screen, in a miserable calendar year.