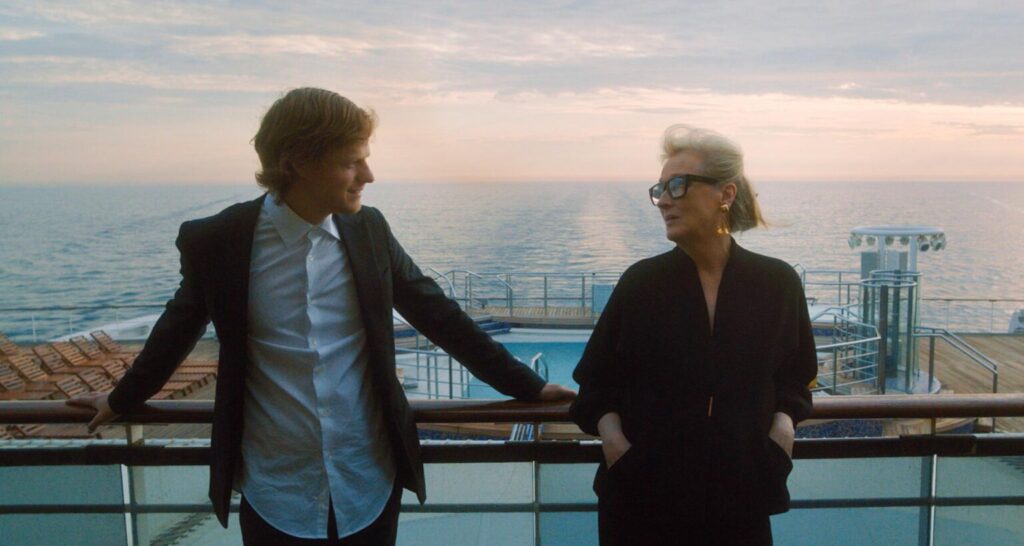 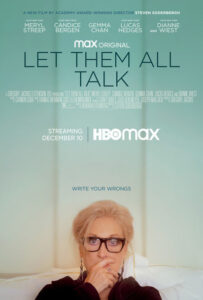 There’s a lot about this concept that appeals: A renowned American literary writer, Alice Hughes (Meryl Streep), has agreed to attend an awards ceremony in the UK, but she won’t fly. Her agent agrees to pay for her to go by sea on the enormous cruise ship, Queen Mary 2. She invites two of her oldest friends to go with her, Susan and Roberta (Diane Wiest and Candice Bergen), and her nephew, Tyler (Lucas Hedges). This while her agent, or agent’s proxy, Karen (Gemma Chan), is also on board, desperate to get information on the new manuscript Alice is working on. She ropes Tyler in to help her. 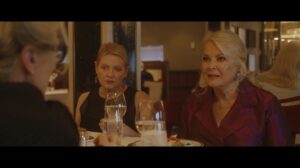 But that’s just the plot detail. What’s really going on here is an unorthodox script outline that allowed for a lot of on-set improv. The film was shot over two weeks, an extraordinarily truncated shooting schedule for a feature film, while the boat sailed from New York to Southampton.

At first, it feels like this experiment is doomed to fail. The emotional tenor of the opening segments range from awkward to painful, the actors pressed to deliver an emotional sophistication they can’t quite seem to manage in halting exchanges. I remembered some of Soderbergh’s other, more experimental efforts, like Full Frontal, where his interest in form and in challenging his process made a difficult time for us in the audience. 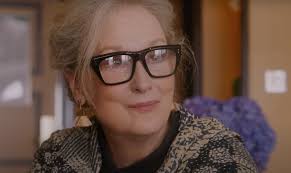 But as we settle in with these characters for the voyage, it gets interesting. The troubled history between the three women comes to the fore — Alice may or may not have used Roberta’s failed marriage as grist for her creative mill and most successful novel. Roberta thinks she has, and has come on this trip looking for some kind of restitution. This while Alice continues to write her new novel — it may be a sequel to the hit book in question. There’s also the possible romance between Tyler and Karen, as slight as it is, to distract.

The intrigue, and the skill of all the performers, is more than enough to engage. That and the way Soderbergh, operating as his own cinematographer, shoots the Queen Mary 2 and all its ridiculous luxury in a soft, autumnal light.

Despite it threatening to sink with all hands early on, the film locates a truth or two about the lives of older women and about the mutability of longterm friendships in the face of success, failure, and identity.

Did I wish the script was funnier and more farcical — or that amongst the cast were more genuine comedic actors for whom this kind of improv is their bread and butter? Occasionally. But, what works, works very well — and spending a couple hours in the easy company of this award-winning talent, in front and behind the camera, is its own kind of pleasure cruise.