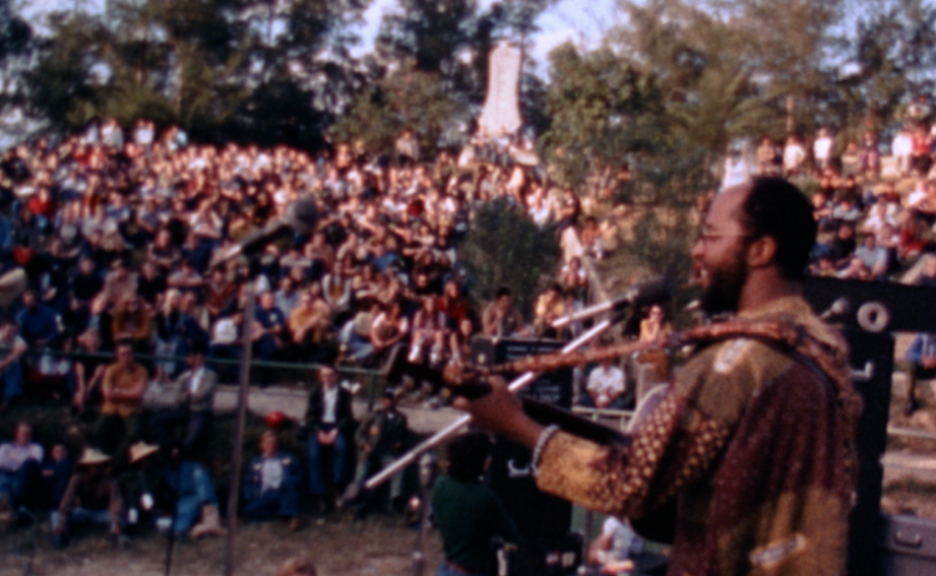 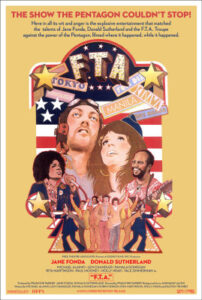 FTA is an interesting slice of early 1970s anti-war culture, a document of a “political vaudevillian” show that went to Hawaii, Okinawa, other points in Japan, and the Philippines, to perform before American service people who were opposed to the war in Vietnam. It barely got a release in the day before it was pulled by the distributor and vanished. 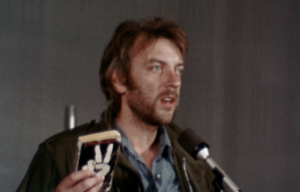 I didn’t know this at all, but there were a number of Americans in uniform at the time who didn’t support the war, and many go on the record here. You’ve got to imagine it took a lot of courage to buck the system — and Parker’s cameras capture at least one gig where a few bull-headed, anti-protest voices disrupt the proceedings. 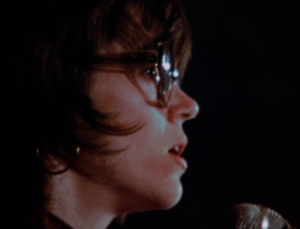 We get to see plenty of on-stage stuff — it’s scrappy, pointed, and entertaining, using the old-fashioned variety show approach to bring a message that’s impossible to mistake. Hollywood A-listers Sutherland and Fonda are right there in the middle of it — post-Klute, MASH, and “Hanoi Jane,” their activism is loud and clear. Len Chandler and Rita Martinson are also stand-outs, forefronting the issues around both the military and government’s systemic racism through song and satire. 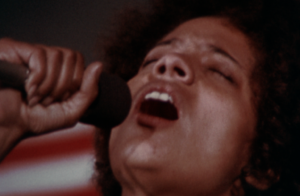 Present-day Jane Fonda introduces the film, providing context to what they were trying to accomplish 50 years ago, but she doesn’t need to explain the spirit of the project. With this, and recent features like Judas and the Black Messiah, Trial of the Chicago 7, and One Night In Miami, we’re getting a clearer look at the American civil rights movement through these cinematic windows. The connection to the present is clear as day.