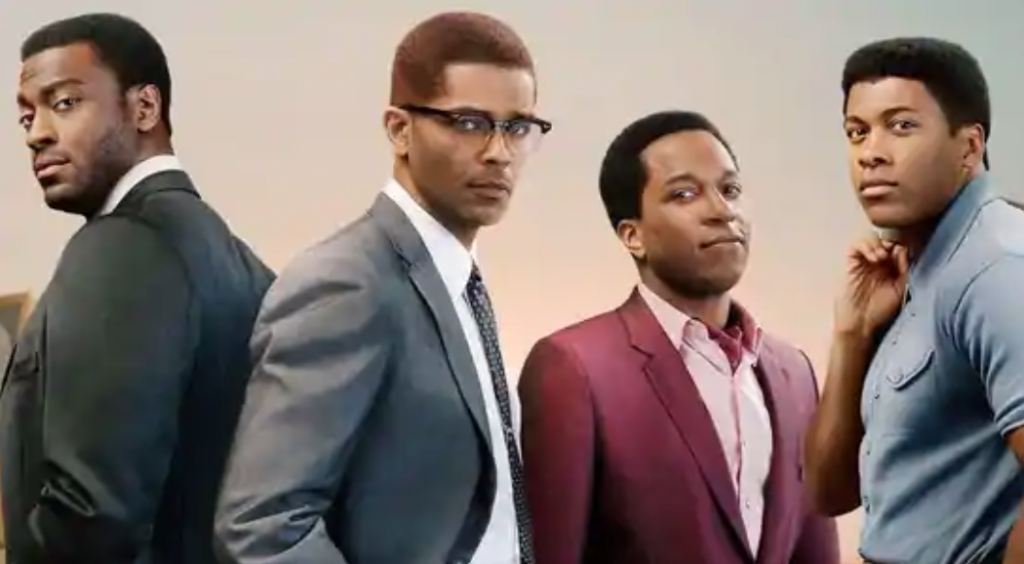 Directed by Regina King | Written by Kemp Powers, based on his stage play | 114 min | Amazon Prime 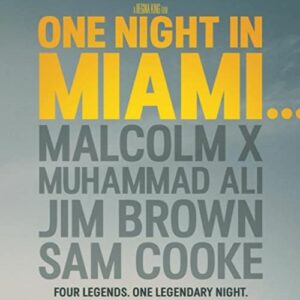 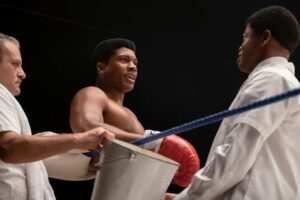 At this point in his life, Clay is being mentored by the activist, Malcolm X (Kingsley Ben-Adir), and is preparing to come out as a Muslim and change his name to Muhammad Ali. Jim Brown (Aldis Hodge), the former Cleveland Browns running back and actor, he’s also at the fight, as is the great soul singer Sam Cooke (Leslie Odom Jr). They all gather together at a motel room, but instead of a party, a celebration of Clay’s achievement, the film imagines what these friends might have discussed — their shared experiences, their dreams. And X starts to lay into Cooke about his role in the struggle for civil rights, suggesting that he’s not using his gift to bring the fight. 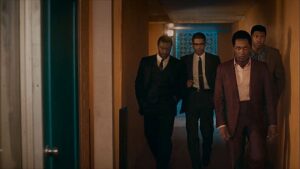 Regular readers to this blog will know that I tend to take a harsh view of stage adaptations. They bring none of the immediacy and all of staginess of their origins, though the better ones do tend to offer good roles for quality actors. That was certainly the case with the recent version of August Wilson’s Ma Rainey’s Black Bottom,  which also dealt with issues around African American culture and civil rights in a period setting. 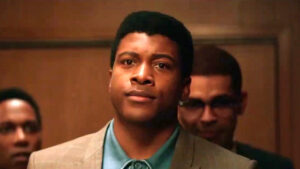 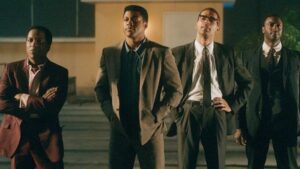 And, somehow, actor-turned-director Regina King is able to break down the stagey paradigm to allow its characters to breathe and move around. More credit to her. Not only does she bring a lot of dynamism to material that could’ve felt very hemmed in, she allows a refreshing naturalism and a great sense of era to predominate. Unlike Nicolas Roeg’s Insignificance, with which this picture shares some similarities — mostly the gathering of icons in a hotel room — King has her characters swagger and shift in a way that frees it up from those single location restrictions. 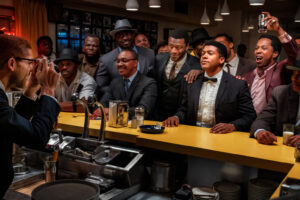 But mostly she allows the material, and its powerful political message, to sing. Malcolm X’s intensity resonates, even while his ideological rigidity and formality is called out by the others. Cooke, Brown, and Clay’s success shows there’s a way to a certain kind of freedom within the system, but when X reminds them that Black men are dying, his urgency for change is impossible to ignore. You can hear him shouting down the years at us in the here and now.