Written and Directed by Evan Morgan | 100 min | Crave Plus 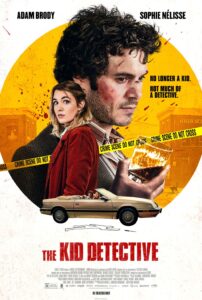 Abe Applebaum was the pride of the town of Willowbrook (actually North Bay, Ontario) back when he was 12 (Jesse Noah Gruman). He was a boy genius, brilliant at solving mysteries.  He’d lie awake at night, wondering if he was the smartest person in the world.

But, now he’s an adult (Adam Brody), and what was precocious is now either creepy or lame. He’s still making a living as a detective, but he’s got a goth assistant (Sarah Sutherland) and a habit of forgetting what day it is. The noirish inheritance is here, but only if Sam Spade was someone who peaked in junior high and was haunted by past laurels, with parents (Wendy Crewson and Jonathan Whittaker) who thought he was pathetic. 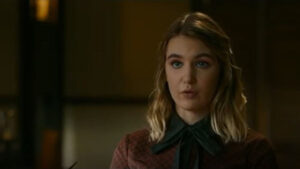 Teenaged Caroline (Sophie Nélisse, who was the best part of The Book Thief) hires Abe to find out who killed her boyfriend. He was a star pupil, so he couldn’t have been mixed up in anything untoward, right?

As Abe and Caroline shake down the local bad kids and interview key townies, the film skates along on its light, comedic script, unleashing the odd laugh-out-loud line, but occasionally dipping toward something darker. 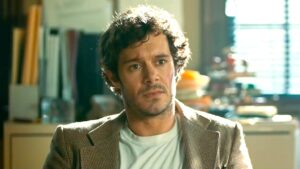 The question of identity and growing up is repeatedly put on the front foot, which is fine. Brody is likeable enough and the mystery plotting  is sharp. But, I couldn’t help but wonder what someone both more plausibly self-destructive, or a genuine improviser, might’ve done with the comedic side of this role. When it goes to the dramatic places, especially toward the conclusion, Brody’s character chops come to the fore. 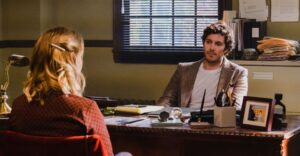 I was also left confused by the ending. This is one of those pictures that could’ve called it quits a scene or two sooner, because the protagonist’s journey of growth, and with it a certain amount of self-awareness and disillusionment, is completed 15 minutes before the credits roll. The theme is muddled in the final moments, which feels like a bit of a first-timer mistake. 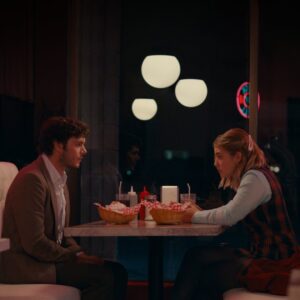 Still, Morgan’s film is idiosyncratic and ambitious. Whatever he does next, I’ll watch.