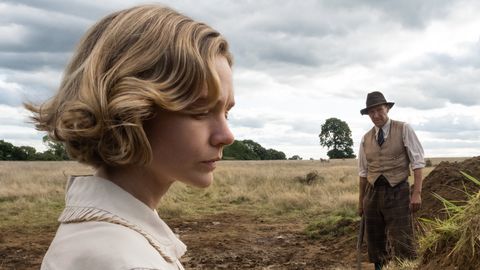 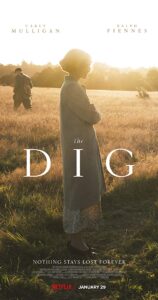 A gentle, moving drama, and lovely to look at, apparently based on a true story. The Dig has plenty of space for the stock and trade of English period movie: a host of repressed emotions, a soupçon of indiscreet romance, and a feast of gorgeous Suffolk countryside, with a melancholy, piano-driven score setting the table for the whole affair. 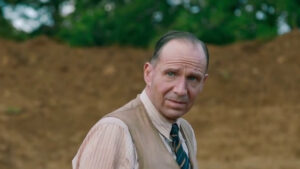 Mrs Edith Pretty (Carey Mulligan), widow, lives on a lovely estate with her son, Robert (Archie Barnes), a sweet kid and a fan of fantastic space adventure. The first act busies itself with the growing connection between Mrs Pretty and the loyal, reserved Mr Basil Brown (Ralph Fiennes), an excavator — actually a qualified but un-papered archeologist — she hires to examine and dig up the mounds in her garden. While he digs, she repairs to London to check her health. It turns out she’s poorly. 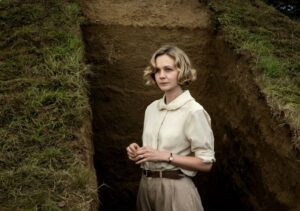 Brown finds something: the largest mound is a burial site from an indeterminate age, holding vast cultural knowledge and treasures. All this while the war rumbles in the background. It’s 1938, and all hell is about to break loose, threatening the pastoral idyll  out here in the fields. 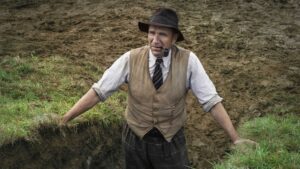 It’s around then we’re swiftly and suddenly introduced to a whole new cast of characters, including Mrs Pretty’s cousin, the wonderfully named Rory Lomax (Johnny Flynn): photographer, future RAF pilot, and current roving hunk. Also on the scene is the stuffy representative of the British Museum, Mr Phillips (Ken Stott), and a mismatched couple of fellow archeologists, the Piggots, Stuart and Peggy (Ben Chaplin and Lily James). Monica Dolan is also superb in her few scenes as May, Mr Brown’s patient wife. 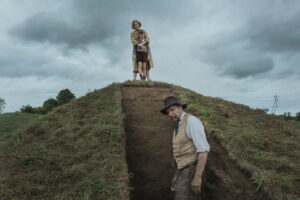 The introduction of so many characters halfway through the movie is a lot. It may test those who, having fallen in love with our two platonic leads, Mulligan and Fiennes, now have to make space for a number of other diggers while those initial two fade into the background somewhat. Everyone brings their best, but it’s hard to deny some narrative awkwardness as the film tries to accommodate a lot of threads that never feel quite as engaging as the first. 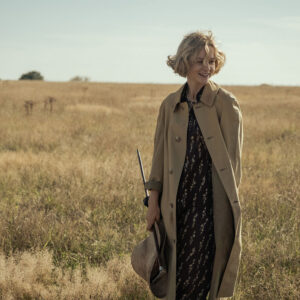 But, still, what resonates throughout is a lovely sense of place, the gentle, nudging theme of the often melancholy passage of time, and a collection of terrific performances with Mulligan and Fiennes on top — no surprise there. Watching this and the recently arrived Promising Young Woman is further evidence, if we needed it, that Mulligan is one of the most talented performers working in movies right now.

Maybe what’s most surprising about The Dig is how it manages, with real enthusiasm, to convey the thrill of uncovering evidence of a lost culture, thereby enriching our own. Don’t expect Indiana Jones, but it’s actually one of the most exciting parts of this otherwise warm and even-tempered tale.