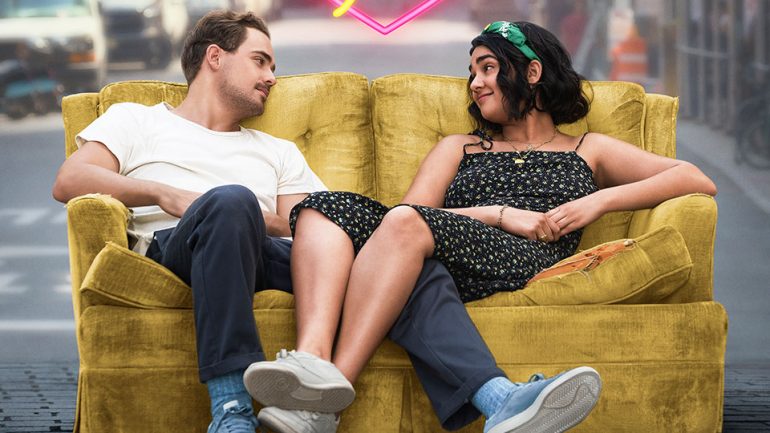 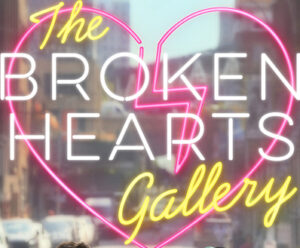 This film is a hens tooth — a brand new romantic comedy released in cinemas when most, if not all, its fellow genre examples have set up shop on Netflix and other streaming services. That it’s getting a big-screen release might be a testament to the picture’s quality — from a first-time feature director formerly employed as a writer on shows like Gossip Girl. It’s a frothy, very funny film, maybe the first fully fledged Gen-Y romantic comedy. If there’s any justice it will make its lead, Geraldine Viswanathan, a star. 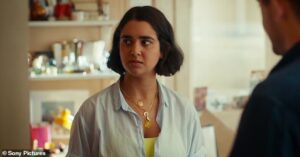 She carries the movie with a winning charisma the likes of which hasn’t been seen in a romcom since at least Kate Hudson, maybe since Meg Ryan. She makes us fall in love with her — a requirement of the best romcoms — and she’s an entirely versatile performer as we saw earlier this year in Bad Education. 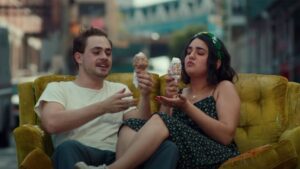 Here she’s Lucy. She’s recently ended a relationship, something she’s done frequently in the past. She’s a chronic serial monogamist and, let’s face it, a bit of a hoarder — hanging onto the detritus of romance, sentimental objects that reminder her of past love. Her roomies and BFFS, Amanda (Molly Gordon, who made an impression as Triple A in Booksmart) and Nadine (Phillipa Soo, best known as Eliza from Hamilton), can see it, even if Lucy can’t — but they have her best interests at heart.

Lucy gets involved with hunky Max (Utkarsh Ambudkar) at the gallery she works at — there’s a nice supporting role for Bernadette Peters as the gallery owner — but Max turns out to be a bit skeevy, and Lucy loses her job following the worst night of her life. She comes up with a plan — with the help of those friends — to make an exhibition from all the heartbreak memorabilia. That’s when hotelier Nick (Dacre Montgomery from Stranger Things) comes in — he’s been struggling to set up a Brooklyn boutique hotel for years, which gives Lucy the perfect location for her gallery. And, whaddaya know, she and Nick get along well in an entirely platonic fashion… but for how long? 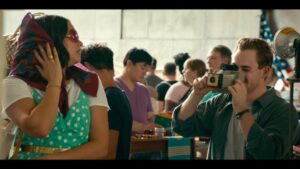 Yup, structurally this isn’t breaking much new ground — it’s no Spinster in that regard — but it works so well within the constraints of the genre that there’s a lot to enjoy. Krinsky’s script is packed with zingers, gags as fresh as fish hauled out of the water this afternoon, while each role is cast with style — wonderfully multicultural and memorable, even in smaller parts. 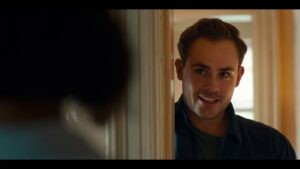 Channeling beloved romances of the past, Krinsky recreates a mythical New York of artists and roomy apartments with roof decks overlooking the Brooklyn Bridge, the kind of thing that we saw in Annie Hall and When Harry Met Sally, but I doubt really exists anymore except with the ultra wealthy… and in the hazy romance of movies like this. 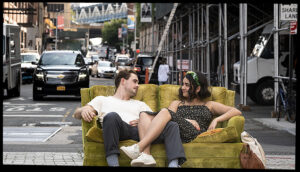 But the best thing about The Broken Hearts Gallery is Geraldine Viswanathan. Go see it for her and be reminded what real star power can do for a movie.