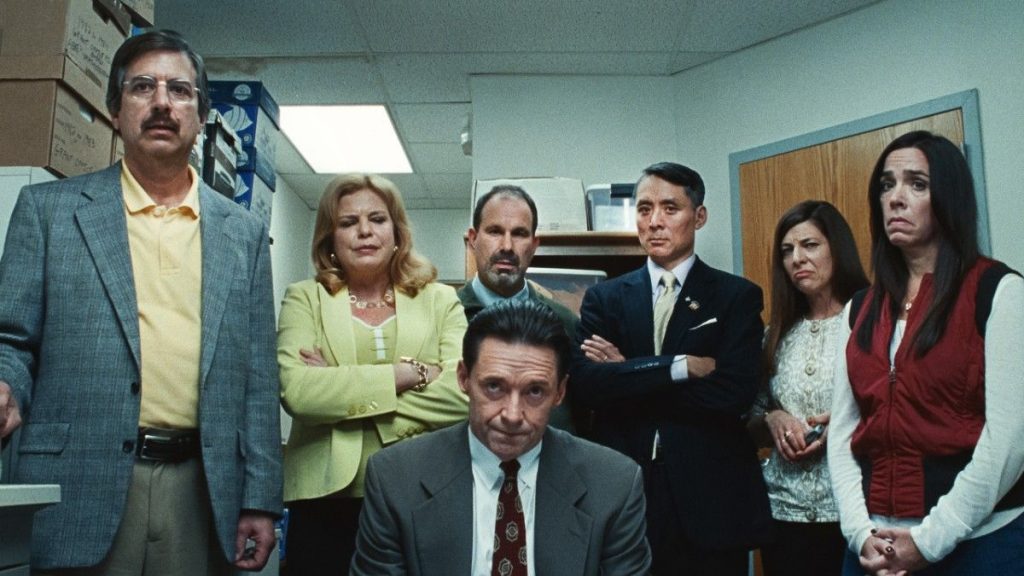 Directed by Cory Finley | Written by Mike Makowsky, based on the  article “The Bad Superintenent” in New York magazine by Robert Kolker | 108 min | HBO/Crave 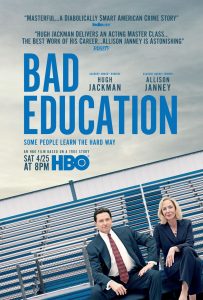 Go into this film cold.

You can read up about Frank Tassone and the scandal that rocked an upper middle-class district of Long Island, New York, if you must, but I knew nothing about it before watching the film, and was gobsmacked to discover what these people got up to when nobody was looking. Or, more accurately, when nobody cared.

I’ll give you only the basic facts, which are far from spoiler-y: Hugh Jackman is Tassone, a much admired educational superintendent who works hard, remembers all the students’ names, and shakes all their parents’ hands. He recognizes how much a good school — one that uses a list of students who go to Ivy League schools as a marketing hammer — can make a difference in a community. He takes pride in his work. But he’s someone with a secret. Maybe more than one. 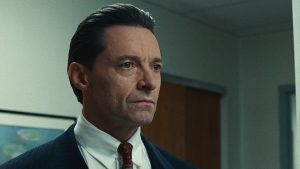 What’s remarkable here is how much the community at the school wants to look the other way, because if the secret gets out, it’s going to make all their lives much more difficult. It’s gonna mess with their plans and their lifestyles. It’s going to lower real estate values.

The director, Cory Finley, who helmed the smooth and well-told Thoroughbreds, guides us through this plot in such a way it tempts us with collusion, and does so by parcelling out information gradually, in perfectly measured increments, and by casting the wonderfully likeable Jackman and Janney. Viswanathan is also excellent as someone who refuses to be intimidated, even as she has plenty of reason to be so. 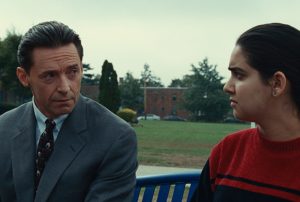 Bad Education reminds me how much Jackman brought to The Front Runner in a role not so dissimilar to this one, but I have a feeling his distinct lack of vanity here might earn him more plaudits, the controlled desperation. 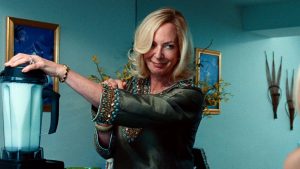 That said, Frank Tassone is a character for whom you can feel Jackman, Finley, and their collaborators have a lot of sympathy. The film around him is worthy of the performance.