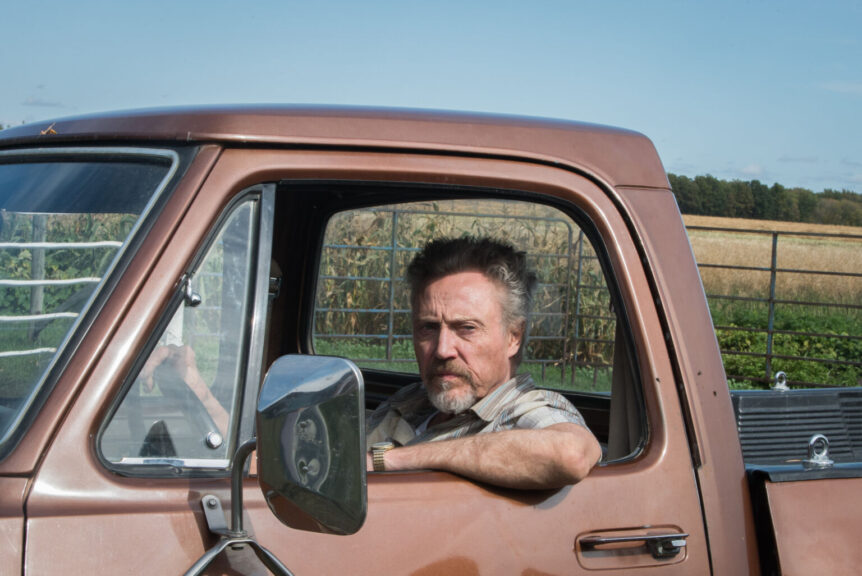 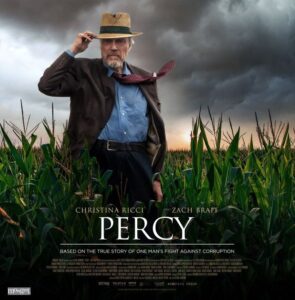 Percy Schmeiser is a farmer from Saskatchewan. In the late ’90s he was sued by Monsanto, the global agribusiness conglomerate, who accused Percy of growing canola seeds that include their patented tech. He claimed to have done it unknowingly and went to court to protect his business and reputation, which led to the case going all the way up to the Canadian Supreme Court through appeals. Actor-director Johnson (maybe best known for his role on season five of The Wire) delivers an entertaining, Manitoba-shot version of an issue film that, if not quite up to the emotional heft of Erin Brockovich or Silkwood, it’s certainly in the ballpark. 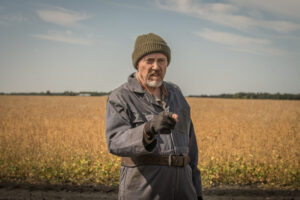 Percy‘s much enlivened by the presence in the lead of veteran Oscar-winner Christopher Walken — an actor who’s travelled all the way from oddly delightful, oddly creepy screen presence to a full-on weirdo over the course of 50 years on screen. This role signals a new chapter in his career, that of crotchety, stubborn senior.

His Percy needs encouragement to face up to the Monsanto lawyers, but once he gets a taste of it — and receives letters of encouragement from other farmers who for a host of reasons lost their fight with the company — he gets good at it, at one point going all the way to Mumbai to speak on the subject of independent farmers versus big business. Canadian thesp Roberta Maxwell is also solid here as his wife, Louise.

While the script and filmmaking is meat and potatoes, the David vs Goliath story is more than enough to hold the interest — and Johnson’s assembled a lot of talent in supporting roles. Christina Ricci impresses as the representative of an eco-group who offers their support to Percy, but use him as a way to forward their own agenda and only to a point. The film is clever and clear-eyed about how easy it is to lose sight of the rights of the little guy. 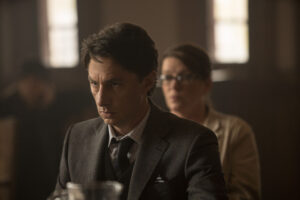 Oh, and fans of Canadian songsmiths David Francey and Old Man Luedecke will also enjoy the film for the deft use of their tuneage. “Monsanto Jones”!