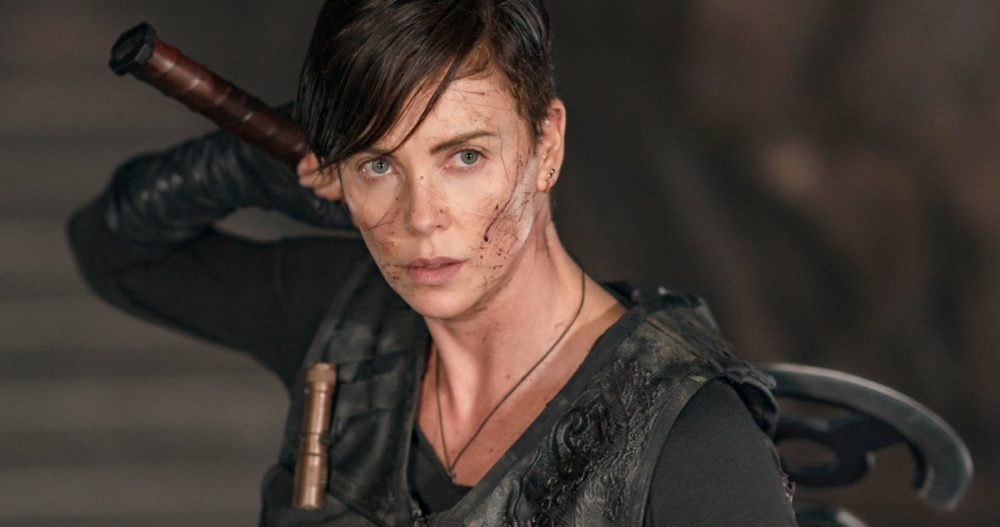 Directed by Gina Prince-Bythewood | Written by Greg Rucka, based on the graphic novels by Rucka and Leandro Fernandez | 125 min | Netflix 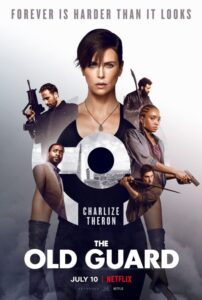 This is a blockbuster that arrives streaming in a season without superhero movies, and in that it might satisfy audiences looking for an escapist fix, but it also has things in common with other Netflix-only features like Triple Frontier and Extraction — it explores the price of a life of violence — through it applies a more feminine perspective. Otherwise, The Old Guard is conventional in most of the ways an action picture can be, but in the carnage it surprises with character notes that help us care. 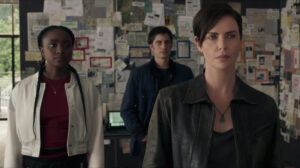 Charlize Theron sports a variant on her Aeon Flux ‘do — though this film is a lot better than that one was — as Andromache of Scythia (everyone calls her Andy), the tough-as-nails leader of a small group of immortal warriors: Booker (Matthias Schoenaerts) and a badass couple, Joe and Nicky (Marwan Kenzari and Luca Marinelli). Andy is tired — she’s been walking the earth for a millennia (at least) and she’s unsure of what good she’s done. She’s also still bereft over the one team member, Quynh (Van Veronica Ngo), who met a fate worse than death, literally. 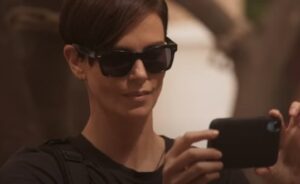 But then, for the first time in a couple centuries, they connect with a newbie of their own kind, Nile Freeman (KiKi Layne), a marine in Afghanistan who’s KIA but mysteriously heals and comes back to life. Nile isn’t much interested in living forever — well, not forever, but a very long time… this brand of immortality comes with asterisks. Joining this little group of dysfunctional, largely morose century-old warriors isn’t on her wish list, either. 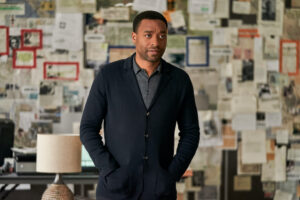 Things get complicated by the arrival of ex-CIA man Copley (Chiwetel Ejiofor), who’s tasked with proving that this team is invulnerable, and then collecting them for his boss, Merrick (Harry Melling), a big pharma CEO and gajillionaire who wants to unlock their DNA to provide the secret of immortality to the world.

So, you see, there are a few interesting ideas here, but they’re overwhelmed by the wildly derivative ones. I mean, its most obvious antecedent, Highlander, had a sense of humour, a sense of style, and Queen on the soundtrack. The Old Guard is sadly absent all of that.

But as we go along, it gets better. The performances help deliver genuine empathy for characters who illustrate the drawbacks to not dying. It’s nothing we haven’t seen before, but the picture allows enough time in between set-pieces for us to like these people, even as they occasionally make bad decisions. It turns out what the movie’s actually about is duty, age, and idealism. The woman behind the camera, and the key relationship between the new recruit and the long-serving veteran, also women, give the film a very different flavour than your typical muscle-headed actioner.

I can’t really recommend those action sequences, however. In a world that has three John Wick movies, which are the high bar, this choppily edited material is resolutely average in the gunplay and hand-to-hand combat. Also, while there’s a lot of promise in a villain whose motivations are entirely plausible and relatable — I’d want what Merrick’s pharmaceuticals is hoping to sell — the movie makes him a megalomaniacal little douchebag, squelching any relatable qualities.

So, it’s not without problems, but you should find enough here to scratch that big budget action fantasy itch, and maybe that’s enough.