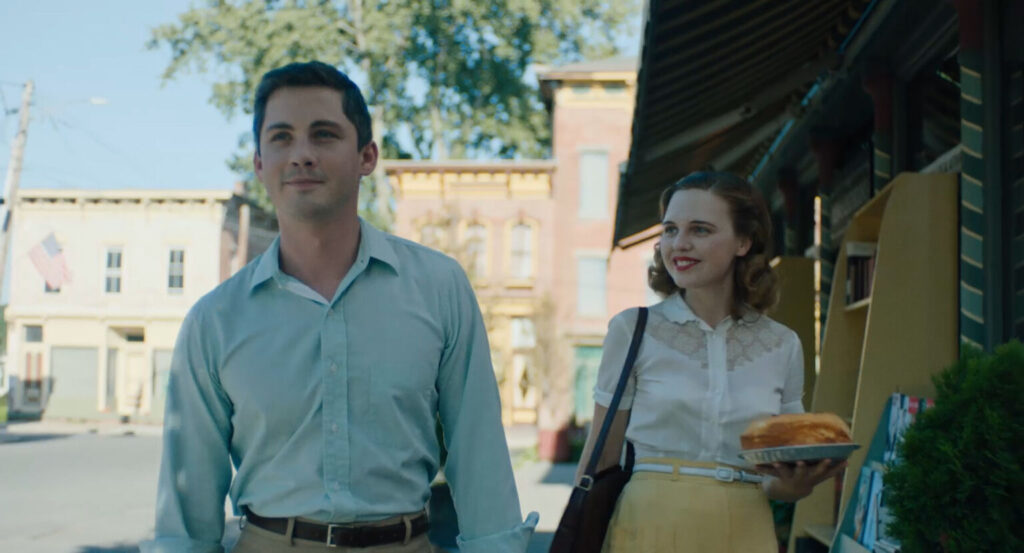 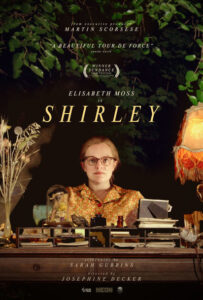 It’s the 1950s. A young couple, newlyweds, arrive in small town Vermont on the train. Fred (Logan Lerman) is to be the assistant of a renowned professor, Stanley Hyman (Michael Stuhlbarg), while Fred’s wife, Rose (Odessa Young) is pregnant with their first child. Stanley insists the couple stay in his rambling old house, but in exchange Rose is to do the housekeeping and cooking, and watch over Stanley’s wife, the troubled writer of popular psychological horror, Shirley Jackson (Elisabeth Moss). Shirley, you see, never leaves the house, drinks too much, and is generally disagreeable, while Stanley is controlling, and a philanderer. But, a connection forms between Shirley and Rose. 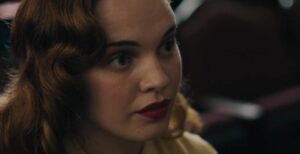 The fact that the story is deeply fictionalized spares Shirley some of the duller pitfalls of your typical biopic and allows indulgences, exploring the damage a creative force can do to the people around them —  but the film would also rather substitute a pinch of melodrama for the spirit of authenticity. That’s a bit problematic, especially when you know Jackson’s son had some trouble with it. 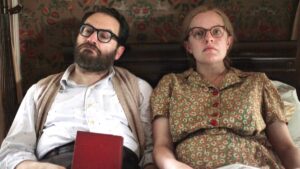 Just like Decker’s last feature, Madeline’s Madeline, this film impresses with its immediacy and the performances of the leads. The narrative is pitched at a tone somewhere in the neighbourhood of Who’s Afraid Of Virginia Woolf, with added space for dream sequences and other expressionistic detours. Decker relies heavily on a hand-held camera with shallow focus, allowing objects and characters to go out of the frame or go soft in the background, sometimes leaving the middle-ground sharp while shooting past objects up front. You have to look past the distractions to locate the truth.

It’s never less than interesting. While the picture’s title and high profile star, Moss, might lead you to think it’s her movie, it isn’t. The real revelation here is Odessa Young, an Aussie actor with a confident grip on her American vowels who I noticed first in Sweet Virginia. From the film’s second shot — she’s reading on a train — her arc is by far the most compelling. You get the sense of her freedom through her sexuality, but as she starts to distance herself from her husband and get drawn into Shirley’s world, she finds an odd mix of confusion and focus. Moss is fine, though frequently plays Shirley bigger than she needs to, while Stuhlbarg is similarly shouty and brash through his crumb-catching whiskers. 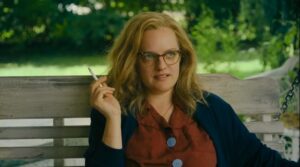 With all this talent in front of the camera, it’s more the shame then that the plot occasionally lets them down. A mystery-stoking aside about the disappearance of a college co-ed, fuelling Shirley’s writing, never really goes anywhere, and the film ends somewhat anticlimactically. Turns out that the relationship between the two women is the best part of what’s happening here.