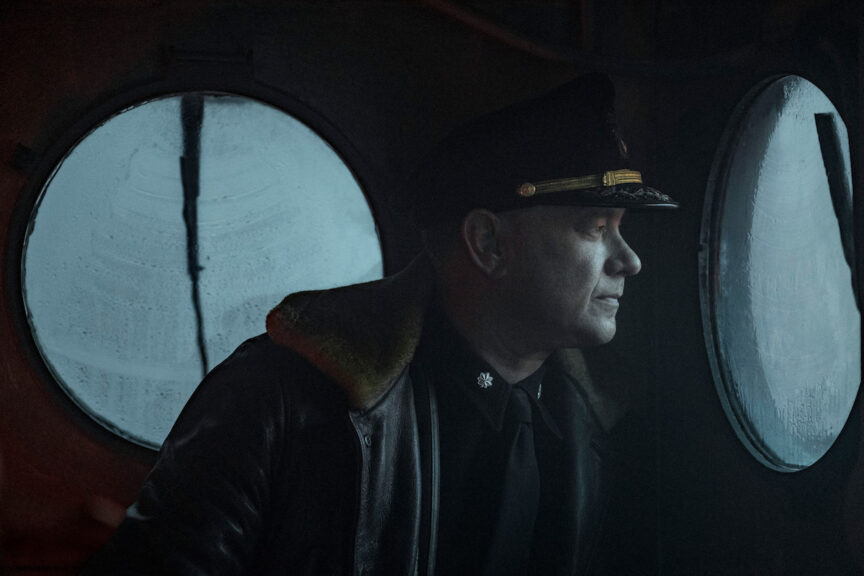 Directed by Aaron Schneider |  Written by Tom Hanks, based on the novel, The Good Shepherd, by CS Forester |  91 mins | Apple TV Plus 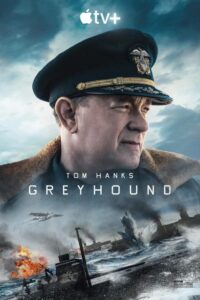 Lets talk about where we are with CGI in 2020 for a second.

For your average fantasy blockbuster a good FX house can deliver enough support to make us punters in the audience buy in to its universe. We’ll believe a costumed hero can fly, that orcs swing enormous battle axes, and that the force is strong in a young paduwan because we bring half that faith with us in our expectations.

For a film based in realism like, say, a Battle of The Atlantic sub-hunter drama set in February 1942, the challenge for special effects is greater. We’ve gotta be there in the cold ocean waves, we have to feel the weight of these ships’ hulls in the water, and when they go down, we’ve got to practically smell the oil, slick and viscous on the surface. 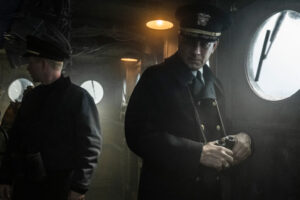 I’d give Greyhound about a 70 percentile for the computer graphics. It’s soft in the opening — coming in from the cloud cover it looks like video-game animation,  and a couple of shots late in the running are hazy, but where it counts, in the action, things improve. On the deck of the destroyer protecting a convoy of wartime suppliers, the set feels entirely real, and so does the suspense.

Hanks, who also serves as screenwriter, is typically excellent as the man in charge, Captain Krause. He barely has a moment of doubt as the convoy is beleaguered by a wolf pack of German U-Boats, but with the pace of this thing, he hasn’t got the luxury of doubt. Hanks the screenwriter and Schneider the director keep things breakneck with the constant threat of torpedoes to the convoy and to their own protector ships, and at just over an hour and a half Greyhound runs hot with barely a pause to catch its breath.

There may have been room for more enemy characterization beyond taunts over the radio — a la Curt Jurgens in 1957’s The Enemy Below  —  but that might’ve just added unwelcome fat to the proceedings. Stephen Graham as Executive Officer Cole, and Rob Morgan as Cleveland, who tries to keep Krause fed, both provide potent presences amongst a sea of young faces playing terrified seamen. 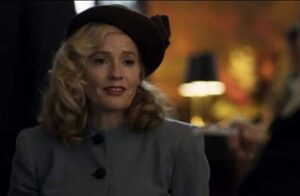 I can see the logic of the framing device — Krause meets with a lady (Elizabeth Shue) in San Francisco hoping for romantic commitment — in that it’s the only place in the film with room for a woman, but it’s token, an inessential bit of storytelling. The film works best in that it offers no real backstory for any of the other characters beyond the ocean and the battle — it insists we stay present on the waves.