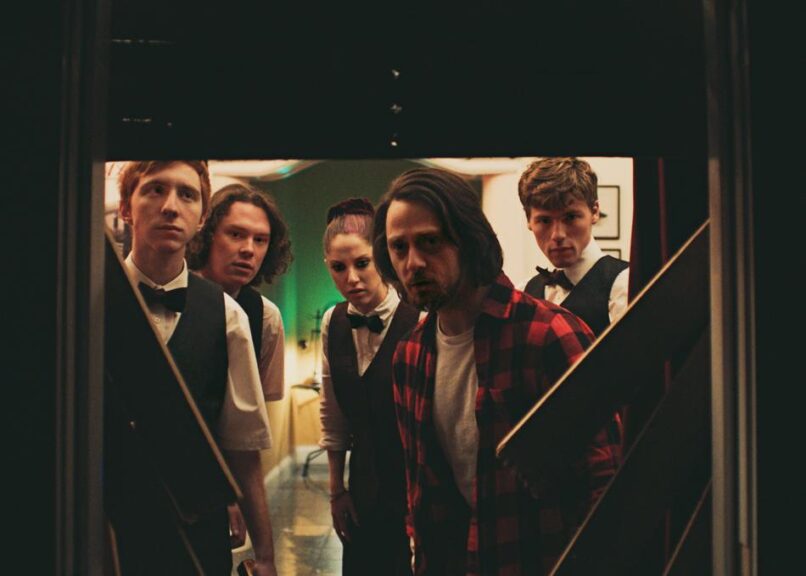 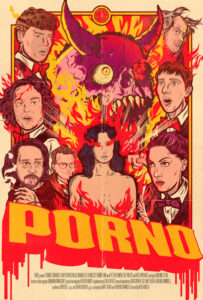 This one is a little painful. It’s an ode to comedy horror movies of the past by filmmakers who deliver something that feels entirely ersatz — neither funny enough nor frightening enough to qualify for the genre. Worse, it misses real opportunity to be transgressive, instead leaning into a weirdly puritanical streak.

The set-up is so enticing, too. We’re in a single-screen cinema back in 1992, showing A League Of Their Own and Encino Man. Friday night the staff, four god-fearing teens — manager Chaz (Jillian Mueller), ushers Abe (Evan Daves), Todd (Larry Saperstein), and Ricky (Glenn Stott) — and college drop-out-turned-projectionist, Heavy Metal Jeff (Robbie Tann) — can’t decide which movie to watch after hours. When a homeless dude plows through a wall revealing a hidden smut theatre and storage room, the staffers project an “art film,” which releases a succubus (Katelyn Pearce) that preys on their hidden desires. 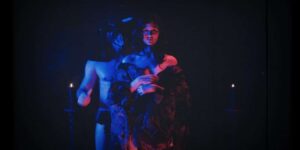