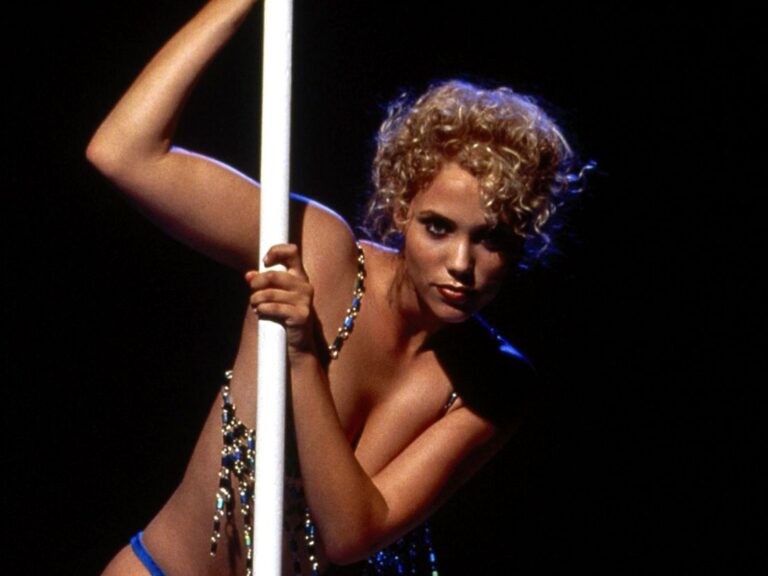 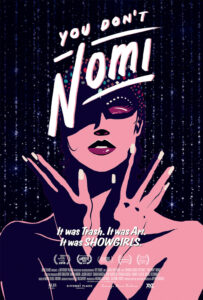 I love the idea of a documentary that reassesses unloved, underappreciated, or cult films, and it’s undeniable a cult has grown (if ironically) around Dutch director Paul Verhoeven and screenwriter Joe Esterhaus’ famously sleazy disaster, Showgirls. While it’s fascinating to look back at 1995, when film culture was so very different, and reassess this picture with the gift of hindsight, despite the approbation found in this doc the jury is still out on what makes Showgirls so special. 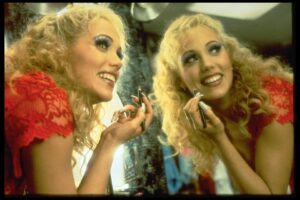 If you’ve never seen Showgirls, you needn’t feel bereft. It’s basically All About Eve with exotic dancers in Las Vegas, starring Elizabeth Berkley, Gina Gershon, and Kyle MacLachlan, and is both intentionally outrageous (with enough nudity and sex to earn an NC-17 rating) and unintentionally funny.

This isn’t a documentary that finds a whole lot of fresh interview material with any of the original players, so if you’re expecting a better sense of the work through the talent who made it, you’ll need to look elsewhere. Instead, we get verbal think pieces accompanied by scenes from the film, and from other, better Paul Verhoeven pictures. It’s similar in some ways to Rodney Ascher’s Room 237, about The Shining. Like that doc, we don’t see the interviews filmed (here we occasionally see the interviewees in relevant performance clips), we just hear their opinions. 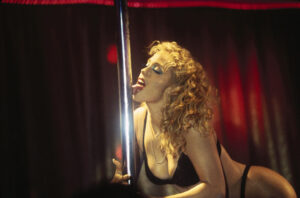 Adam Nayman, who wrote It Doesn’t Suck: Showgirls, an apologia for the movie, gives us his passionate argument for its so-called achievement. We also hear from critics, including Haley Mlotek, who’s a little more even-handed. Joshua Grannell loves it — in drag as Peaches Christ they’ve helped elevate the picture to high camp with midnight movie audiences. We also hear from Jeffery Conway, who wrote a book of poetry about the film, Showgirls: The Movie In Sestinas, and April Kidwell, who found success as Nomi in Showgirls: The Musical, as well as David Schmader, who (I gather, I haven’t heard it) did a somewhat tongue-in-cheek DVD commentary for the film when it was rereleased a few years ago to capitalize on its home-and-midnight-screening cult.

All of which is reasonably diverting stuff, but whether any of it will convince you Showgirls is a masterpiece, I’d be surprised. While the enthusiasm with which some here speak of Showgirls makes me shake my head a little, I can muster unreasonable commendation for any number of films few others enjoy half as much. So, who am I to judge?