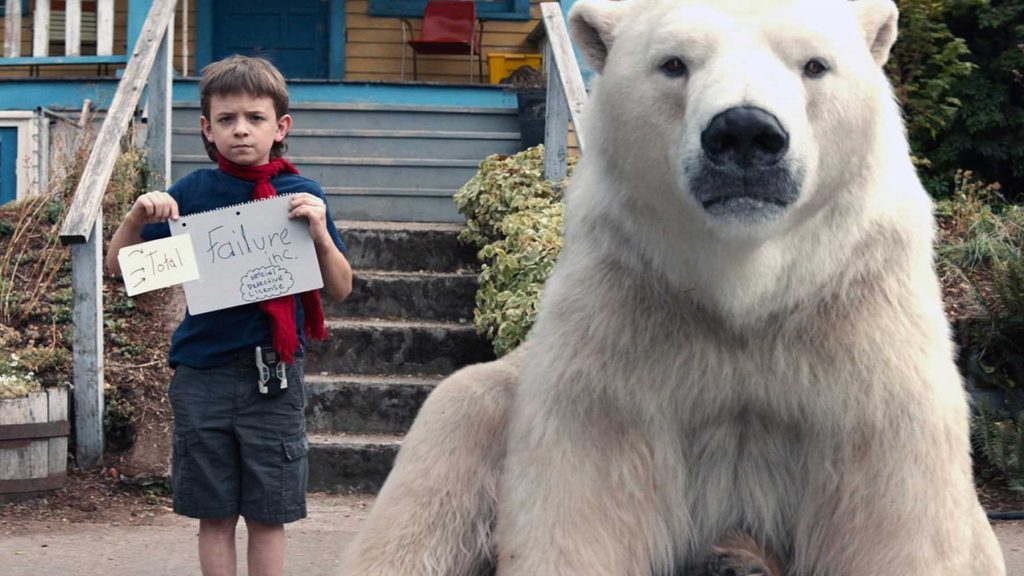 Directed by Tom McCarthy | Written by McCarthy and Stephan Pastis, based on Pastis’ book | 99 min | Disney + 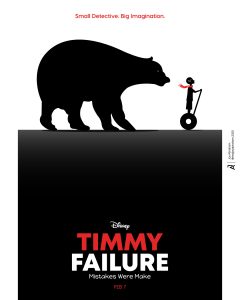 Timmy Failure (Winslow Fegley) is a 11-year-old detective sporting a red scarf because it’s not what the normals do. He takes his job as an investigator very seriously, a little like Tracer Bullet, the hardboiled private eye of Calvin & Hobbes fame. Like Calvin, Timmy has a wild animal partner: Toto, a 1500 lb. polar bear who showed up in his kitchen to sample his cereal one morning. 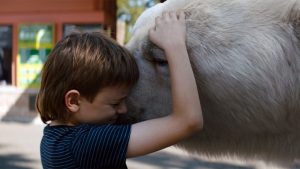 Timmy lives in Portland, Oregon, with his mother, Patty (the charming Olivia Lovibond, her British accent entirely absent). But Portland is also known as Stumptown. It’s rife with crime and corruption. Timmy’s on the trail of a missing backpack, a purse snatcher, a stolen Segway, and even Russian spies, all while his mother is collaborating with law enforcement — a meter maid, Crispin (Kyle Bornheimer). 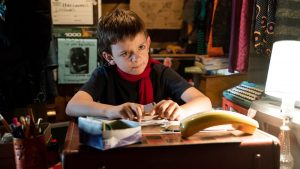 This picture is an unalloyed joy. Directed by the extraordinarily versatile actor-writer-director Tom McCarthy (The Station Agent, The Visitor, Spotlight), Timmy Failure provides a loving look at the quirky, unique culture of Portland, serving it up as the kind of place someone like Timmy would naturally come from. Timmy’s view of the world is indulged, but at the same time we get to see the more grounded perspectives of his classmates (including solid work from child actors Ai-Chan Carrier, Chloe Coleman, and Kei), as well as the adults around them. Wallace Shawn has a lot to do as one of Timmy’s teachers, Mr Crocus, and gets to have almost as much fun as he did in My Dinner With Andre, while the frequently larger-than-life Craig Robinson dials it back as Mr Jenkins, Timmy’s school counsellor.

This is also the kind of movie that works on two levels — the live-action, easy going Disney picture is very much in effect, but it’s also a wildly funny and sharply written comedy, and clear-eyed about what a effort Timmy and his noirish imagination is to manage. He learns that just saying “mistakes were made” doesn’t mean much if you don’t take responsibility for making them. 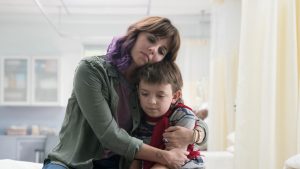 An unassuming contender for one of the best films of the year, especially welcome when laughs are in such short supply.