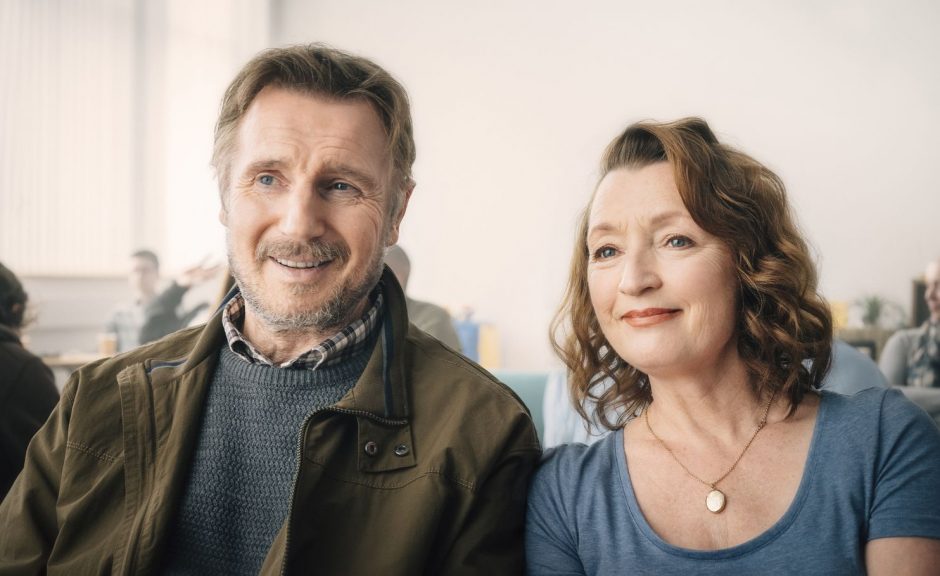 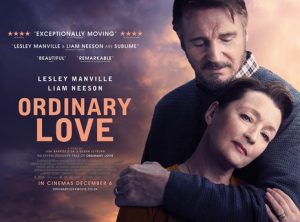 A somber, but unsentimental film about a loving middle aged couple where one partner is diagnosed with breast cancer, and how the illness impacts their life together.

Joan and Tom (Lesley Manville and Liam Neeson) are an Belfast couple who’ve been married for ages. They’ve lived through hard times already — the death of a child is somewhere in their shared history — and now they get the bad news about her health. A good portion of the film is her experience of treatment and his fear of her possible death, while the NHS is portrayed as modern, efficient, and caring, with wide, clean, and well-lit hallways, filled with kind, intuitive doctors. 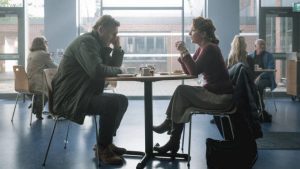 Their relationship is rich and entirely believable, a gentle mix of everyday mundanities, mordant humour, bickering, and outright arguing as their lives change. If they have friends, or a life beyond each other, we don’t see much of it. Questions of finances, of work, none of that comes up. There’s a simplicity in that, and a beauty in the film’s single-minded portrait of love at a time of stress, though some may miss any sign of self-awareness of privilege, or much depth from anyone else on screen. I briefly wondered what Ken Loach might’ve done with this material.

But, there is a lot of wisdom in the script about how we ignore, negotiate with, and manage the threat of death. It feels more than authentic, it feels hard earned. 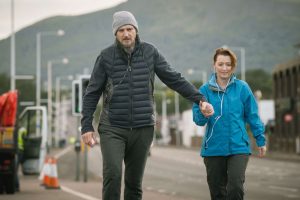 What’s most remarkable here is what we get from these veteran thesps. They’re a great double-act, playing characters who are entirely lived-in, with a chemistry that’s off the charts. They’re probably the best reason to see Ordinary Love. 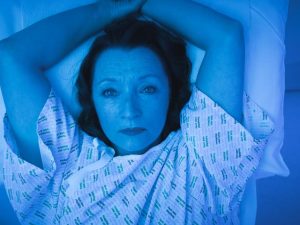 One thought I couldn’t shake off: Manville is clearly wearing a bald cap when her character goes through chemotherapy. I know successful actors are a busy bunch and shaving her head might make the next part harder to get. But if you’ve agreed to do this film, might that not be a requirement of the character? I apologize if by noticing that I’ve now made you notice it, but some suspension of disbelief is harder than others.