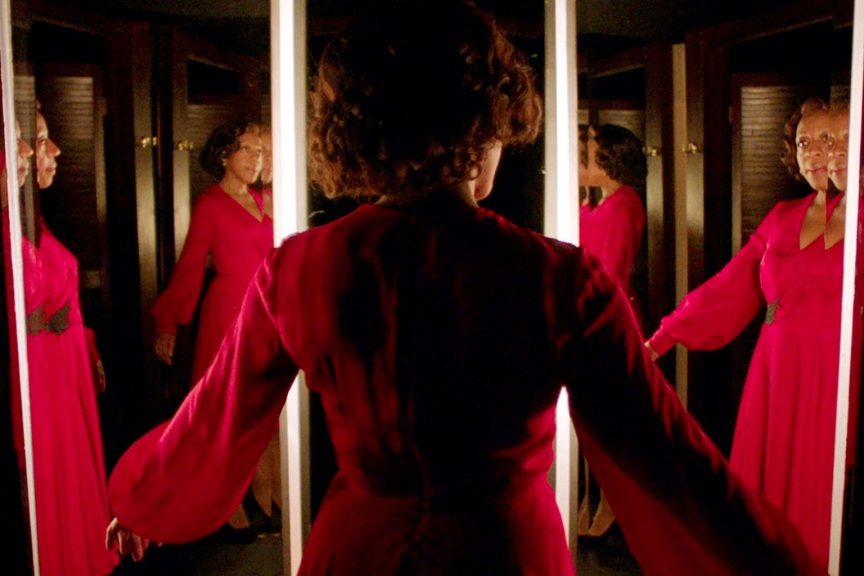 Written and Directed by Peter Strickland | 118 min | Crave Plus 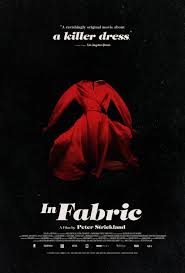 A scene in a clothing store:

“A purchase on the horizon, a panoply of temptation. Can a curious soul desist? ” asks the elegant salesperson with the lacy, gothic look.

“The hesitation in your voice, soon to be an echo in the recesses of the spheres of retail,” says the salesperson.

That’s just before Sheila spots the beautiful red dress that will change her life.

That’s pretty much the tone you’re getting here. 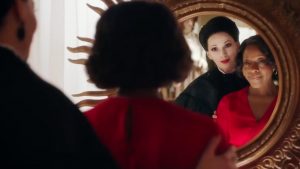 I was a fan of Strickland’s Duke of Burgundy for its peculiar, baroque sensibility, but that film skated past the broadly camp laughs that this follow-up wraps in its arms and gives a loving hug.

Sheila (Marianne Jean-Baptiste) is a lonely 50-something divorcee, living with her art-school son (Jaygann Ayeh), who invites his girlfriend,  Gwen (an unrecognizable Gwendoline Christie) over to their modest home on the regular.

Based on the fashions and the interstitial stills of magazine sales ads I’d guess this is set in the late 1970s. Newspaper personals are still a thing and Sheila is dating, looking for someone new in her life. She buys the red dress, but then discovers it was worn by a model (Sidse Babett Knudsen) who subsequently passed away.

Yes, the dress is haunted by an evil spirit. 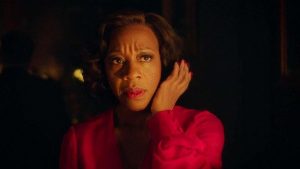 Strangely, the picture feels like it’s wrapping up about halfway in when it turns a corner to follow an entirely different character. Reg Speaks (Leo Bill) is a washing machine repairperson about to get married, whose obnoxious buddies make him wear the red dress in question on his stag night. This is all pretty bonkers, and frequently hilarious, channelling Dario Argento with a tongue firmly planted in cheek. 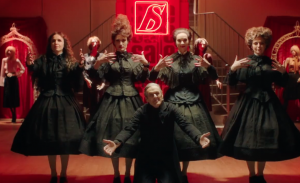 Looking for a thematic thread? A certain anti-consumerist commentary creeps, as well as a workplace satire in the scenes between Sheila and her inquisitive micro-managers, Reg and his boss, even the ladies at the dress shop and the ghoulish fellow they work with. What about Reg’s gift for hypnotizing clients with talk of drive shafts and wig wags and plungers and inner tubs? That escapes any and all understanding. 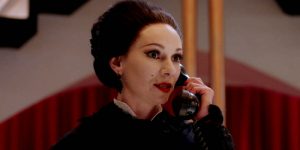 But while In Fabric meanders into inexplicable territory, there’s still a lot to enjoy. The MVP here is Fatma Mohamed as the salesperson quoted above. Oh, that exquisite diction.