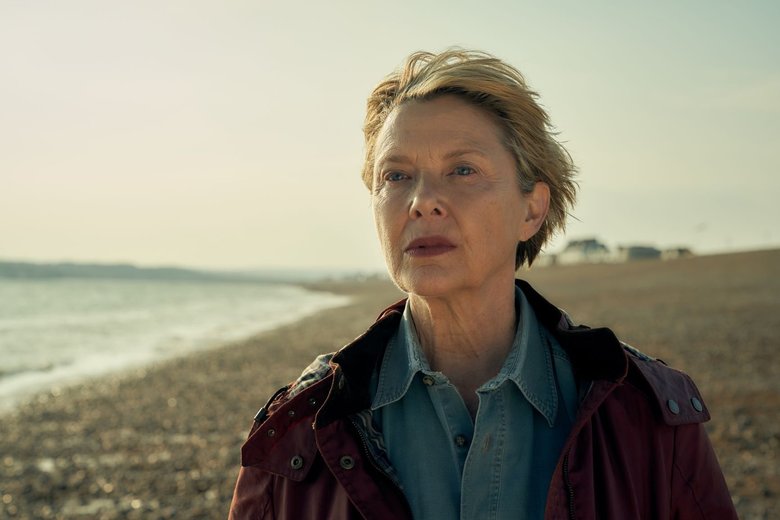 Written and Directed by William Nicholson | 100 min | On Demand 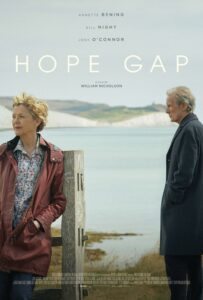 You could describe William Nicholson’s new film as a tale of middle-aged heartbreak. We meet Grace and Edward (Annette Bening and Bill Nighy), an older couple living on the gorgeous southern coast of England just adjacent to the fabled white cliffs. They have an adult son, Jamie (Josh O’Connor), who visits less frequently than Grace would like. Grace and Edward’s lives are fractured when Edward decides he’s had enough of the relationship and leaves.

That set-up is a 40 litre jug of fuel for a domestic drama, but despite the rich concept, the wealth of talent both in front and behind the camera — Nicholson is best known as the screenwriter of films like Shadowlands, Gladiator, and Unbroken — there’s something that’s gone off with his first feature as a director in more than two decades.

The problem lies with Bening, and how the film treats her character. 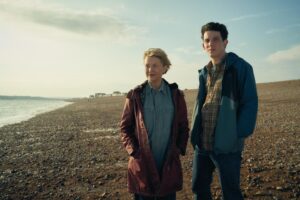 First off, she issues vowel sounds that wouldn’t be unusual coming out of Emma Thompson’s mouth, but she never settles into the accent. A technical note like that would be easy to overlook if Grace, the central protagonist, had any kind of arc, but Nicholson makes her both relentlessly awful and the single source of humour in his film, unbalancing his core dramatic précis.

The first 30 minutes of Hope Gap feel as real as can be. Grace and Edward are set in their ways and routines — Grace prods her husband, looking for a response from his deeply introverted, deeply English reserved manner. It’s more than verbal jousting — she both physically and emotionally abuses him. We see her strike him, and maybe it’s not for the first time. This sets her up as a bit of a monster, and you can’t help but take his side as he extracts himself from a marriage that’s made him so unhappy. Grace’s lack of awareness of Edward’s pain, even with his difficulty communicating, paints her as deeply selfish. Her petulance after the split doesn’t help. 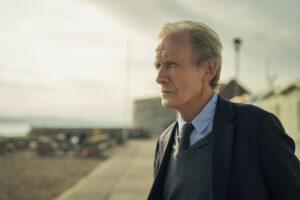 It leaves Bening to do the heavy lifting, to find a way to make us feel Grace’s pain at being left behind, but she’s so unpleasant, especially to her son — who does his best to be a neutral party in the schism — we’re never given a chance to step into her shoes. This even when it’s revealed Edward has left Grace for another woman. (This isn’t much of a spoiler, it’s in the trailer.)

It’s in the second and third acts when Nicholson allows for moments of humour to creep in to the tale, tipping Bening’s performance over into camp outrage, her interest in poetry just underlining a core lack of self-awareness. You have to wonder where the filmmaker’s compassion is for his character if he first makes her so hateful, and then expects us to warm to her by laughing at her rigidity and lack of understanding. At one point she gets a puppy, names it Edward, only so she can teach the dog to “stay.” 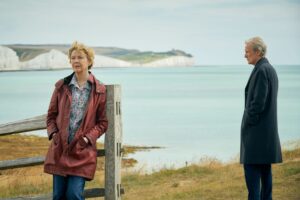 Late in the going there’s one real moment of communication, and tellingly it’s when Grace, for maybe the first time in the film, actually listens to what someone else has to say. Jamie explains to his mother why it’s unfair of her to consider suicide; how she navigates hardship will provide a roadmap for him later in life. It’s a great moment for O’Connor, but think about it: Grace’s son, Jamie, has to explain to Grace why killing herself is selfish.

And Bening never quite gets us to empathize, but it’s far worse that the filmmaker doesn’t.