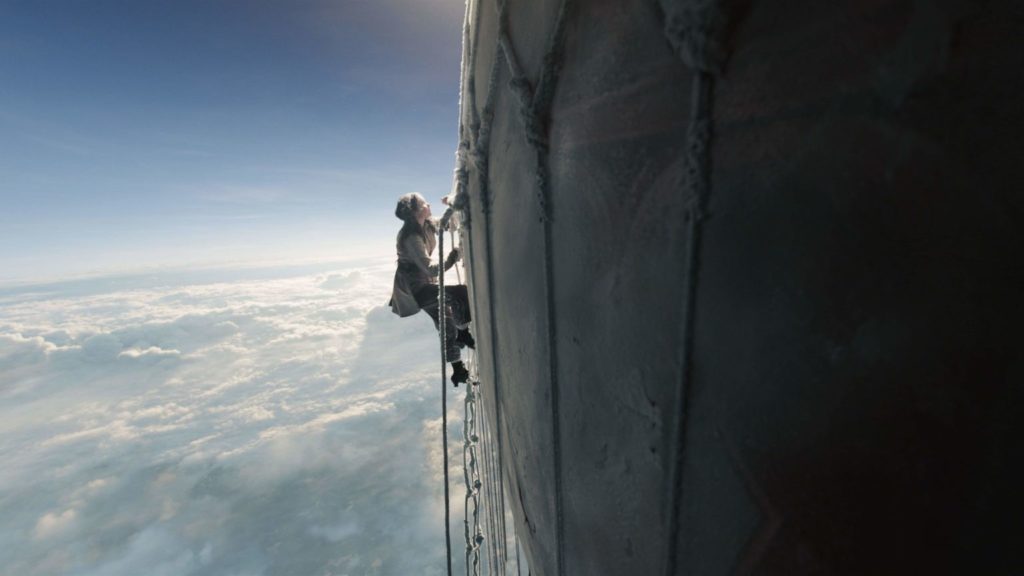 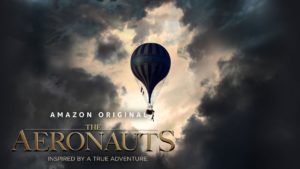 It’s 1864 London, and flamboyant balloon pilot Amelia Wren (Felicity Jones) and meteorologist James Glaisher (Eddie Redmayne) are aiming to go higher in the air than any human beings have before. The Theory Of Everything actors have an established familiarity, and maybe even a little chemistry, which is put to good use here in the scenes set in the balloon above Victorian London — beautifully realized via visual effects — and high in the clouds, and that despite Redmayne playing another marble-mouthed introvert in a career filled with a few too many of them. 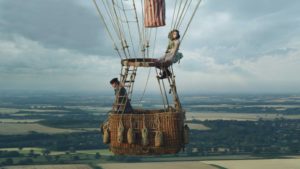 As Wren, a fictionalized character based on real life female aeronauts, Jones has the fire that lifts this wholesome tale, her character struck with melancholy over the death of her aeronaut husband (Vincent Perez) and finding her way back to life through fresh adventure. Director Tom Harper (who helmed Wild Rose, also on Prime) does solid work in the air, but the film stumbles into too-frequent cliche during earthbound flashbacks, despite a fetching production design and the welcome presence of quality thesps like Tom Courtenay, Himesh Patel, Phoebe Fox, and Tim McInnerny. It’s a surprise this isn’t a Disney production — it has some of that well-scrubbed friendliness about it. 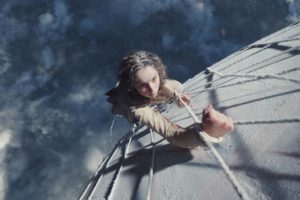 That’s not all bad — if there’s a saving grace it’s that there’s a little magic way up above, and Glaisher isn’t required to save Wren in some heroic masculine gesture. Quite the opposite, in fact.