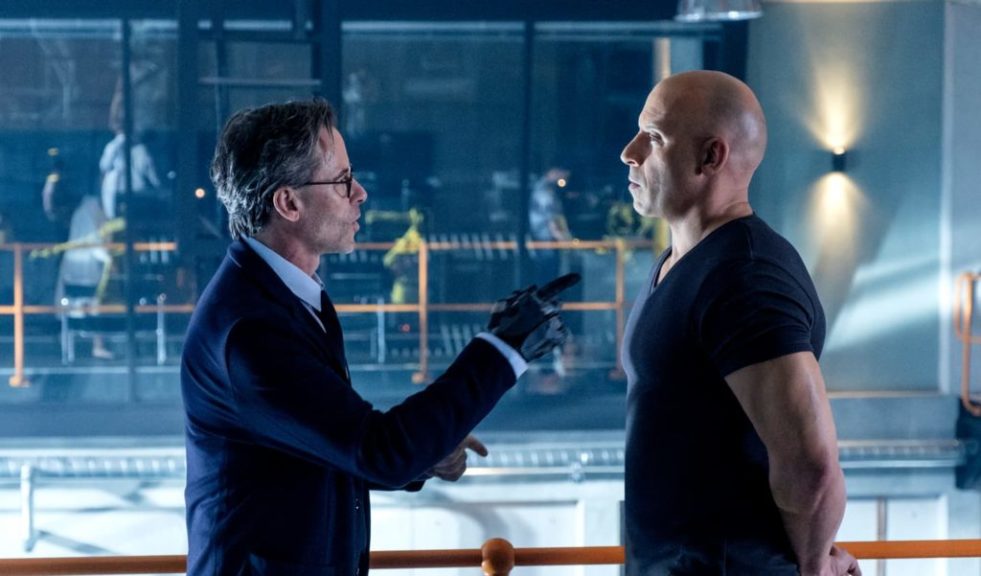 Directed by Dave Wilson | Written by Jeff Wadlow and Eric Heisserer, based on the comic by Kevin VanHook, Bob Layton, and Don Perlin | 109 min | On Demand and Amazon Prime 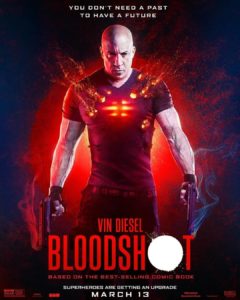 With all the suction Vin Diesel has in Hollywood, he can green light any movie concept imaginable. It makes sense he’d want a superhero movie or something like it — beyond being the voice of Groot in The Guardians of the Galaxy — and for Diesel, a single movie isn’t enough. He wants a franchise. It’s hard to imagine anyone — especially someone with Diesel’s experience — looking at this script and thinking this would be the one to throw his weight behind.

The story, such as it is, is about a Ray (Diesel), a marine whose wife (Talulah Riley) is “fridged” by a psycho killer (Toby Kebbell dancing to Talking Heads, natch’), before Ray is also murdered. Cue a high tech firm led by Guy Pearce, who, like his cadre of former soldiers is “enhanced” with cybernetic implants, who take possession of Ray’s body. Ray’s brought back to life full of nanotech, making him better, stronger, faster, but he can’t remember his wife, or what happened to her — until suddenly he can, which sends him on a bloody mission of revenge.

It turns out there’s more to this “reality” than Ray knows. We, however, might not be entirely surprised. 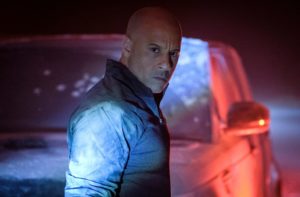 Like the super-soldiers in this awful movie, the plot is stitched together with parts of more advanced machines, cinematically speaking, from Upgrade to The Bourne Identity, even a dollop of Pearce’s best work, Memento, which makes his appearance here feel like slumming.

But the problem isn’t the material — there’s a lot to the idea of an angsty protagonist reinforced by science fiction tech, just like there was back in the 1970s with The Six Million Dollar Man — it’s all in the execution. 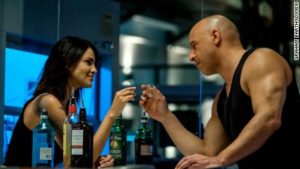 First-time feature filmmaker Wilson comes from the world of special effects, which here are garish and obvious, but his storytelling instincts feel like they’re inspired by first person shooters — with all the accompanying depth. If this was a scrappy b-movie, that might be forgivable if it came with any skill or excitement in the action beats, but the filmmakers have given no thought to the kind of choreography that’s made the John Wick franchise the best action series around, instead doing the rapid edit thing between Ray’s every punch and kick, which makes for a whole lot of incoherence.

One of the many questions the picture raises: Why set your movie partly in London but shoot it in Cape Town and Budapest? These street scenes supposedly in the London suburbs are the least convincing versions of the city I’ve ever seen. 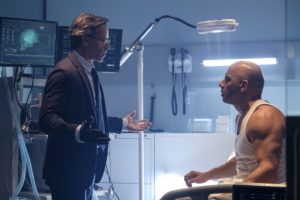 Even with all these issues, the movie might still be worth watching if the person in the lead role wasn’t a monosyllabic, sluggish mass of flesh, mumbling his lines and failing to connect with anything resembling a human emotion. Peter Weller, whose face was covered for most of Robocop, brought exponentially more real emotion to the role of someone who sacrificed his humanity to become a living weapon. 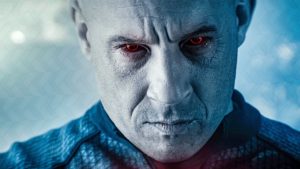 The one bright spot here is Lamorne Morris as Wilfred Wigans, a motormouthed programmer who brings a touch of levity to the proceedings. It’s not nearly enough to make it watchable.