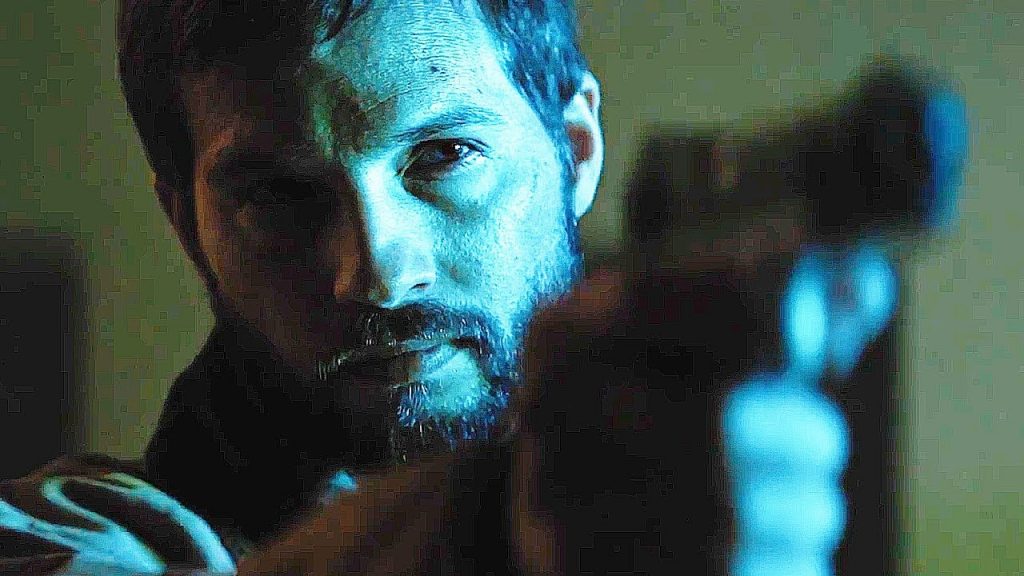 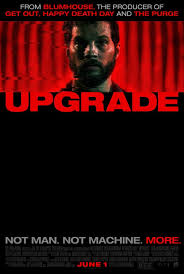 An Australian sci-fi exploitation picture from the good people at Blumhouse (Insidious, Split, Get Out), with writer/director/actor Whannell helming his second feature, this is a genuine surprise for the summer of 2018. It’s a total blast, an R-rated, near-future mindbender in the tradition of the original Terminator and Robocop.

It stars American Logan Marshall-Green (who looks unnervingly like Tom Hardy) as Grey Trace, an auto mechanic who works on muscle cars in this era of self-driving vehicles. One of his Firebird refurbishments goes to a client named Eron (Harrison Gilbertson), a tech genius who’s invented a chip with almost supernatural abilities. But when Grey and his wife, Asha (Melanie Vallejo), have a run in with a quartet of armed cyborgs, Grey is left alone, quadriplegic, and suicidal. It doesn’t take much for Eron to convince Grey to have the chip, called STEM, installed. He promises it’ll give him his mobility and life back. Of course, there’s more to STEM than is immediately evident, and when Grey starts an investigation into those four bad guys, he runs afoul of a detective (Betty Gabriel from Get Out) on the case.

There’s not a lot of nuance here in the performances or script, but the narrative is scrappy and unpredictable. The production values are high, and the conceptual, science fiction elements are terrific. It occasionally goes a little too far—one of the cyborgs can exhale deadly nanotech, which seems more than ridiculous—but the maintenance of an internal logic and plausibility is otherwise on target, and it doesn’t take itself entirely seriously. 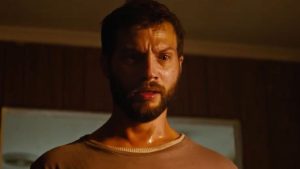 The Blumhouse brand typically pushes into bloody horror territory, which I can take or leave, but what really impresses is Whannell’s technical confidence and creativity with the action sequences, camerawork, and overall world-building. Just when you think you’ve got it figured out, there’s another reversal. Hardcore sci-fi nuts might piece it together in advance, but even so, this is a real ride from start to finish.

If there was any justice in the world, Upgrade would be earning Deadpool 2 audiences, competing with that franchise for the summer’s R-rated escapism dollar. It deserves to.