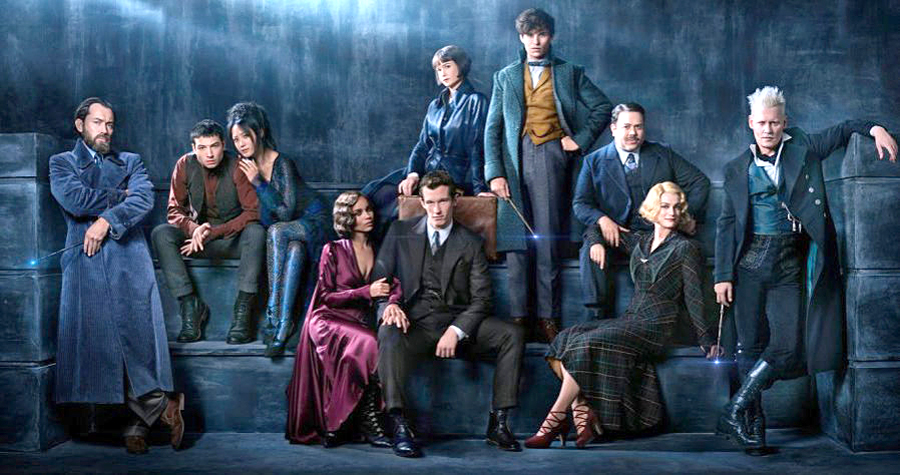 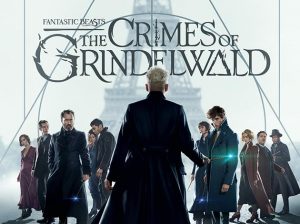 I read the first three Harry Potter novels, though when the movies started coming out at regular intervals I started watching them instead. The films were fun, if a little too repetitious, but the kids were adorable, and the production values and the calibre of British thesp featured in supporting roles were very high. The adaptations’ over-reliance on a pre-knowledge of the books really started to be plain in the final two movies—also directed by Yates—when everyone got weepy over the demise of a character like Nobby, the House Elf, a CGI creation we never really got to know on screen. It only made sense if you’d read all the books. 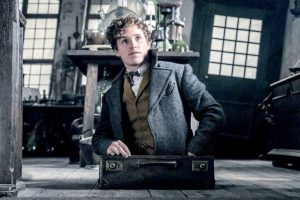 Fantastic Beasts: The Crimes of Grindelwald is rife with these presumptions, but without the script having been based on a book. This movie should’ve been a 10 episode HBO series, which would have allowed the unwieldy cast of characters a chance to breathe.  The brilliant novelist JK Rowling hasn’t absorbed the fact that you can’t include a similar level of detail in the plotting of a screenplay as you do a book and expect us to give a shit about everybody. Worse, the characters from the first film that we’re already invested in—and I am a fan of the first picture—are pushed out of the narrative focus, forced into support by too many inessential newcomers. 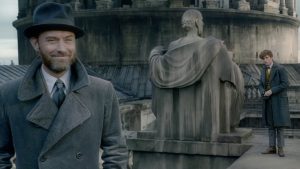 Grindelwald was the villain of the first picture—played by a fascinating Colin Farrell, who was later revealed to be a less interesting Johnny Depp, like some late-coming Dr Parnassus sequel—and here he escapes American magical authorities, heading to Paris to help foster his revolution. His plans for conquering the non-magic world have something to do with Credence (Ezra Miller), a powerful obscural (and I’m not even going to try and explain what that is) who was supposed to have died in the last film, but didn’t. The ostensible lead here is the weirdly twitchy Newt Scamander (Eddie Redmayne), who’s still a little hard to warm up to. Though he’s supposed to stay put in the UK, Hogwarts professor Albus Dumbledore (Jude Law, the most welcome and charming of the new characters) sends him on a mission to find Credence and stop Grindelwald. Yes, Newt’s pals Jacob (Dan Fogler) and Queenie (Alison Sudol) reappear, and his love interest, Tina (Katherine Waterston), and are largely wasted. Their characters deserve 50% more screen time. 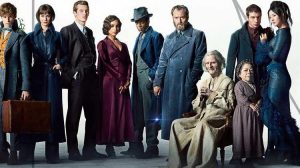 Instead, we get a little too much of the conflicted Leta LeStrange (Zoe Kravitz), Newt’s schoolboy crush who’s now with his brother, Theseus (Callum Turner), Nagini, the snake woman (Claudia Kim), and Yusuf Kama (William Nadylam), who I don’t even know why is in the picture given how little impact he brings on the plot. Late in the running we meet a fellow called The Alchemist, and the same question applies to him. Oh, and there are the overused CGI magical creatures of the title and a couple of extended flashbacks that grind the narrative to a complete halt. 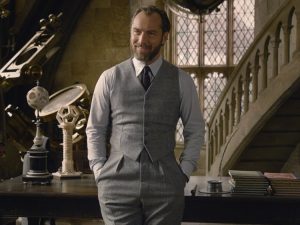 If you scratch the surface of this thing, there are some interesting themes to be puzzled over about the history of minority persecution and bigotry between the wars, as well as nature versus nurture, but it barely registers in the generic CGI slurry and noise driven by a general overcrowding.