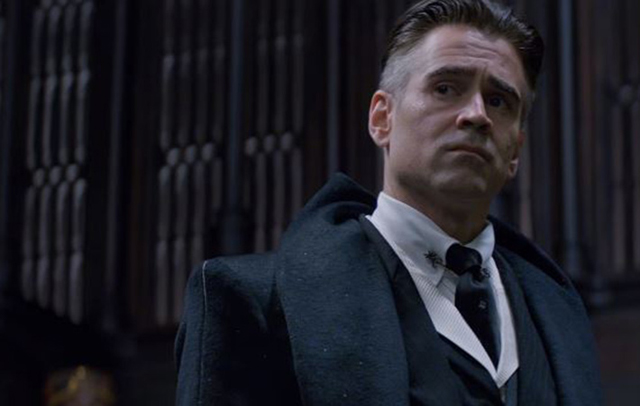 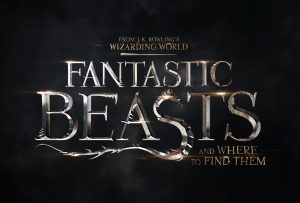 Warner adapting Rowling’s guide to the Harry Potter universe’s magical creatures seems, on the face of it, a calculated money-grab. The story is even set in the past, in the 1920s, another bad sign: As we all know, quality prequels to beloved fantasy franchises are exceedingly rare.  What a pleasure to report, then, that Fantastic Beasts is a joy, a (mostly) self-contained picture that offers a brand new jumping-in point for audiences, whether you know what The Sorting Hat is or not.

Eddie Redmayne is Newt Scamander, an awkward, tweedy wizard arriving in New York by water. He’s carrying a beat-up old suitcase— this is a film where luggage gets more screen time than most of the cast—and we know of creepy things there-in.

We’re swiftly introduced to a large and colourful cast including Porpentina Goldstein (the terrific Katherine Waterston), a disgraced agent of MACUSA (the Magical Congress of The USA… and, yes, I did have to look that up), and Jacob Kowalski (Dan Folger), a factory worker looking for a loan to open his own bakery. He’s also a No-Maj, the American expression for a non-magical Muggle. Mary Lou (Samantha Morton) is an abusive, anti-witch fundamentalist raising a group of orphans, including a young man named Credence (Ezra Miller). There’s Graves (Colin Farrell), another MACUSA agent who’s friendly with Credence, on the hunt for an Obscural, a dark force that suppresses the magical abilities of children. It’s powerful, but it tends to kill them by age 10. And there’s Queenie Goldstein (the wonderful Alison Sudol), Porpentina’s sister, who feels like she’s been cloned from a strand of Jean Arthur’s hair. 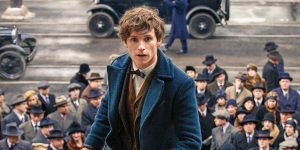 We also meet a whole bunch of magical creatures. This is where Jacob is especially useful: As the non-magical person stumbling into this world, he gets to be the audience’s proxy, amazed at all the beasties who crawl out of Newt’s suitcase. The magical characters have to explain this world to him, and to us.

And what a world it is, stunning in its production design. The film actually looks a little like another New York period Colin Farrell film, Winter’s Tale , but with the budget boosted exponentially and invested fully in costume, sets, and locations, supporting a convoluted story that comes on quickly and at a serious clip, but it’s never too dense to follow.

For anyone not familiar with the Potterverse, all you really need to know in advance is that there are two worlds coexisting: the non-magical and the magical, and the folks who run the magical world work hard to keep their presence unknown from the other. For those who have enjoyed the previous Harry Potter books and films, you’ll find plenty of references to put you firmly in that world, even in the American locale, 70+ years before Harry.

Generally I’d be frustrated with a film that was so self-consciously flagrant in its use of CGI, but I give this one a pass: Sure, it would have been nice if they’d hired Jim Henson’s shop to do some RL puppetry, but this is how it goes. When the critter in question is a rhino the size of a semi truck with a bulbous, glowing snout, you gotta give credit to the imagination on display. 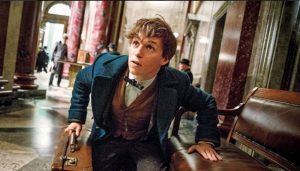 On the debit side are distracting, unresolved subplots that stink of franchise plants, like the one involving Jon Voight as a newspaperman promoting the political ambitions of his son, and Zoe Kravitz as an ex-girlfriend of Newt’s who’s frequently spoken of but only appears in a photo.

What restricts such criticisms to nits is the film’s energy, the high level of craft from director Yates—bouncing back from one the year’s worst pictures, The Legend of Tarzan—and a lot of humour to balance out the embedded darkness of child abuse and conversion therapy.

Winter’s Tale isn’t the only film channelled here: There’s also a dollop of The Imaginarium of Doctor Parnassus, but to say why would spoil the fun.