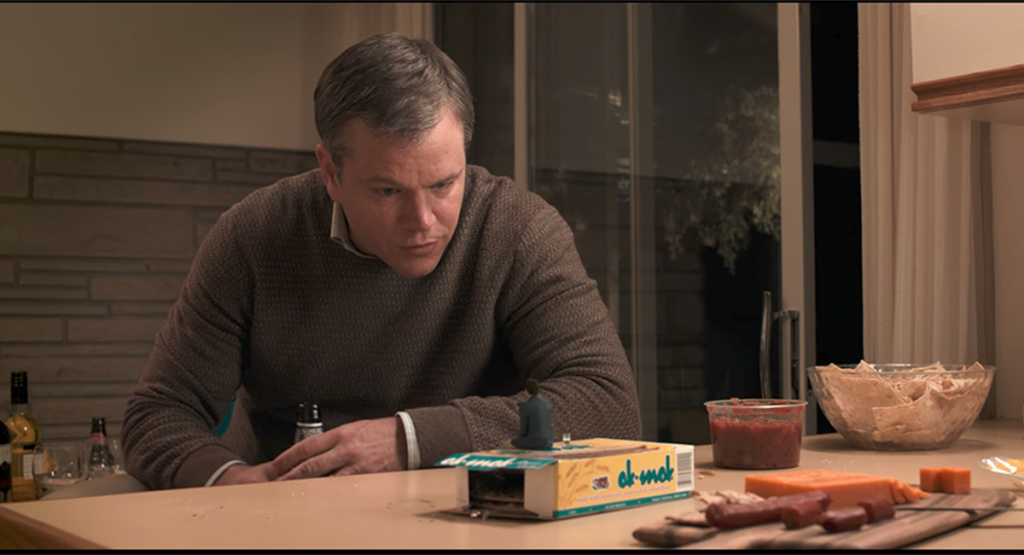 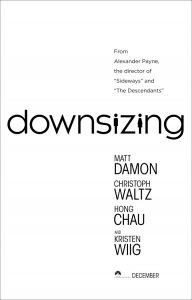 It may be the prestige season’s least-buzzed feature, but Alexander Payne, an award-winner for his wry, humanist dramedies (Sideways, The Descendants, Nebraska) has delivered a film that skews contrary to its marketing and to audience expectations. Don’t let that put you off: Downsizing is a peculiar beast, a film that may appeal more to the fan of allegorical science fiction, which is what it is, rather than those who dig social satire, which it really isn’t. 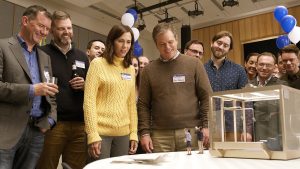 If you’ve seen the trailer, you know the gist: Matt Damon and Kristen Wiig are Paul and Audrey Safranek, white—really, really white—middle-class, middle-aged Nebraskans struggling a little financially and looking for a way to improve their (actually, pretty comfortable) lifestyle. A group of Norwegians (led by A Man Called Ove‘s Rolf Lassgård) come up with an ingenious solution to humanity’s impact on the planet: shrink us down to approximately six inches. We consume a fraction of the resources of a normal-sized human, and take up a fraction of the space, and, it turns out, with some creative ideas on how economics work, our cash is worth exponentially more when we’re tiny. This sounds like a great idea to the Safraneks, who are looking forward to their sprawling mansion and retirement lifestyle in a miniature community called Leisure Land. 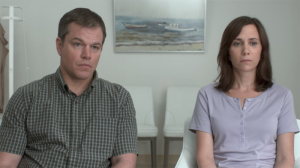 So far, so satirical, though with a gentle hand: In the first act, Payne dresses up his film as a critique of the “ideal” American suburban consumerist life, with all the attendant goods and services. Then he spends the next two acts, the bulk of the movie, upending that structure and taking us down a couple dozen rabbit holes, exploring themes from generosity and gratitude to managing the apocalypse, now.

More than that I won’t go into, because I think it’s fair to say one of the best things about this picture is how you’ll never really know where it’s taking you, even as it takes its time getting you there. It also gets funnier in the late going, offering the twin pleasures of Udo Keir and Christoph Waltz as obnoxious, party-loving dudes who import vice into this modern Lilliput, and a terrific performance from Thai actor Hong Chau, though her Vietnamese dissident isn’t entirely free of stereotype.

I should admit I’m not really on board with paunchy, everyman Damon—he brings some empathy to his role, but too often he’s so bland he almost disappears into the set dressing. Paul Safranek is a part tailor-made for Will Ferrell, who along with his former SNL colleague Wiig, might have delivered something a little more surreal and lively to the proceedings. 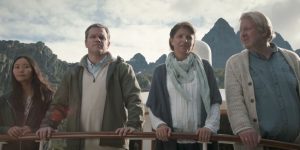 While recognizing its problems, I am going to stand against the prevailing critical winds and say Downsizing is one of the season’s quirkier and counterintuitive cinema offerings and worth a look. A bizarro amalgam of Logan’s Run and Pleasantville, that it exists at all amongst Hollywood’s audience-tested, pre-masticated product makes it an outlier for the particular cinema-going palette.