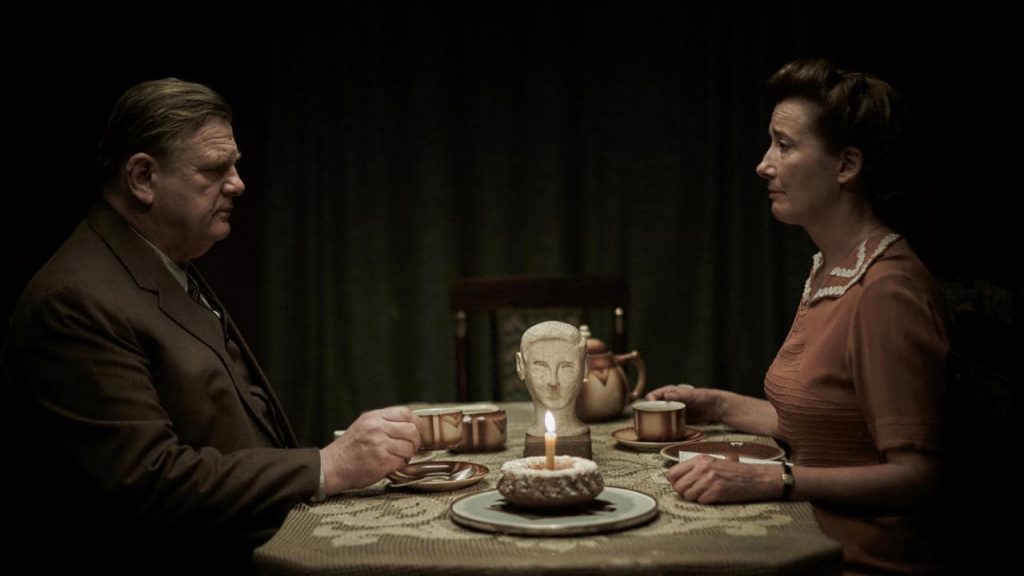 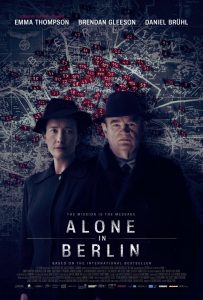 A sentimental concoction where the serious talent of the pair in front of the camera can’t quite overcome the deep cliches of those who have made decisions behind it.

Let’s address the first party: Emma Thompson and Brendan Gleeson are Anna and Otto Quangel, a middle-aged couple living in downtown Berlin in the early ’40s, whose son is killed at the front. Seeing injustice all around, the Quangels take it upon themselves to disobey civilly, dropping postcards around the city with anti-Hitler sentiments, attracting the attention of an intellectually vain investigator (Daniel Brühl) who, under the boot heel of the local SS commander (Mikael Persbrant), struggles to find the source of this rebuke to the fascist authority. Thompson and Gleeson commit full on, as you’d expect, while Brühl is OK—his character has the farthest to go with the least help from the script. 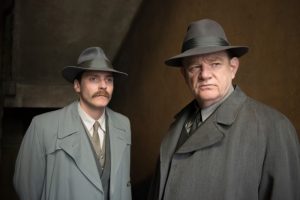 Which brings us to the core issue: the clichés of a WWII melodrama are all embraced with open arms, from painfully on-the-nose dialogue, predictable plot developments, and stock good-and-evil characters, to the irritations that come when English-speaking actors of various nationalities put on the accents of the culture they’re supposedly representing opposite actors from that culture speaking English—it’s something that comes up again and again in tasteful, well-meaning but clunky period dramas like this one and this one.  It’s a problem Kubrick solved 60 years ago in Paths Of Glory: Have your performers ease up on their own regionalisms, speaking an articulate, mid-Atlantic English, and let the audience figure it out. 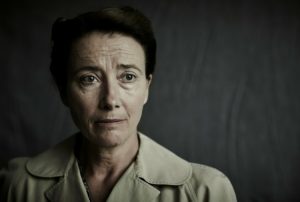 Alone In Berlin is adapted from a novel but based on a true story, which gives it an added weight. It’s directed by French star-turned-filmmaker Vincent Perez, and there’s no doubt his experience as a performer helps give his leads room to flesh out their characters. And while it’s never a mistake to enjoy Thompson and Gleeson putting on a show, Alone In Berlin otherwise tends to the ordinary.