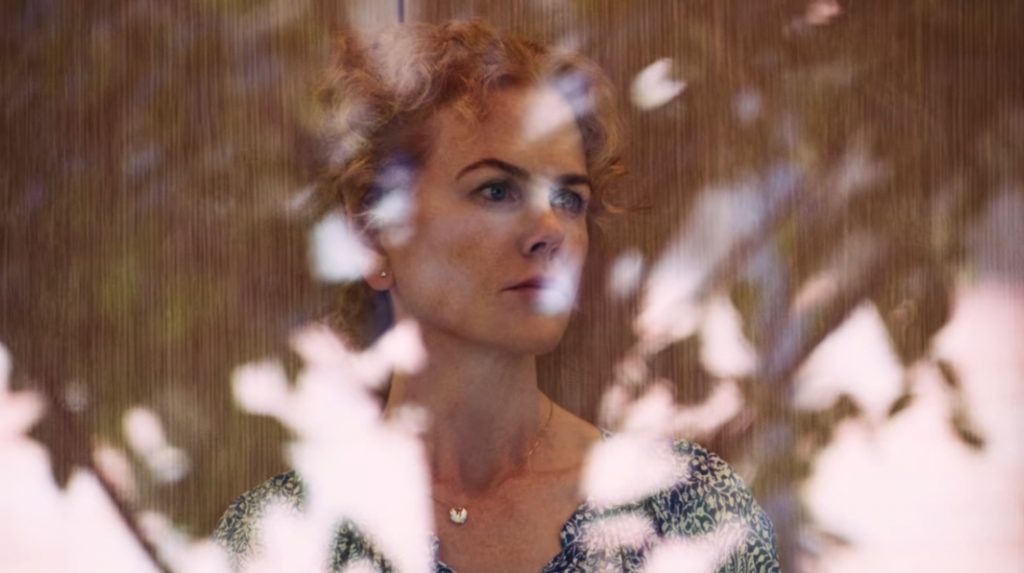 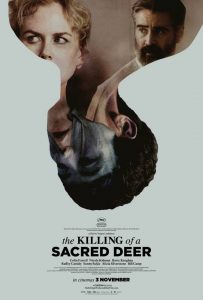 The Lobster was the picture everyone had to see last year, if only to hold an opinion on its baked-in weirdness. Greek filmmaker Lanthimos’ first English-language film brought his unique vision to the world in a big way. His follow-up is equally absurd, but instead digs into horror and thriller territory, with mixed results. 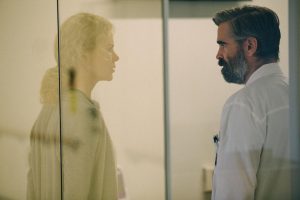 Steven Murphy (a whiskery Colin Farrell) is a smugly satisfied Cincinnati cardiologist, married to opthamologist Anna (Nicole Kidman, channelling a little of her Eyes Wide Shut stillness) with two kids, Bob (Sunny Suljic) and Kim (Raffey Cassidy). Steven also has an odd friendship with a teenager, Martin (Barry Keoghan, recently seen on a boat in Dunkirk). They talk about the appeal of steel versus leather watch bands. Of course. 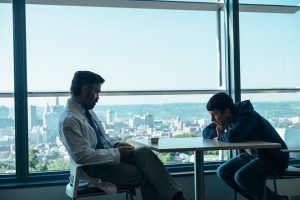 At first it’s hard to tell what’s going on here. Is Steven a pedophile? Is Martin looking for a substitute father figure?  Though Steven lies to Anna about Martin, characters otherwise speak as if all civil anxiety, and any sense of politesse, as been erased. Kim talks about getting her first period the week previous. Martin asks Steven to show him his body, to confirm how much hair he has, to which he agrees. All the exchanges are in ponderous, formal cadences. It might have been funny if it wasn’t so self-conscious, in contrast with the startlingly open and direct subject matter of the conversations. 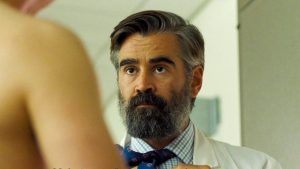 By the second act we’ve twigged on Steven and Martin’s secret: Martin’s father died on Steven’s operating table. Steven likely feels guilty, indulging Martin’s peculiar interest in him, even accepting a dinner with Martin’s mother (Alicia Silverstone, great to see her again). Martin blames Steven for his father’s death, and conspires to avenge him by somehow making Steven’s children sick before his eyes, and insisting he must kill one of them in order the balance the scales of justice. 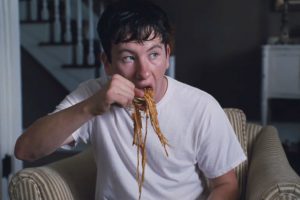 How Martin manages this power over Steven’s family is never explained. Instead, we’re just along for the ride as Steven and Anna have their identity as healers erased, chipping at their diminished empathy while they bear witness to their kids’ progressive illness. The film takes a few effective jabs at a hegemonic medical establishment in a similar way to The Square‘s skewering of the European art world. 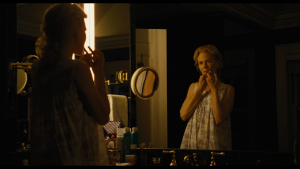 Say what you will about The Lobster, at least it was coherent. Its peculiar universe had rules, which you could follow or break, but there were consequences either way. Here, the picture sets up this artificial, mannered world, then moves swiftly into horror and thriller tropes. Lanthimos wants genre elements to mesh with his formal self-consciousness, but these choices feel in opposition to one another. It makes a late scene of a character, blindfolded, spinning around a room with a rifle, fly to the edge of ridiculous. Maybe that’s the point, but by then The Killing of a Sacred Deer has sacrificed both its stakes and suspense.

I’ll credit Lanthimos his Kubrick worship.  The prowling camerawork through Steven’s hospital workplace, the camera often angled slightly above the heads of the cast, evokes The Shining, as does the shuddering, atonal score. Your typical tableau isn’t enough for Lanthimos, he needs to be dollying in, or out, or at an oblique angle. More overt self-consciousness, but to what end beyond aesthetic pretension? It’s resolutely unmoving. 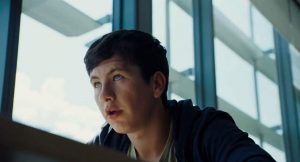 Any filmmaker with such a bluntly idiosyncratic persective is worth admiring, and Lanthimos’ film is lovely to look at, with a few strong performances. His repeated shots of Kidman seen through partly reflected glass are wonderful, and I find that stuff alone worth the price of admission. It’s just frustrating to see all this talent not add up to much of an emotional payoff. Had this been played just a little more straight it might have been a terrifying, elemental horror, or a cold, satirical comedy, rather than a diminished amalgam of the two.

The Killing of a Sacred Deer opens November 3, 2017, in Halifax