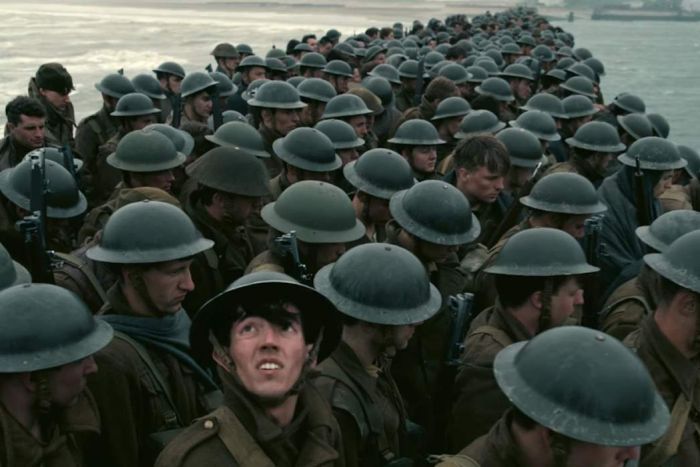 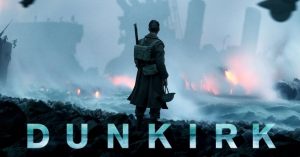 Film writers like me have tended to toss around terms like ‘bombastic’ when discussing Christopher Nolan’s films, but he’s the blockbuster filmmaker whose grand-scale work is never less than thoughtful. He tells stories with the confident hand of a master craftsman, exploring intimate themes of identity, memory, and personal and community responsibility, though his reach does occasionally exceed his grasp. That’s to his credit—playing it safe is never been his deal. It’s amazing in this age of franchise and audience-tested product he’s been able to carve out a career making crowd-pleasing work that demands to be taken seriously.  His best films—Memento, The Dark Knight, and Inception—tower over their genre peers. People will still be enjoying those pictures 50 years hence, and Dunkirk will join them.

Dunkirk has Nolan’s simplest plot since his remake of Insomnia and it’s his shortest film in years, which speaks to its focus. As usual, he eschews CGI in these large-scale scenes, recreating the evacuation of hundreds of thousands of British soldiers from French beaches as the German forces push them into the sea at the end of May, 1940. It’s startlingly beautiful,  these apocalyptic visions of war—whole segments are largely dialogue-free as he uses IMAX-shot imagery (by Hoyte Van Hoytema) to put you on the sloping decks of torpedoed ships, in their leaky hulls, and in the cockpits of the fighter planes flying above, all set to a pulsing, percussive score from Hans Zimmer with a terrifying, Bernard Hermann-esque edge to it.  If you aren’t seeing it on the biggest screen in town, you’re missing out, especially in those aerial scenes—one particular image of a stricken Spitfire has stayed with me.

Among the soldiers, sailors, and pilots are a few recognizable faces—though Tom Hardy’s is covered for much of the film, like his Bane from The Dark Knight Rises. He joins Kenneth Branagh, James D’Arcy, Mark Rylance, Cillian Murphy, Jack Lowden, Harry Styles, and newcomer Fionn Whitehead on Nolan’s vast field of battle. Nolan could’ve told his story in a linear fashion, but that’s not his style, so expect overlapping timelines to cleverly provide multiple perspectives on the same events. It’s a technique that deftly adds storytelling order to chaotic events. 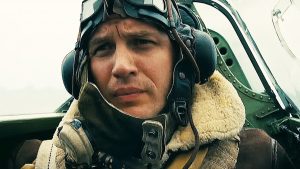 Despite the impressive scale and achievement on display, I would hesitate to call it visceral. It’s harrowing, illustrating the arbitrary nature of war—how death can come at any time from anywhere—but Nolan is nothing if not an intellectual, and at times his rigid formalism can work against his ability to reach his audience’s warmer emotions. As a work of suspense, Dunkirk is the high point of the year so far, and I was totally wowed by it as both a technical achievement and momentous, plausible recreation of history, but it won’t necessarily make you cry or cheer.

You will be awed, though. That’s no small thing.