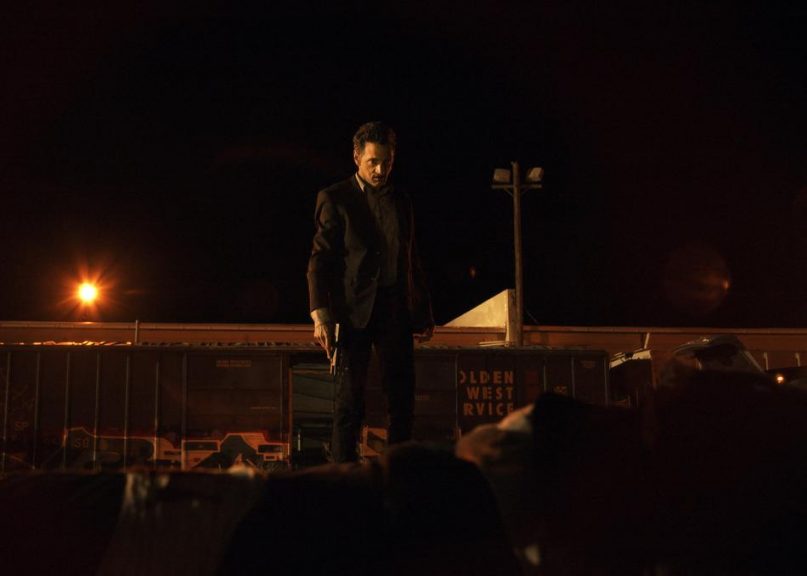 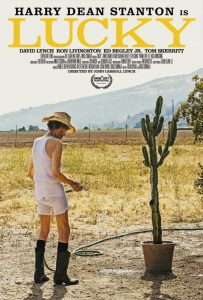 The death of Harry Dean Stanton barely 72 hours ago made Monday afternoon’s screening of his final starring role that much more poignant, and even more so because the film is an old man’s rumination on life and his own mortality. It reminded me a little of Paterson, without the poetry or twin iconography, and if Adam Driver was a nonagenarian. Both films even feature Barry Shabaka Henley in key support. Here Stanton is Lucky, living in some two-light California desert town, going through his routine: yoga and exercises in the morning, buying milk, a visit to the local diner for breakfast, his shows in the afternoon, and down to the bar for a Bloody Maria at night. When his day is interrupted by a fall, he starts to feel alone and afraid in the face of death. 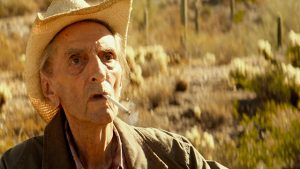 This isn’t a film with a lot of plot, but if you like your pictures philosophical, cameo-filled, and rambling, Lucky is for you. Director John Carroll Lynch is a capable character actor himself, and he’s given Stanton an ideal final statement, a piece of art about his imminent death. As my fellow Carbon Arc programmer  Zack Miller remarked, it brings to mind David Bowie’s Blackstar.

I especially enjoyed David Lynch’s role as Lucky’s drinking pal who’s misplaced his tortoise, and the brief appearance by Tom Skerritt, making for an Alien reunion. Oh, and the fact Carroll Lynch got Harry to sing. He had a lovely voice: my favourite role of his will always be in Wim Wenders epic Paris, Texas, a film with a gorgeous score featuring Stanton on vocals. #RIPHDS. 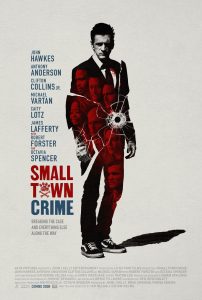 A terrific low-budget thriller written and directed by the Nelms Brothers, Esholm and Ian. Ian presented the film with producer/actor Michelle Lang, and shared his excellent Octavia Spencer impression.

The movie stars John Hawkes in welcome lead role as Mike Kendall, a former cop whose alcoholism got the better of him and may have cost his partner his life. Kendall is tight with his adoptive family, played by Spencer and Anthony Anderson, but he otherwise hasn’t got much going for him beyond a gorgeous, matte-black early ’70s Chevy Nova. He starts his day with a beer and goes from there. Hawkes plays Kendall very matter-of-fact—his life may be a disaster, but he doesn’t seem too perturbed about it. His honesty about his addictions, especially in job interviews, is refreshing. Things change when he finds a body at the roadside, leading to a prostitute ring and a criminal conspiracy. It gives him a reason to get up in the morning.

After the screening, Ian Nelms confessed to his affection for lighter thrillers of the past—some of Clint Eastwood’s 1970s pictures, even Lethal Weapon. That’s in the vein of what he and his brother have delivered here—not often laugh-out-loud funny, but a lot less grim and more playful than your typical 21st Century crime drama, with solid turns from grizzled character actors Clifton Collins Jr, Robert Forster, and Dale Dickey.

Now that we’ve got one of these, I’d love to see a franchise or a cable series: Mike Kendall, P.I. 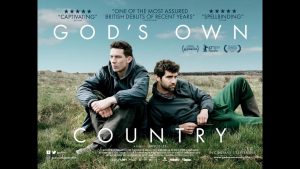 Actor-turned-filmmaker Francis Lee has an instinct for intimacy. That’s my biggest takeaway from his impressive first feature as writer-director, the kitchen-sink story of Yorkshire farmer Johnny (Josh O’Connor) who, away from his grandparents’ (Ian Hart and Gemma Jones) sheep and cattle farm, enjoys drinking himself sick down the pub and having casual sex, medicating his boredom and self-loathing. Gheorghe (Alec Secareanu) is a Romanian migrant worker hired onto the farm to help out for a short while, and it isn’t long before he and Johnny have recognized and acted upon their mutual attraction. 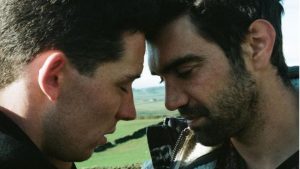 The story detail dedicated to life on the farm is fascinating, from scenes of cleaning out the barn, birthing calfs, and even skinning the lambs when necessary, in contrast with the awkward, sometimes violent sex. Gheorghe has to teach Johnny physical tenderness, and it’s a hell of a task for someone as repressed and inarticulate as Johnny. As someone after the screening remarked, the capable and sensitive Gheorghe is the real catch here, and hard-drinking Johnny should be lucky to have him. This is a moving, surprisingly deep love story about a real, if unexpected, connection, and it serves notice: Lee is a talent to watch.